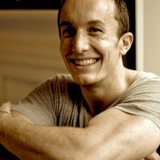 Dr David Jack is an aesthetic practitioner based between his clinics in Harley Street in London and Scotland. He graduated from the University of Glasgow and later became a member of the Royal College of Surgeons of Edinburgh. Dr Jack trained in the NHS until 2014, mostly in plastic surgery, before leaving to establish his non- surgical aesthetic practice, having worked in this sector part-time for almost seven years.

All features by Dr David Jack