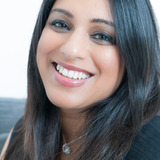 Dr Pradnya Apte graduated from Liverpool University in 1993 with a BDS in dental surgery. She did her preliminary training in early 2007 in facial aesthetics. In 2015 Dr Apte opened her first clinic in Exeter and opened another clinic in London the following year. She has won and been nominated for a number of awards and is now a regular columnist for Sunday Woman magazine.

All features by Dr Pradnya Apte