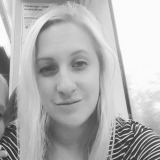 Kat Cooke was a Senior Journalist at the Aesthetics journal, having worked there since June 2015 until March 2018. She has previously worked for Sky News, providing live coverage of the 2016 EU Referendum and 2015 General Election, and has gained experience working on the features desk at Good Housekeeping Magazine, as well as working for The Economist as part of its Educational Foundation. Cooke gained her a 2:1 degree in journalism at City University London and is passionate about writing on health and beauty.

All features by Kat Cooke