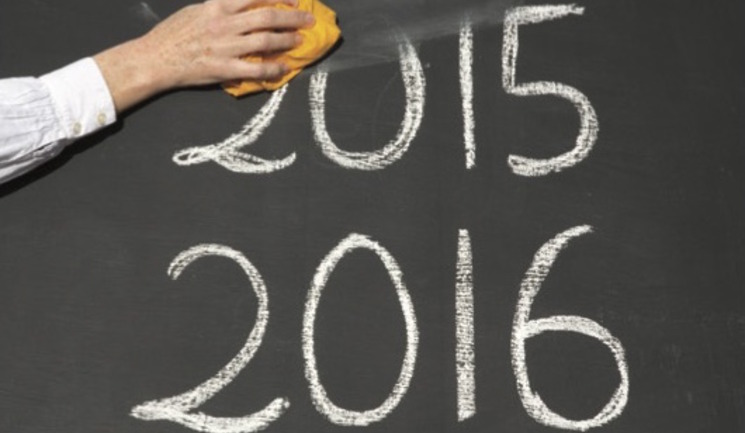 This year has brought about a significant change in patients’ attitude toward aesthetic procedures, according to aesthetic nurse prescriber Adrian Baker. He believes patients are becoming more wary and careful than ever before. “What I have seen from my patients this year is a lot more caution and a lot more questions being asked – which I think is a good thing. Usually I would have to try and encourage my patients to ask questions or simply hand them the information I think they should know; now they are asking themselves. It’s nice to see patients coming in more informed and probing me as practitioner. Patients ask, ‘Who are you?’ ‘What do you do?’ ‘Is that safe?’ ‘How long has that been used?’ – It’s great.”

Aesthetic practitioner Dr Beatriz Molina has also seen a change in her patients’ this year, as she says they now want to be able to get everything they want from one clinic or practitioner. “We are noticing a huge difference in our clinic; patients are coming in and wanting us to provide them with everything they require. Not only do they want the treatment, but they want the aftercare products, the moisturisers, and the supplements.” Dr Molina has tried to cater for this demand by offering a bespoke skincare range, which she believes has been another big development in 2015. “In the patient consultations, we would work hard to recommend the branded products that we sold in the clinic, but then the patients would go away and find it cheaper online, and it’s not necessarily the same quality.” Dr Molina decided to adopt the recent move of launching her our own branded skincare range, “Its been really popular and people have been coming back and buying it because they can’t get it anywhere else and it’s a really good price. I’ve seen other clinics starting to do this too and I think we are going to see a lot more of this in 2016.”

There has also been an increase in patients wanting minimally invasive treatments this year. Aesthetic practitioner Dr Preema Vig says her patients are now requesting a more natural-looking outcome to their treatments. “This year has been all about the ‘tweakment’ – little treatments that tweak rather than tuck. My patients’ want subtle treatments, to look rested, uplifted and refreshed – not like they’ve just had a procedure done.” Plastic and cosmetic surgeon Mr Adrian Richards agrees the natural-look is back, “It has become almost fashionable to look natural – less is now more.”

Looking at developments in treatments and techniques, Dr Molina believes that the advance in thread lift treatments has been a big achievement in the industry. “I know they have been around for a long time but there has been a big boom in threads this year – they’re huge. There is more competition now with more brands of threads available, which does means it’s a little bit costly, so I would like to see the prices revised.”

Although the mainstay of most aesthetic clinics still tends to be dermal fillers and botulinum toxin, Dr Vig believes that aesthetic body treatments have proved very popular this year, especially fat freezing treatments. “There has been a number of cryolipolysis devices launched in 2015 and I’ve definitely seen an influx of patients wanting these procedures.” Mr Richards has also noticed the patient demand for fat freezing treatments, “These treatments weren’t big last year but this year they certainly are. Lots of colleagues have told me how popular these treatments are and commented on the amount of enquiries they have had.”

Reflecting on the issues faced by the aesthetics industry in 2015, Dr Vig suggests that the ‘selfie culture’ on social media is causing patients to over-analyse their appearance and leads them to seeking out treatments they don’t necessarily need. “I’ve seen an increase in requests from younger patients for aesthetic treatments,” Dr Vig explains. “Whereas normally I might not see a patient until their late 30s, 40s or older, I have now seen women in their 20s wanting procedures. I think there is a fixation on looking perfect and it’s causing people to hone in on tiny imperfections just because of a certain angle on a photograph or ‘selfie’, when in real life, it isn’t obvious.” Many practitioners also worry that the industry still is not being taken seriously. Dr Molina says “I want recognition for aesthetic medicine, for it to be seen as a real, serious specialty. It’s very sad because, for practitioners who are passionate about aesthetics like me, we have felt that our industry is being vandalised by the bad practitioners – and unfortunately it has still been an issue in 2015.” Regulation has remained a concern for most practitioners this year. “It is the same old argument that has been carrying on since the Keogh Report,” says Baker. “I think sometimes we are considered by some professionals and members of the public as a bit of a cowboy industry. I do think some patients are almost playing Russian roulette when they choose a practitioner because there is currently no way for them to know who they are or how competent they are to do the procedure. Although it has been a slow process, I am confident regulation is going to happen.”

In September this year, Health Education England (HEE) released the final publication of its 2015 guidelines, giving its recommendations regarding the safe practice of non-surgical aesthetic treatments.1

This was in response to the 2013 Keogh Report, which called for greater regulation of the industry and labeled the lack of regulation with dermal fillers a ‘crisis waiting to happen’.2

Some practitioners have viewed these guidelines as a big step in the move towards tighter regulation of the aesthetic industry in 2015.

“Practitioners have been striving for regulation in the aesthetic and cosmetic sector for years – and often when policy has tried to be implemented, it has failed,” says Dr Tristan Mehta, managing director at the Harley Academy. “Off the back of the Keogh report, HEE created the first real framework for how qualifications in non-invasive cosmetic medicine can be achieved. This comes at a time when the General Medical Council (GMC) is opening up the possibility of credentialing; which will allow for doctors to gain formal acknowledgement for their competencies in this field.”

‘Credentialing’ would provide official recognition of practitioners’ capabilities in a particular area.3

Dr Molina also believes the possibility of credentialing and the HEE guidelines are an important move in the right direction this year. “We’re all working really hard to bring in better training and exams so that the profession is taken more seriously. Hopefully it will stop people being able to do a day course and start injecting straight away. The guidelines are another step forward towards this.” Similarly, the Nursing and Midwifery Council (NMC) has announced that from April 2016, they will be revalidating nurses and midwives to ensure they practice safely and effectively. This is something Baker is particularly excited about, “As a nurse, this has been something very exciting to happen this year. The revalidation that’s coming will allow nurses to feel empowered and it will encourage better learning and better practice. It’s going to give us confidence and ensure we are competent.”

What does the future hold?

Looking ahead to 2016, Dr Mehta believes this year’s HEE guidelines, along with the hard work industry bodies are putting in, will ensure positive changes for next year. He says, “Expect to see a wave of higher-education options for aesthetic training in 2016. As practitioners we should aspire to best-practice guidelines. We can ultimately pave the way to improved patient safety.”

Dr Molina hopes next year will bring more cohesion between the different specialties. “I would love to see more unity between aesthetic practitioners, surgeons, nurses, dentists and more. I believe together we can move forward and make the standards in this industry much better – working as a team and helping each other to minimise the risks, as well as push out the rogue practitioners. I know the different bodies, such as the BACN (British Association of Cosmetic Nurses), BAAPS (British Association of Aesthetic Plastic Surgeons) and BAPRAS (British Association of Plastic and Reconstructive Aesthetic Surgeons) are working hard independently to make this industry safer and better, but it would be good to see us all join forces next year.”

Mr Richards concludes, “The aesthetics industry has got a lot bigger this year and treatments are better than ever before, but what we need is regulation. It’s still a bit of a jungle out there, however I am hopeful we will see improvement next year.”