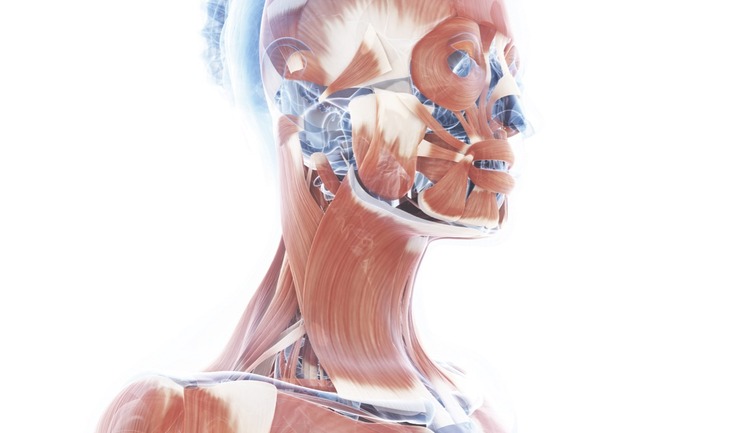 There is no doubt that a thorough understanding and respect of facial anatomy, combined with an understanding of the rheologic behaviour of modern injectable products will lead to more effective and safer dermal filler treatments. The aesthetic practitioner should also be familiar with a variety of techniques that can be employed to place the products in the correct tissue planes with minimal risk and downtime to the patient, and to produce maximal benefit.
In March, we presented a pan facial rejuvenation treatment using botulinum toxin and dermal fillers at the Aesthetics Conference and Exhibition (ACE) 2015. The aim of this article is to provide a review of the techniques that were employed for our patient at the conference. We will discuss the anatomic considerations and product rheology to support the technique choice.

The patient was a 45-year-old woman, who was medically fit and well, was not receiving any current medication and had no history of allergy. She previously had toxin treatment to the upper third of her face and a hyaluronic acid (HA) filler injected into her lips more than three years ago. Her expectation was to achieve a natural rejuvenation of her face with minimal downtime. Our assessment identified areas of subtle volume change in the forehead, temple, eyebrow, malar, perioral and jawline that were contributing to early signs of ageing.

The anterior midface, from an aesthetic perspective, will differ slightly from the true anatomical description,1 which has the midsagittal plane as its medial border and the transcanthal line as the superior border. As we are concerned with cheek fat rejuvenation, we can lower the superior boundary to the orbital retaining ligament, and the medial border to the lateral edge of the nasolabial fat. The lateral border should remain as a line connecting the lateral orbital rim and the oral commissure. Its floor is the surface of the maxilla and roof is the overlying skin. Its contents of note are the infraorbital foramen and the structures that run through it, the deep fat, and the subcutanous fat. Anterior maxillary resorption, reduction in volume of the deep investing fat, and loss of volume and descent of the subcutaneous fat all contribute to deflation and descent of this subunit, and thus contribute to flattening and hollowing of the lower eye. This area can be rejuvenated with dermal filler implants in both the deep fat and the subcutaneous fat.

Belotero+ Volume is suitable for both planes of injection and was the product used in this demonstration. It has a lower G Prime (gel hardness) but a high cohesivity, giving it the characteristics of lifting, however, it is also soft enough to mould and contour in the subcutaneous. Juvéderm Voluma is also used in this area with good results, as is Radiesse. A 25g cannula with an entry point over the maxillary process of the zygoma was used at ACE (Figure 1). This approach protects the infraorbital foramen, which opens inferiomedially, making it virtually impossible to cannulate from the superiolateral direction. Bolus deposits of 0.4cc or greater can be placed with obvious immediate result. The cannula was then withdrawn to just beneath the skin, re-angled and introduced into the subcutaneous, with product deposited using a fanning technique. We believe this to be one of the most useful and effective techniques in restoring the appearance of an aged midface.

Whereas the anterior midface is related to the medial portion of the lower lid and orbit, rejuvenation of the lateral midface by revolumisation will lift the lateral portion of the cheek and provide an aesthetic improvement to the hollowing of the lateral tear trough. The lateral midface can be defined as being a triangle, with one limb running from the lateral canthus to the upper part of the tragus, another limb running from the lateral orbital rim to the corner of the mouth, and a third limb from the corner of the mouth to the lower part of the tragus.1 A line drawn from the alar groove to the mid part of the tragus separates this unit into upper and lower parts, and volumetric rejuvenation typically concentrates on the upper part, particularly with reference to perioccular rejuvenation. As with the anterior midface there is volume loss in the deep compartment, above the periosteum, as well as subcutaneous thinning. Deep injections, perpendicular to the skin, can be performed directly onto the zygoma laterally, and the malar mound anteriorly to place lifting fillers in small depots. Belotero Volume+ was again the product of choice for our patient, this time with a 30G 1.5inch needle. Injecting perpendicular to skin minimises the amount of tissue that the needle will traverse, thus reducing the risk of vascular injury, and allows direct placement onto the superperiosteum, a safe plane of injection. A 25G cannula was used with an entry point lateral over the zygoma to place the moldable and cohesive HA filler (Belotero Intense in this case) into the subcutaneous plane for contour and definition. Single entry point and the use of blunt cannula allows for a large area to be treated with a reduced risk of hematoma.

The treatment of the midface is the first step in addressing an aged appearance to the perioccular area, and is often all that is required. In patients with more pronounced stigmata of ageing, however, we need to start moving superiorlaterally to address the ageing concerns of the upper face. One of the most noticeable ageing signs in this area is laxity and descent of the lateral brow, with the development of dermatocholasis. The traditional surgical approach is an upper blephoroplasty and a brow lifting procedure, however we can now address moderate lateral brow ptosis with toxins and fillers. If we look at the anchor points of the upper face above the zygoma, we see that the skin and subcutaneous tissues are firmly adherent to the underlying structures at the frontotemporal crest.2 Laxity below this area is noted due to volume loss in the superior and anterior temple area. This can be demonstrated in patients with a sunken temple appearance by placing a finger over the skin about 1cm posterio- superior to the zygomaticofrontal suture, and elevating the skin in a superio-lateral direction. If the position of the lateral brow elevates, then revolumisation in this area will contribute to the perioccular rejuvenation.

As we are concerned with cheek fat rejuvenation, we can lower the superior boundary to the orbital retaining ligament, and the medial border to the lateral edge of the nasolabial fat

The structures that cause us concern in this area are the frontal branch of the facial nerve, and the temporal arteries, superficial and deep. If you chose an injection point 1cm superiolateral to the zygomaticofrontal suture, you will likely be superior to the position of the nerve, which typically runs a little closer to the zygoma before running under the tail of the brow. The superficial temporal artery is simple to avoid, both by identifying its location by palpation, and by injecting in a deeper tissue plane. The deep temporal arteries arise from the maxillary artery and run deep to the zygoma and deep to the temporalis muscle before investing and supplying the bulk of the muscle. They are found posteriorly and inferiorly to the chosen injection point for this technique.3 Belotero+ Volume was used with a 30G needle and injected perpendicular to the skin, straight down until the tip of the needle made contact with bone. The advantage of a 30G needle in this area is that the bevel length on a larger needle is more likely to cross tissue planes and cause more intramuscular deposition of product. Aspiration was demonstrated to enhance injection safety as anatomical variants do exist. Depots of between 0.2 and 0.4cc of product were used to restore volume and create the desired elevation of the brow.

Bossing of the forehead in the supra-brow region in itself may be a cause of aesthetic concern. Just as temporal volume loss will result in laxity and lateral ptosis, a very small amount of mid and medial brow ptosis can be seen from volume loss in this area. Careful placement of small amounts of a softer dermal filler can often improve the overall rejuvenating effect of a treatment. The anatomical structures of concern are the supratrochlear and the supraorbital arteries. The supraorbital artery enters the forehead from the supraorbital foramen, which is found in the supraorbital ridge in the mid pupillary line. The supratrochlear artery runs in the orbit and pierces and orbital septum to cross onto the forehead about 1cm medial to the supraorbital. Both arteries are deep structures for the first centimetre or so of the forehead, running on the epicranium, they then run more superiorly within the frontalis muscle which they supply.3 The suprabrow forehead volume loss is typically more than 1cm above the orbital rim, so small depots can be safely placed in the superperiosteal plane. We used a 30G needle and a soft product, such as Belotero+ Balance, and place a series of depots of less than 0.05 in six areas (Figure 2).

Flattening and ptosis of the eyebrows is a feature of ageing that can be addressed in its early stages with both toxins and fillers. Careful relaxation of the depressor muscles is the first line of treatment and usually proves effective (Figure 2). Treatment with volume replacement presents the risk of embolisation of the supraorbital or supratrochlear vessels and must be undertaken with considerable care and attention. The position of the vessels is identified by surface landmarks and may also be checked with a Doppler ultrasound test.5 Definition and contouring can be achieved using a 27G 1.5 inch cannula in the subcutaneous fat, approached from a lateral entry point. The cannula has the advantage of presenting a reduced risk of vascular injury but must still be performed gently. Belotero+ Balance was used with great success for contouring the lateral brow of our patient.

The lower third of the face was also injected, which will be discussed in a separate article. The patient experienced mild swelling for a couple of days post treatment and no bruising. The patient will be reviewed in four months for toxin revision and in 12 months for filler maintenance.