An Introduction to Inflammation 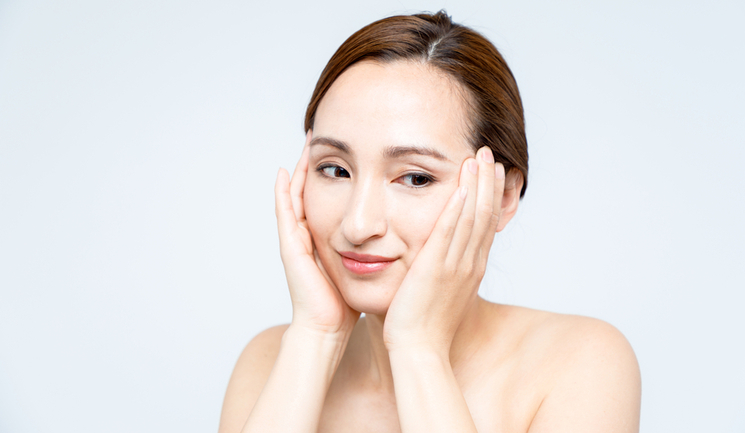 There is a wealth of research being conducted into the role that inflammation plays in ageing and disease.3 As each year passes, we learn more about how inflammation affects all of our organs, and the role it may play in the development of age-related conditions such as Alzheimer’s disease and heart disease, among others.1 Inflammation is also believed to play a role in cancer progression, autoimmune diseases and allergies: it is a fascinating area of exploration.2

The Institute of Inflammation and Ageing at the University of Birmingham summarises many of the latest findings and research projects on the News page of its website.3 In this article, I will explore the role of inflammation, and specifically chronic inflammation, in the skin-ageing process. As not only our largest organ, but also our largest external organ, skin is subject to inflammation from many sources throughout our lives. This can be caused by infection, environmental factors or other chemical exposure, and scientists now believe the inflammatory response is a key factor in how our skin ages.

When inflammation becomes chronic over time, it is sometimes also known by the portmanteau ‘inflammaging’.4 I will discuss how an aesthetic practitioner can help patients to redress the balance within the skin to both slow down the ageing process, and induce regeneration to repair some of the damage done.

Inflammation is a natural part of the body’s response to tissue injury, irritation or other harmful conditions, such as infection. Indeed, the inflammatory response plays an important role in defending the body, and is essential for tissue recovery. Acute inflammation and the immune response helps the tissue to repair or adapt over the short term.5 However, when inflammation becomes chronic (inflammaging), it results in effects that lead the tissue to degenerate.6

So, what is actually happening within the dermis when inflammation becomes chronic? Although not yet fully understood, a study by Baylis et al suggests that inflammaging is a ‘consequence of a remodelling of the innate and acquired immune system, which in turn results in chronic inflammatory cytokine production’.4

Essentially, the skin’s natural immune defence mode becomes locked in a repetitive cycle. The skin reacts to environmental free radicals and antigenic load damage by activating the immune response. This causes inflammation and repair, and the production of reactive oxygen species (ROS) that cause oxidative damage. This leads to a release of pro-inflammatory cytokines, which in turn lead to tissue damage and an immune response: and so the cycle begins again.7

What causes chronic inflammation, or inflammaging?

It is currently believed that inflammaging is a consequence of a cumulative lifetime exposure to certain stimulants. The resulting inflammatory response cycle causes tissue injury and healing to happen simultaneously.7 The resultant cellular and molecular damage, while not clinically evident, slowly accumulates over the years.7

In fact, there are many stimulants that contribute to the inflammation of the skin. These include environmental factors such as sunlight (UV), pollution and extreme weather,8 as well as exposure to other chemical irritants such as household cleaners or fabric detergents. Inflammation can also be exacerbated by cosmetic products and perfumes, smoking, and diet and alcohol consumption.

In what way is it related to skin ageing?

In a study by Borg et al, they propose that the pro-inflammatory cytokines, as described in the chronic inflammation process above, play a key role in the appearance of ageing skin, due to their influence on collagen.9

These cytokines inhibit the production of collagen, which is vital for the health of the skin.9 Collagen, the most abundant protein in the human body, essentially forms a scaffold that gives skin its strength and structure. It forms a fibrous network in the dermis, the middle layer of the skin, on which new cells can grow.

Collagen also plays a role in the replacement of dead skin cells. It is well known that collagen production declines with age (a part of intrinsic ageing), and also that it is reduced by exposure to ultraviolet light (UV) and other environmental factors such as pollution (extrinsic ageing).10

It has been claimed by Dr Diana Howard, vice president of research and development for The International Dermal Institute, that as much as 80-99% of the changes we see on our skin as adults is caused by exposure to daylight

Research by Borg et al indicated that not only do the cytokines reduce the production of new collagen, they also degrade existing collagen by increasing the production of MMP-9.9 MMP-9 is a matrix metalloproteinase which has the capacity to degrade most of the proteins that make up the dermal extracellular matrix.11 This affects the skin’s overall appearance and resilience.

There are many factors contributing to the loss of collagen as we age, and it is this loss that causes the skin to become thinner, less resilient and more wrinkled in appearance.

What can be done to slow down the process?

Taking steps to reduce exposure to known environmental irritants, and working to improve diet and overall health, can go some way to addressing the effects of chronic inflammation. Encouraging patients to avoid the damaging UVA and UVB rays, for example, will reduce free radical formation in the skin.12

It has been claimed by Dr Diana Howard, vice president of research and development for The International Dermal Institute, that as much as 80-99% of the changes we see on our skin as adults is caused by exposure to daylight.13

Also effective are products containing retinoids such as tretinoin, which has been suggested to assist in the formation of new collagen fibres

However, in reality it is not possible to avoid all possible sources of skin inflammation. Exposure to air pollution, for instance, is something we currently have little control over. So in what ways can we as aesthetic practitioners help patients?

The good news is that there are many ways that an aesthetic practitioner can address the symptoms of chronic skin inflammation. There are four key approaches that aim to treat both the cause of the inflammation and its effects (such as the reduction of collagen). These approaches all achieve the same aim: the choice of treatment depends on the patient’s preferences. They can each be used individually or in combination with one another. Some patients, for example, choose to alternate the different techniques.

The intention with each of these approaches is to subject the skin cells to a small, controlled injury. This stimulates new skin growth, improving the appearance and surface texture of the skin. The four treatment approaches are:

There is a large variety of skincare products available that contain active ingredients to reduce inflammation and neutralise free radicals. Anti-inflammatory ingredients such as L-bisabolol14 and resveratrol15 for example, are thought to help reduce chronic inflammation by reducing the pro-inflammatory cytokine production cycle.

Also effective are products containing retinoids such as tretinoin, which has been suggested to assist in the formation of new collagen fibres.16 However, it should be noted that this is not a short-term fix: a treatment period of at least six months is needed to see maintained improvement in collagen formation.16

Also known as a chemical peel, this takes the form of a topical product applied to the dermis to create an injury at a specific skin depth. Peels can be superficial, medium or deep, and these differing ‘strengths’ address different skin complaints by acting on different areas of the dermis. Deep peels are particularly effective for photoageing, wrinkling and scarring.

They act on the reticular dermis, the lower layer of the dermis, which is densely packed with collagen fibres. The surface texture of the skin is improved by encouraging collagen production.17

Using a microneedling device, such as dermaroller, to make thousands of shallow, microscopic needle holes in the dermis is another option. The microneedles are less than 1.5mm in length and only 0.1mm in diameter. The skin responds with the wound healing process, which induces the production of a new layer of collagen in the dermis.18

This technique is effective on photodamaged skin and wrinkling, as well as scarring.19 It usually takes around six weeks for visible signs of regeneration, and three treatments, spaced around six weeks apart, are most beneficial.

This approach delivers specific wavelengths of light to the skin to induce ‘damage’ at a cellular level. Depending on the technique used, this may be either thermal damage (photothermolysis) or a biochemical reaction. These distinctive procedures can be used in combination with each other. Both the thermal damage20 and biochemical reactions21 encourage an immune response and stimulate regeneration and renewal.

Light therapy is a non-invasive technique, and as such, is pain-free. The number of treatments recommended is dependent on the individual.

There are many methods and approaches at the aesthetic practitioner’s disposal to treat inflammation and help to mitigate its effects. Each of these intends to induce a controlled injury in order to break the chronic inflammation cycle, and also encourage production of new collagen.

Further research is needed into the role that cytokines play.9 As we continue to learn and understand more about the process, we can expect further developments in the range of medical skincare products available.