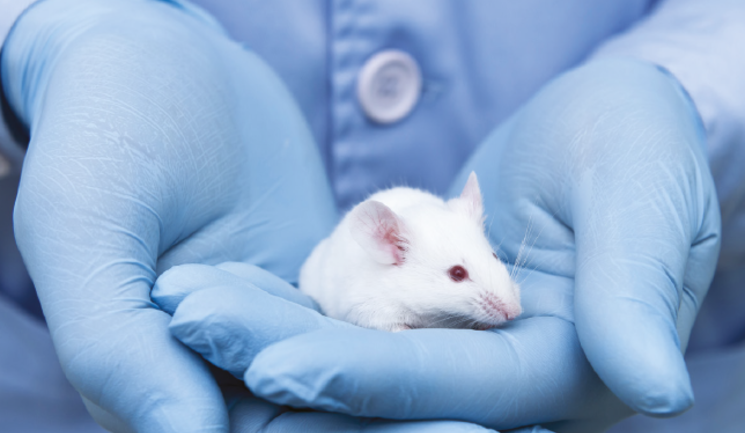 Botulinum toxin manufacturer Ipsen recently announced that it had implemented the use of a cell-based test for products sold in the EU.1,2 The in vitro Cell-Based Assay (CBA) test aims to replace the controversial LD50 (lethal dose) poisoning test, which is defined as ‘the dose of a test substance that is lethal for 50% of the animals in a dose group’.3

The announcement was applauded by animal activist groups such as Cruelty Free International and the European Coalition to End Animal Experiments (ECEAE). Dr Katy Taylor, director of science at the ECEAE, stated, “We are delighted that Ipsen has successfully gained the approval of a non-animal alternative in Europe. This will put an end to the cruel killing of hundreds of thousands of mice for the testing of their botulinum toxin products.”4 Since 2013 there has been a complete EU ban on the manufacture, import and marketing of cosmetics developed through animal testing.5 However, toxin products are subject to testing because they are classified as a medicine by the Medicines and Healthcare products Regulatory Agency and each new batch is considered a new product, therefore they require rigorous potency, quality and safety testing before being released to the market.6,7

Ipsen’s testing methods for Azzalure/Dysport now aligns with those used for Allergan’s Botox/Vistabel and Merz’s Bocouture/Xeomin, which implemented cell-based testing in 2011 and 2015 respectively.8,9 However, it’s important to note that the companies have not stated that the tests will completely eradicate animal testing for toxin products; according to Allergan, such a test can reduce the use of animal-based testing by up to 95%.10

Cosmetic doctor and ophthalmologist Dr Tahera Bhojani-Lynch, who has been working with injectables since 1995, notes, “I think the difficulty with biological assays is that they are not a substitute for animal testing; they are an alternative. What that means is that they tell us different things. For that reason, the results of biological assays have to be validated as being meaningful in living creatures, and I suspect that is why they cannot switch entirely form living test subjects (whether animal or human).”11

Ipsen stated in a press release, "This major milestone is the result of Ipsen’s commitment to animal welfare and extensive investments in the research and development of an in vitro Cell-Based Assay that could achieve a level of precision comparable to the mouse-based LD50 assay. The CBA is meant to replace the mouse-based LD50 assay and will lead to a drastic reduction of animal-based testing."1,2 Although the general treatment of animals does attract significant press coverage and lobbying from animal activist groups, how animal conscious are aesthetic patients and do they really care about how their products are made?

Is animal welfare on patients’ radar?

Aesthetic nurse prescriber Lou Sommereux agrees that these kinds of questions are not common in her clinic either; however, she believes that there is a naivety among the public when it comes to medicines and animal testing, so this is unlikely to be an indication that they are not animal conscious. She explains, “Maybe one of the reasons that I don’t get asked about it very much is because it’s widely known that animal testing for cosmetics is banned, and so people probably assume that no aesthetic products are tested on animals. I don’t think people are really aware that medicines have to go through animal testing and I think it’s something that perhaps they should be made more aware of.”

Barney Reed, senior scientific manager at the RSPCA agrees that there is a lack of public knowledge when it comes to animal testing for botulinum toxin. He recently stated on Twitter, “Most people having these injections are probably unaware of the animal suffering the testing of these types of products can cause. They would no doubt be horrified to find out that their desire for a wrinkle-free face may lead to lab animals experiencing suffering.”12,13

Dr Bhojani-Lynch notes, “As medical professionals we have always accepted that if you prescribe any medicine there would have been some animal testing. We may not like it, but we have to accept it. Animal testing is unfortunately what is required and, as we are seeing, there is a lot of legislation to minimise it.”

Sommereux says that the types of patients who will be particularly interested in what their products contain are vegans and vegetarians. According to the Vegan Society, veganism is a lifestyle choice that is on the rise.14 Recent reports suggest more than 3.5 million British people now identify as such, compared to 540,000 in 2016.14,15

She says, “I think that people are more aware of how we impact the planet overall, through considerations for things like plastic use, animal welfare and other environmental reasons, so they are changing their lifestyle to reflect their values.”

Although, she notes, “In my experience, I have found that these types of patients are in the minority. If someone is conscious of animal welfare, however, it’s my responsibility to sit down and talk them through the products I use. Maybe it will mean that they don’t have treatment and that’s absolutely fine; we need to respect people’s values and their opinions.”

Although Sommereux does not directly ask patients about specific lifestyle choices such as diet when performing facial rejuvenation treatments, she does advocate making them aware of how products are made if they mention they are vegan, vegetarian or concerned with animal welfare.

She says it’s vital that practitioners have thorough knowledge on the ingredients of the products they use, as well as how they have been tested, explaining, “If a patient has made it clear to you that their lifestyle is geared around using non-animal based or tested products and you are not divulging where the products you use on them come from, then I personally think that’s terrible.”

Sommereux suggests that it could be a good idea to mention animal testing or even ingredients that contain animal derivatives in consent forms, which would make it easier to initiate discussion and patients can then carefully consider the products they undergo treatment with. She concludes, “I think it’s very important for practitioners to be honest and have morality and sensitivity to our patients’ needs in all situations.”

* Global animal rights organisation PETA has an ingredients list which can be used to determine what ingredients may be animal derived.