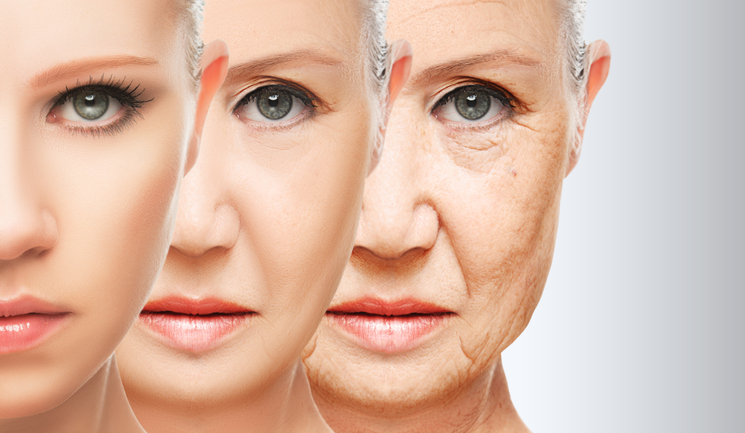 In June this year the Royal Society for Public Health (RSPH) published a report that examines how attitudes to ageing can affect health and wellbeing.

That Age Old Question detailed the responses of 2,000 people using focus groups and a national survey, before making policy recommendations based on the results.1 While part of the report looked at ageism in general; for example, negative stereotypes of older people as lonely, vulnerable, in poor health and an economic burden, it is also explored the public’s perception of appearance in older age.

One of the most striking results suggested that nearly half (49%) of women and a quarter (23%) of men said they feel pressured to stay looking young. Other results found that three in five respondents (58%) believe that they will become less attractive as they get older, one in four 18 to 34-year-olds (24%) agreed ‘older people can never really be thought of as attractive’ and only 12% of older women said they were satisfied with their body size.

Aesthetics speaks to two practitioners to find out if these related to their patients and how they approach similar negative attitudes in their clinics. Aesthetic business consultant Wendy Lewis also shares her views on how clinicians can focus their marketing to help reduce this pressure amongst the public and potential patients.

The pressure to look young

Aesthetic practitioner Dr Beatriz Molina says, “It’s true that you hear from older women that when you get to a certain age, you begin to feel invisible. They definitely feel more pressure and feel as though they’re seen as less attractive.” Nurse prescriber Sharon Bennett agrees that women, more than men, feel the pressure to look younger.

She says, “With the negative hormonal changes associated with female menopause, it’s no surprise that a lot of men look better with age than women and are therefore more confident with their looks.” She notes, however, that most women don’t want to look drastically younger, explaining, “They generally want to look no more than 10 years younger; good for their age, not half their age.”

In regards to the suggestion that 18 to 34-year-olds think older people can’t be thought of as attractive, Bennett comments, “I don’t believe that really. I find that a lot of younger people think older men and women look gorgeous. Of course, a lot of younger people are frightened by wrinkles, yet when they actually look at older people they don’t necessarily think they’re unattractive; they appreciate their attractiveness for their age.”

On the other hand, Bennett explains that she has found the younger generation are a lot more conscious of the ageing process and, thus, are more concerned with taking care of their skin early on. Dr Molina adds, “I think in general we need to be careful with the younger generation as they are becoming too focused on their looks.”

She notes TV programmes such as Keeping Up With The Kardashians and Love Island do increase the pressure on young people to look a certain way, which is likely to then have a direct impact on their attitudes to ageing. She continues, “Everyone likes to look at beautiful things and there’s nothing wrong with that as long as you’re doing it from a healthy perspective.” For her, recognising when a patient may be more seriously affected by the ageing process is key. “If I’m treating someone with insecurities then I’m not helping them; the treatment isn’t going to make them feel any better. Sometimes it’s better to say no, give them advice and refer them to counselling. If we don’t take time to understand our patients’ needs, then we are not doing our job properly.”

Lewis concurs with both practitioners, explaining, “We can point to the advent of social media as one of the contributing factors. Everyone wants to look ‘selfie good’.” She notes, “The new challenge for practitioners is to manage patient expectations and breakdown the mystique of Instagram and other social channels that are a hotbed of images, which can be misleading when it comes to aesthetic treatment results.”

Bennett says she is not surprised that only 12% of women are happy with their body size. “I don’t know many women who love their body so it sounds like a feasible percentage,” she says, explaining, “If I think of my friends and my patients, many are concerned about individual areas of their body, even though size may not be an issue.” From Lewis’s US-based perspective, she says, “Women’s dissatisfaction with their bodies is not front-page news. However, it has historically been less pervasive in Europe than in the US where body dysmorphia reigns supreme. It would appear that the UK and Europe and Asia are catching up with the US in this regard.”

One of the recommendations made by the RSPH in its report was for companies to stop using terminology such as ‘antiageing’. It said, ‘Many everyday conversations, informed by the media, are rife with examples of language that either trivialise, vilify, or catastrophise the ageing process. Chief amongst these is the persistent use of the term ‘antiageing’ within the cosmetics and beauty industry’. The report makes reference to US magazine Allure’s decision to stop using the word, which Aesthetics explored in more detail in October 2017.2

Lewis says that many brands in the skincare and aesthetics space are already moving away from this concept in their marketing. She notes that the wellness and fitness industries are doing well through their promotion of ageing better, living longer and being healthier. “That sounds so much more positive and appealing to consumers,” she says.

In that respect, Dr Molina highlights how her key message is to ‘holistically help the body to age better – we’re not going to stop ageing, but we’re making it go at a lesser speed’. As a result of treatment, patients are likely to feel more energetic and confident, she says. “Antiageing is a concept of a lot of things; not just lines and wrinkles,” says Dr Molina. “There’s nothing wrong with having treatment if it’s going to make you feel better. It’s about educating patients on overall wellbeing,” she adds.

Lewis agrees, concluding, “We are selling wellbeing, optimism and health, looking as good as you feel at every age, which are all true positive sentiments. So, instead of focusing on what needs fixing, look at how to improve your patient’s self-esteem and confidence level, which everyone can relate to.”