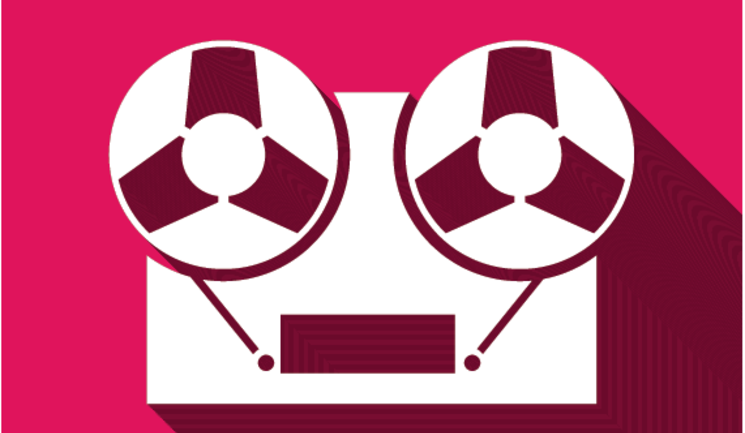 Audio is rarely regarded as anything more than an afterthought when it comes to marketing and branding. Understandably, visual collateral tends to assume prominence, simply because it is so well established as a core element of the marketing mix. Medical aesthetic clinics will invest in websites, corporate brochures, email, direct mail and print advertising, but rarely create audio to match.

What you might not realise is that audio is an extremely potent tool for enhancing brand recall and recognition, primarily because our hearing is such a powerful emotional sense. In fact, humans are hard-wired to trust their sense of hearing more than their sense of sight.1 A study conducted as part of the Hearing Body project at the University College London found participants could have their perceptions of their own body image distorted by changes in sound.2 In one test, the pitch created by a person’s footsteps was made higher or lower – when lower, they were tricked into believing they were heavier and said their steps felt more laboured.1 This power translates to business too. For example, further research has indicated that companies that match their brand to music are 96% more likely to be remembered.3 So why is sound too often ignored? Largely, this situation occurs due to the existence of several common misconceptions about its application in marketing.

Don’t underestimate the power of sound

The biggest misconception is the belief that audio branding is the preserve of large multinational organisations with vast advertising budgets at their disposal. In fact, many people confuse the entire audio branding discipline with ‘sonic logos’, those catchy jingles created by companies to feature throughout their advertising. One of the best examples of this is the Intel jingle, which is now widely recognised throughout the world, becoming a potent tool for brand recall. But sonic logos are only one small element, meaning the idea that audio branding can only benefit recognisable megabrands is largely a misnomer. By far the largest application of audio branding is on the telephone – and this concerns companies of all sizes, including medical aesthetic clinics, for which the phone still represents a prominent source of inbound enquiries and patient liaison. When a customer calls to make an enquiry, they will rely on their sense of hearing to forge an initial impression of an organisation. If the company gets it wrong, it could prove seriously damaging, especially since research conducted by global research consultancy TNS on behalf of my company, PH Media Group, suggested that 73% of British consumers will not do business with a company again if their first call is not handled satisfactorily.4 Common mistakes include leaving the customer to listen to silence, rings or beeps while they wait on hold. Even voice and music messages can have a detrimental effect if they are repetitive, poorly designed or provide too little information to keep the customer engaged. Similarly, it is important to give thought to what customers hear on premises. What they hear while they are having a treatment will play a key role in helping them to forge an impression of the overall experience. Playing the radio or inappropriate music may impact negatively on the professionalism of the clinic, rather than creating the ideal environment for customers.

Make all the right noises

Given the implications of providing a poor-quality audio presence, there are business benefits to be gained from following a best practice approach. This is particularly true considering the lack of awareness around applications of audio in marketing. Companies who create a powerful audio profile can use it as a key differentiator, helping them to stand out in a crowded marketplace. When introducing audio branding, medical aesthetic clinics should approach the process much in the same way they would visual branding. That is to say they should start by considering the company’s values and the image it needs to portray and work forwards from there, creating voice and music that matches these core values. As with any other element of marketing, brand congruence is key. Clinics should create an audio presence that fits comfortably with existing elements of visual branding and ensures patients are presented with a coherent, consistent brand they can trust. Clinics can either go about this by themselves or choose to partner with a specialist who has a clear understanding of their brand and how this might translate to audio. Occasionally, businesses will create their own audio brand by simply choosing pre-produced voice and music, but this ignores the subtleties of their individual brand and creates a profile that blends into the crowd rather than standing out. Ultimately, it all boils down to the perceptions associated with the different attributes related to voice and music, whether it’s tone, tempo, pitch or any other variables.

When it comes to voice, the key variables are gender, age, tone and accent, and there are a number of combinations that can be used to convey different meanings. A feminine voice, for example, is typically perceived as soothing and welcoming, so can be used to communicate a sense of dedicated, compassionate service, especially when combined with a soft, informal tone. On the other hand, a deeper, masculine voice is most frequently perceived as authoritative, so can be particularly effective in conveying a sense of professionalism and competency when allied with a corporate tone.5,6 The temptation for medical aesthetic clinics might be to follow industry stereotypes and opt for a feminine voice simply because it matches typical preconceptions of the industry. This might not be a bad thing given the predominantly female customer base, however it is more important to consider the unique identity of the brand and develop a solution that fits with it. A corporate, male voice might be best suited for a clinic that prides itself on high levels of professionalism and expertise first and foremost, but there is a risk they may come across as too stuffy or unfriendly to some patients. There is also the factor of age to consider. Perhaps unsurprisingly, an older voice is generally perceived as more knowledgeable or wise, while a younger voice can deliver vibrancy and energy, perhaps reflecting a fresh approach. Accent too has a role to play, whether received pronunciation or heavy in dialect. Regional accents can also be a powerful tool for reinforcing identity where a clinic has a strong presence rooted in a particular geographical area, helping to assert a sense of provenance and belonging, speaking to customers in a manner they relate to.

Voice does not often work in isolation and it is also important to select the appropriate music to reinforce the desired brand characteristics. Often, clinics will choose popular tracks to be played on the phone and on premises, believing this represents the best way to engage with patients. But the problem is that popular tracks come with emotional baggage, as people will often attach feelings, both positive and negative, to a piece of commercial music. For example, a patient might attach a certain song to a particularly difficult time in their life and it may result in a negative perception being created in their subconscious. Using commercial music, no matter how positive or upbeat it may initially seem, is a lottery of the individual’s previous experience of the track. Instead, in the same vein as voice, a company should look to create a music track that is tailored to their exact needs and requirements. The physical attributes of the track – whether major, minor, fast, slow, loud or quiet – are used to communicate emotional meaning and complement the characteristics of the accompanying voice. For example, a clinic striving to convey a relaxed, informal image might be best served choosing music that is largely soft yet uplifting and motivational. Those aiming for a more corporate, professional image could opt for something with a more corporate, authoritative feel, veering more towards major than minor and more controlled in style. Different combinations of the above attributes can make a track convey authority, confidence, empathy or a number of other attributes, in a manner that a commercial track is unlikely to achieve. This also applies to music heard in the clinic – the type of tracks used will help to mould the customer’s perception of their experience. As such, using bespoke tracks rather than commercial music allows a clinic to have much greater control over the environment they create on premises. It must be remembered that commercial tracks are written for an entirely different purpose, so will not accurately reflect a company’s brand values in the same way as bespoke music.

Although the appropriate combination of music and voice can have a profound effect on customers, one potential pitfall to be aware of is the possibility of fatigue. Despite its emotional power, sound feels less intrusive than bold visual advertising and it is widely acknowledged that sound can have a lasting effect on the customer’s subconscious, causing them to assimilate marketing messages without even knowing they are doing so. In my professional opinion, however, it can be argued that if a customer hears the same audio messages constantly, whether on the phone or on premises, they will reach a point where they simply switch off and the audio will no longer have the desired effect. Therefore, it is important to regularly refresh audio to ensure that it continues to resonate with patients. This can be done to reflect seasonal trends and promotions, helping to make audio branding more targeted, while being careful to make sure it does not stray off brand. A wider example of how this can be done successfully is the recent move by retail giant Tesco to change the sounds on its self-service checkouts to Christmas ones during the festive period. The move garnered the company a large amount of media coverage and aimed to generate goodwill among customers, reinforcing a customer-centred approach by displaying a strong sense of humour.

Research has suggested 54% of British consumers believe a company sounds more professional if it uses bespoke voice and music over the telephone.4 Audio branding is no longer restricted to the largest businesses, and clinics can either independently try to develop their audio brand or choose to work with an appropriate specialist. Examples like the one describing Tesco’s approach to audio branding detailed above show exactly what kind of impact sound can have on us throughout our interactions with business. Patients will be exposed to audio both when calling up to make an enquiry and when visiting the premises for an appointment, so it is important to ensure any sounds they hear communicate the desired messages and brand values. If both voice and music are created in a way that complements one another and reinforces existing brand values, it can help to differentiate a company from the competition.