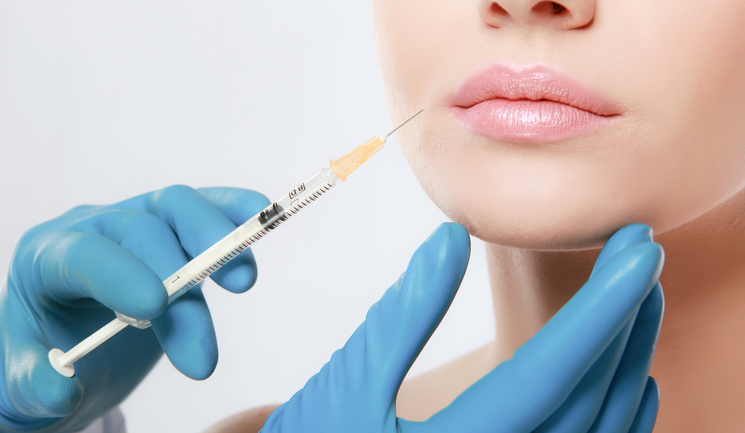 On November 17, 2017, a petition was submitted to the UK Government and Parliament that seeks to ‘stop Botox [sic] and dermal fillers on minors by making it illegal for those under 18’.1

The person responsible for creating the petition is aesthetic practitioner Dr Tijion Esho, of The ESHO Clinics in London and Newcastle, who states in the petition: ‘Cosmetic doctors, nurses, dentists and surgeons have been calling for tougher regulations for injectables. In the UK, it’s almost entirely unregulated with no minimum age for those seeking out Botox [sic] or dermal fillers. Without enforcement of any laws there has been an increase in botched treatments, some of which have been very dangerous, leaving the vulnerable millennial generation at most risk’.1

Although Dr Esho and many other aesthetic practitioners believe that the banning of botulinum toxin and dermal fillers for those under 18 would have a positive outcome, there is debate on the suggestion among the medical aesthetic community.

What is the concern?

“There are a number of things that concern me in relation to people under the age of 18 seeking aesthetic treatments,” explains Dr Esho. “From an anatomical point of view, there’s evidence to support the fact that the face is still developing at this stage of life.2 Although non-surgical, these treatments are still medical and carry significant risks,” he adds.

Nurse prescriber Claudia McGloin, who has been active in presenting her views on this topic over social media, agrees with Dr Esho, and adds that in her experience, younger patients are more prone to seeking cosmetic treatment due to the impact of young celebrity influencers such as Kylie Jenner.

She explains, “Under-18s really don’t need these treatments and we are seeing that more and more young girls want to imitate celebrities. We also have the concern of body dysmorphic disorder (BDD). I think any age group could have BDD, but I’ve seen it a lot more in teenagers who have been looking at the unrealistic ideals shown in magazines, TV and social media. They think that having an injectable procedure is more of a ‘beauty treatment’ than a cosmetic medical procedure.”

A report released in June last year by The Nuffield Council on Bioethics, which was reported on in the August issue of Aesthetics, highlighted the impact of pressure from social media and advertising on the psychological wellbeing of young patients. It mentioned that young patients are at a high risk of feeling anxious over unachievable appearance ideals, which may prompt them to seek cosmetic treatments at a young age.3,4

He adds, “Consultation is absolutely essential to look for red flags which may indicate underlying BDD. Due to the lack of regulation in the industry, it concerns me that people of all ages, particularly those under 18 who are young and impressionable, may not be being educated in the right way or given the correct care.”

Is this a proposed ‘blanket ban’?

Plastic reconstructive and aesthetic surgeon Ms Éilís Fitzgerald, who is passionate about pushing for tighter regulation in Ireland, explains that when she first read the petition she was concerned that it was proposing a ‘blanket ban’. “I think putting a blanket ban on under 18s having treatments is just too simple, because botulinum toxin and dermal fillers have a place in the medical treatment of those under 18, in particular for the treatment of patients with strabismus, cerebral palsy, brachial plexus injuries, as well as those who need reconstructive work.

A ban could have quite a significant knock-on effect to these patients and limit their access to these treatments.” However, Dr Esho explains that his petition has been created to fundamentally drive awareness around the ‘cosmetic’ treatment of under-18s, rather than the ‘medical’. He instead hopes that, in a specialty where there are no legal minimum training requirements, a ban on procedures for under 18s that are not deemed as ‘medical’ will prevent non-medics from injecting this age group.

“It is not illegal for non-medics to administer these treatments to those under 18, which is putting young people in danger of adverse reactions. I would like to see action by the government – I would like to see a formal law put in place rather than just guidance. The introduction of a legal age limit for non-surgical cosmetic treatments needs to be the first step for other changes to follow and to protect the public,” Dr Esho says.

Although McGloin is in favour of the petition, she acknowledges that it is not entirely clear that it is not a ‘blanket ban’. “I know some colleagues have said that the wording of this petition is a bit of an issue. I think maybe the wording needs to be slightly amended so that we can say that treatment should be decided upon on a case-by-case basis. This would be with regards to certain conditions, which experienced medical practitioners can treat – what we are basically saying is we don’t agree with injecting under 18s for cosmetic treatments, as opposed to medical conditions.”

Will a ban solve the issue?

Ms Fitzgerald believes that a ban of any kind won’t solve the issue of non-medically trained practitioners, or those who lack specialist training, injecting patients under 18 and may actually do more harm than good. She explains, “I understand where Dr Esho is coming from and I completely agree that the cosmetic use of botulinum toxin and fillers for patients under 18 is crazy.

Ms Fitzgerald says that in the long run, a ban could result in other issues, “What if we discover new indications for these products for under-18s? What do we do with the ban then?” Conversely, McGloin says, “I think it’s a really good idea and it’s certainly a start.” McGloin adds, “I think myself and many of my colleagues are seeing a lot of underage patients being treated with toxin and fillers so I think Dr Esho is on the right track. It’s highlighting the potential dangers and complications in the aesthetics field.”

Dr Esho is currently promoting his petition via social media and has received some media news coverage from a letter he wrote in November to the Secretary of State for Health, Jeremy Hunt, as part of his campaign.5 As well as proposing a minimum age for all non-surgical cosmetic procedures, the letter also requested to only allow medical professionals to carry out these types of procedures.

There has not yet been a response to this letter. The petition will run until May 17, 2018, and, at the time of publishing this article, it has received 256 signatures. If it were to reach 10,000 signatures by the cut-off date, the UK Government must respond and, at 100,000 signatures, the contents of the petition will be considered for debate in parliament.6

Dr Esho concludes, “It’s part of the whole picture to the solution which I don’t assume is an easy one. I am determined to make a difference and make this a government issue that is addressed by our MPs and key decision makers.”