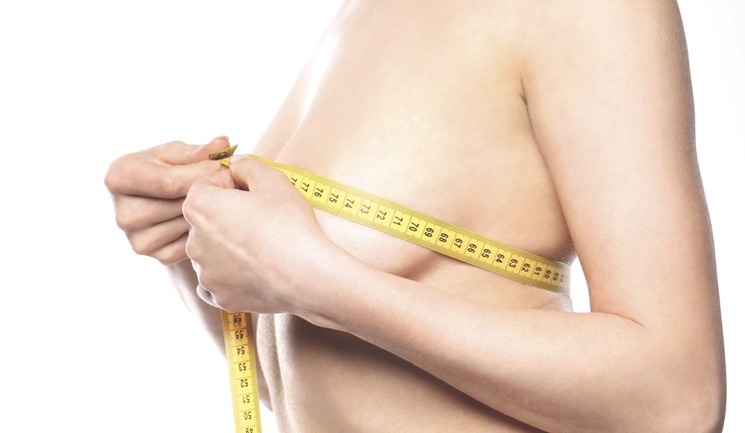 Small breasts may cause many women to be psychologically unhappy with their appearance, however breasts that are too large (macromastia) can cause not only negative psychological effects, but also physical discomfort. The weight of large breasts can often cause backache, as well as embarrassment to the sufferers, due to their appearance. Successfully treated, these patients are often amongst the most grateful patients I treat within medical aesthetics.

There are two ways by which breasts can be reduced in size: the open-surgical method and the liposuction method. Even though breast reduction by liposuction is a procedure that was first introduced more than 20 years ago,1 many surgeons are still skeptical and prefer to perform breast reduction through open surgery. This article will discuss the advantages and disadvantages to both procedures, while also describing the techniques used for breast reduction by liposuction in more detail. There are many different methods of performing liposuction. I prefer to use the 'Pure Tumescent Liposuction with microcannula technique’ as first described by Dr Jeffrey Klein. The term ‘liposuction’ used in this article refers to this particular method, which may or may not be similar to other methods of performing liposuction.

Breast reduction by open-surgery vs. liposuction

I believe the main advantage of performing breast reduction (reduction mammaplasty) by open-surgery over liposuction, is that the final shape and size of the breasts can be better predetermined. This is because a skilled surgeon using open-surgery can shape the breasts by removing the right amount of both skin and fat, whereas liposuction can only remove the fat, not the skin. However, this does not mean that after liposuction the breasts will be left looking like an empty sac as, after the procedure, the skin is likely to contract and cause the breasts to be uplifted.

In my opinion, breast reduction by liposuction has many advantages over open-surgery. Here are some of them:

The ideal patients for breast reduction liposuction are healthy females who are aged 40 or above, who have realistic expectations of the outcome. Older female’s breasts have more fat than glandular tissues and this makes it much easier to perform the liposuction. Glandular tissues are fibrous and make it difficult for the liposuction cannula to penetrate. The result will also be better in the fatty breasts, as a larger volume of fat can be removed. It is important that before the procedure, the practitioner estimates how much fat is to be taken out, or otherwise too much fat might be removed.

Surgical reduction mammoplasty, on the other hand, is less suitable for older females. Compared to liposuction, the more invasive surgical procedure has an increased risk of poor wound healing and infection after the surgery.3

Breast reduction liposuction can reduce the appearance of ptotic breasts, but the main function of this procedure is for reducing breast volume. Patients who need a breast uplift are not suitable for liposuction and should be referred for breast uplift surgery.

There are differing opinions as to whether a mammogram is needed prior to a reduction mammaplasty treatment. The result of a recent survey showed that UK breast surgeons tend to be pro-mammogram prior to the treatment, but plastic surgeons seemed to be less inclined to do so.4

Breast cancer is the most common cancer in women and occult cancer cells have been found in the histological specimens obtained from surgical reduction mammoplasty.5

The risk of finding occult malignant cells is believed to increase with advancing age, so it is therefore prudent to encourage patients to have a mammogram done prior to either method of reduction mammoplasty procedures, especially those in the 50 and above age group.6

One common question asked by patients is: does reduction mammoplasty cause breast cancer? To my knowledge, there has been no evidence of this so far. In fact, the opposite seems to be true. There is evidence that indicates that the risk of developing breast cancer is correlated to the size of the breast.7

Larger breasts have more breast tissues and, therefore, there are more cells that are potentially capable of becoming malignant. Surgical reduction mammaplasty has been shown to reduce the incidence of breasts cancer and has even been suggested as a prophylactic procedure.8

So far, I have found no evidence that breast reduction by liposuction causes breast cancer. Some practitioners are concerned that either method of reduction mammoplasty will make it difficult to detect breast cancer in the future. The worry is that the scar tissue and fibrosis after the procedure will somehow make it more difficult for a radiologist to spot the breast changes. I have more than 15 years experience in performing breast reduction by liposuction and have so far not received a single complaint from any radiologists that the procedure has made it difficult for them to do their job competently. Other practitioners who have studied this question more systematically also share this opinion.9

Practitioners who are already proficient in performing liposuction should be able to perform breast reduction liposuction, once they have been sufficiently trained. The procedure is largely similar to performing liposuction to other areas of the body.
Like any other medical procedure, the patient will need a full medical consultation and examination prior to the procedure. It is important to find out what is really troubling the patient – is it breast ptosis or large volume? Examine the patient to see if they need a breast lifting procedure or breast reduction procedure and advice the patient accordingly. The breasts will also need to be examined for signs of breast cancer. I would then advise that you send the patient home to think about what has been said and also to encourage them to have a mammogram done if they are going to have the procedure.
On the day of the procedure, perform a general medical examination to make sure that the patient is fit for the treatment. Take photographs prior to the treatment as some patients do forget how they looked before and you can compare these with the patient after the procedure. This is not a common problem for breast reduction, as most patients will be relieved by the reduction in the breast weight and be less concerned with the aesthetic outcome of the procedure. Estimate the volume of the breasts using the water displacement technique as discovered by Archimedes.10 Put simply, just dip a breast, one at a time, in a bucket of water filled to the brim and measure the volume of the water displaced. This will give a guide as to how much fat can be removed. As a general rule, do not remove more than half of the breast volume.
The liposuction procedure itself is quite straightforward. Remove the fat from the entire breast as necessary, while avoiding the tough glandular tissues. The liposuction cannula will need to be maneuvered to go round the glandular tissues that are normally placed just under the areolar. Avoid performing liposuction on an area of about 10cm wide under the clavicles, as this area is more vascular. Also avoid putting the incision site in the keloid-prone area around the sternum. After the procedure, compress and bind the area tightly to avoid bruising. Personally, I do not stich the small incision sites needed for the microcannula access, as this will allow the tumescent fluid and blood to leak out, and, thus, reducing haematoma. I advise my patients to remove all compression after 24 hours and to wear a brassiere that they are used to wearing, and not to change them for smaller brassieres until at least four weeks post treatment. I found that excessive pressure only delays the healing and does not lead to better results.

Breast reduction by liposuction, if done properly, is generally very safe. The complications are no different to liposuction used in other areas of the body. These include: haematoma, pseudo-cysts formation, infection, bruising, swelling, mild pain and tenderness.11

Patients need to be advised that, as with all liposuction, the best results can only be seen six to 12 months after the surgery.

Reduction mammaplasty by liposuction can offer a lot of advantages over the open-surgical method. This is a procedure that has been tried and tested for more than 20 years, while also being indicated as safe and effective.1

For the sake of our patients, this simple procedure should be recommended more often, especially to those who are older and are at a higher risk of complications from open surgery.