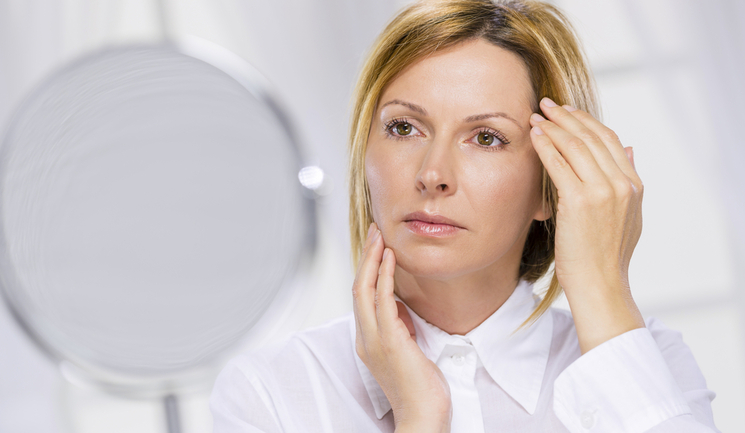 Dr Daniel Sister describes the benefits of combining platelet-rich plasma with hyaluronic acid and succinic acid to treat the signs of ageing, and presents a clinical case study of successful results

As aesthetic practitioners, we now have a sound understanding of how the face ages, as well as many adequate treatment options at our disposal. However we are still searching for ways in which to further improve skin quality and correct skin damage.

In order to continue developing treatment options, I decided to conduct a trial with the objective of evaluating the benefits of mixing three ingredients, platelet rich plasma (PRP), hyaluronic acid (HA) and succinic acid. My aim was to deliver a successful treatment option that tackles both the ageing of the face and the quality of the skin, which I will discuss in this article.

We know the significance and limitations of injecting HA into the skin. HA is a glycosaminoglycan, a natural substance existing in the body that is made up of disaccharide units. It can recreate some volume and increase the amount of collagen in the dermis through fibroblast stimulation. This ‘revolumisation’ also promotes water retention at various levels, increasing skin turgor and hydration. Unfortunately, these benefits are only short term and HA only temporarily replaces the volume from the continuously disappearing collagen and elastin, but does not re-create it.1

Multiple elements are involved in the ageing of the face, which are not limited to collagen and fibroblast depletion. Fat loss and bone resorption are also a cause of ageing, and in order to tackle this more effectively, we need more than HA.

PRP is not a volumetric filler but a biological cell therapy that uses the patient’s own platelets and enriched plasma. PRP is defined as a high concentration of the patient’s blood platelets in a small volume of plasma.2 We recognise that PRP enhances cell proliferation over the short term and induces cell differentiation of fibroblast-like cells to myofibroblast-like cells in the long term, suggesting that fibroblast differentiation to myofibroblasts may underline the action mechanism of PRP in soft tissue regeneration. PRP also aims to stimulate the osteoblasts, therefore having a positive effect upon the bone resorption. Moreover, the different growth factors contained in PRP (explained below) will also aim to generate a transitory neo-vascularisation.2

As we age, there is a natural accumulation of free radicals both in and under the skin, which will result in a deterioration of the colour and texture of facial skin

Platelets contain a variety of small molecules, also known as growth factors or cytokines, which interact with local cells and even send signals that initiate a variety of important events, such as cell division and migration.2 The growth factors promote tissue healing and bio-cellular regeneration, and were discovered in 1953. In 1986, Italian developmental biologist Rita Levi- Montalcini and American biochemist Stanley Cohen won a Nobel prize for demonstrating how the growth and differentiation of a nerve growth factor and epidermal growth factor is regulated.3

Now we know of more than 30 different growth factors, but the most important ones for aesthetic rejuvenation are:

In 2016, a study published in the Journal of Cosmetic Dermatology looked at varying degrees of facial ageing signs in 94 female patients, who were treated with PRP and HA. The combination was injected into the deep dermis and hypodermis.9 Patients were asked to rate their personal satisfaction with their skin texture, pigmentation, and sagging. In addition, the overall results were rated by three independent physicians and the patients themselves. The outcomes were peer-reviewed and correlations between the degree of the aesthetic scores and the number of injections were explored. Compared to the baseline, the PRP and HA injections provided clinically visible improvement on facial skin.

Although studies such as the ones above have indicated that mixing PRP and HA offers a satisfactory treatment for skin ageing, there is another factor to take into consideration.11 As we age, there is a natural accumulation of free radicals both in and under the skin, which will result in a deterioration of the colour and texture of facial skin, causing premature ageing by damaging the cells and their DNA.12

There is research that investigates skin pigmentation treatment from a chemical point of view.13 These findings point towards succinic acid as a possible treatment. As succinic acid is a dicarboxylic acid with metal-chelating potential and a particular affinity to copper, it was suggested that it also could reduce pigmentation by acting on the enzyme, tyrosinase, which controls the production of melanin.14,15

Succinic acid – which has the same action as ascorbic acid –will decrease the intensity of the melanin colour from the oxidised state (black), and in the reduced state (brown)

Copper has a vital role in the activity of this enzyme and the chelation of the copper in the tyrosinase will aim to effectively block the enzyme activity, therefore engineering complete enzyme function loss and restricting the production of melanin and, thus, the development of pigmentation.26

The mechanism is an inhibition of the free oxygen radicals (melanic effect), and of the oxidising action of the tyrosinase (needed for the processing of the tyrosine and then dopamine).19 Succinic acid – which has the same action as ascorbic acid –will decrease the intensity of the melanin colour from the oxidised state (black), and in the reduced state (brown).20

Dr Reza Mia conducted an in vitro trial combining HA and sodium succinate. He suggested that, when combined, they act synergistically to stimulate fibroblast cells in both number and metabolic activity. The result was greater when compared to HA mono-component therapy.21 He concluded, “The effect on the metabolic processes can include strengthening cellular respiration, normalising ion transport, increasing protein synthesis and increasing energy production, through the stimulation of the Krebs cycle in mitochondria.”21

Cellular respiration takes place in the mitochondria through the Krebs cycle. This is where and when pyruvate is transformed from glycolysis to produce nicotinamide adenine dinucleotide (NADH) and adenosine triphosphate (ATP), which requires a succession of reactions and intermediate molecules. Succinate is one such molecule forming the complete chain in the cycle.23,24

The result of the Krebs cycle is the restoration of a cell’s function, improvement in skin elasticity, firmness and tightness, improvement in colour and texture and also a diminution of skin-ageing signs.

For deceleration of the metabolism: Succinic acid aims to stimulate the Krebs cycle and its use should reverse this deceleration and improve both the fibroblasts and their metabolic processes, as well as fighting pigmentation.21

Slowing down or stopping bone resorption: One of the major roles of PRP is to slow down or stop bone resorption on the eye sockets and mandibular line, while stimulating the collagen formation. It also aims to improve the muscle tone and vascularisation.2

In my study (February 2017), a group of 14 patients were recruited. The patients were female, aged 35 to 65, not pregnant, not breastfeeding and not having any other treatment for skin pigmentation or skin improvement during the time of the study.

The two projected aims were as follows:

1. That PRP would improve the dermal-epidermal layer of the skin and collagen formation due to the growth factors present in the plasma.

2. That hyaluronic acid associated with succinic acid (stimulation of the Krebs cycle) would also improve the collagen, with an added action to treat the skin pigmentation and elasticity.

The patients were treated on the right side of the face with 5ml of PRP. On the left side of the face the same patients had the combination treatment of 3ml of PRP and 2ml of a 1.1% combination of HA and succinic acid (Xela Rederm) mixed together via a two-way connector (a small tube with one hole at each end, allowing to fix a syringe at each end, in order to mix both contents). The trial treatment consisted of one treatment session only, with PRP alone and PRP mixed injections (with HA and succinic acid) using a 30G needle, spread evenly following my protocol (for both sides of the face):

The entire group was evaluated before treatment, two weeks later, and again four weeks later. Patient consent forms were recorded, as well as the following:

As PRP is an autologous product, there is no known risk of allergy, lumps, granuloma or asymmetrical results. Moreover, PRP is bactericidal, which decreases the risk of infection.25

As with any injection, patients taking any type of medication that could increase bleeding (e.g. anti-coagulants, aspirin, omega 3, evening primrose oil) should take extra precautions and be made aware of the risk. Patients with known sensitivity or allergy to HA or succinic acid should be tested before using the product.

On the subjective patient appreciation scale, when asked (in private) to note their skin condition and improvement, all 14 patients gave a firm positive answer, noting the amelioration of their skin one week post treatment. On a scale from 0 to 10, they all graded the treatment at ‘8’ on how happy they were with the condition and improvement of their skin, and some also mentioned receiving favourable comments from friends or family, while others volunteered to write testimonials.

In regards to the pictures taken, we noted that there was a clear diminution of the pigmentation, a fuller face aspect, and a definite healthier look. Under UV light the pigmentation improvement was even more obvious.

However, even more obvious are the objective results. Below are the average of three measurements on two different points (zygomatic and eye areas) both on the right side (PRP alone) and left side (PRP, HA and succinic acid) (Figure 1).

The first conclusion of the study is that PRP alone, when injected correctly (deep/medium deep/sub dermal) does objectively improve the skin on all parameters (elasticity, hydration, pigmentation and erythema).

The second point is that it works much faster than was previously thought; starting one week after treatment and continuously improving during the whole month and thereafter. Finally, it is apparent that the addition of HA and succinic acid to the PRP generates an even greater improvement, which, in my opinion, validates the concept of mixing the products. All patients’ photos on individual measurements are on file. All treatments were well tolerated and no side effects were reported.

Our patients are always seeking new treatments that maximise results whilst minimising both cost and the number of treatments required. From a practitioners’ perspective we often treat using a range of products in order to provide synergistic effects. Patients can have a number of different requirements from a treatment, therefore, those treatments that address more than one concern are increasingly popular. The addition of succinic acid to a HA filler, which is then mixed with plasma, delivers a new and valuable treatment which targets multiple signs of ageing on the face, whist minimising the number of injections required.

In the future I intend to perform further research on the effects of combining PRP with HA and succinic acid on the treatment of scars.