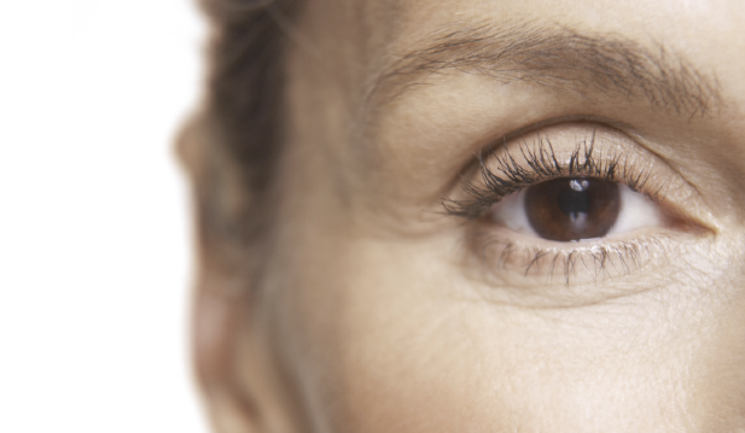 Eye rejuvenation is something that is frequently asked about by our patients, whether its reducing dark circles or fine lines and wrinkles, the ageing eye is a common concern for many people; both men and women. The eyes are often an area that can show signs of ageing as the skin is typically thinner, more delicate and susceptible to structural changes around it, such as flattening of the mid-face fat pad, which can have an impact on its appearance.

There are many modalities which we can use to improve various aspects of skin ageing, such as monopolar radiofrequency to tighten lax skin,1 fillers2 or topicals for tear trough correction and 1550 nm wavelength fractional laser for the improvement of fine lines and wrinkles. With treatments such as these, patients often have concerns regarding downtime and there may also be a delay in some treatments if they present with poor quality skin.

Many of our patients want subtle improvements and wish to ‘age gracefully’ but convenience is a huge factor for many of them and I have found that they do not want to be inconvenienced by obvious downtime following treatment. Sometimes when patients agree to go ahead with these treatments, we find that their skin is not ready for laser. By this I mean, their skin could be lacking in hydration and moisture and/or a barrier impairment, possibly with visible dryness and inflammation. Due to these factors, we must postpone treatment whilst they use a personalised at-home skincare regime (recommended by us) to improve the quality of their skin and, thus, improve their treatment results, while reducing the potential of side effects and the length of downtime.

In the case study I present below, I use a pulse-triggered laser called the Byonik, which combines two wavelengths of 658 nm and 806 nm.4 I discuss how to create improvement in the quality of the skin with laser rejuvenation, while also discussing the reasons why I have chosen this particular treatment.

A 69-year-old female patient presented with concerns about the overall look and feel of her facial skin, with a particular concern about the wrinkles and laxity of the skin around her eyes. She was happy to explore injectable and laser options, however, she could not afford much downtime as she had a birthday party approximately four weeks after the initial consultation and wanted to see some treatment results by this time.

The patient is in good health, does not smoke and was not on any medication. She presented with a flattening of her cheeks with a festoon at the cheek and eye junction. The patient disclosed that she experiences puffiness and often redness around the eye, as well as all over uneven tone and dullness of her facial skin. She had fine lines and wrinkles around the eyes, cheeks and lower face. Her forehead did not present as a problem as she had previously had botulinum toxin in this area, however she had noticed some flaccid skin on the upper bridge of her nose.

We discussed her concerns and possible treatment options in detail, as well as what she could realistically expect to achieve in a short time frame. The patient was reasonable and understood that with her short-term restrictions we would not treat all concerns before the event. Therefore we devised a six-month treatment plan for her to consider, which included the Fraxel Dual laser3 and Thermage1 monopolar radiofrequency skin tightening (which would also address the concern on the upper bridge of her nose) and dermal filler cheek augmentation.5

I believe that many people would benefit from the treatment, however, as with all treatments it is important to manage patient expectations

Together we decided that with her requirement of no downtime and the initial short time frame before her event, we would start her treatment plan with an intense course of four treatments using the Byonik pulse-triggered laser, with a further four treatments undertaken weekly thereafter and monthly maintenance treatments throughout her six-month plan. I wanted the patient to undergo the first four treatments as close together as possible within a two week time frame, with the intention of quickly achieving some results prior to her event, before hopefully seeing further improvement following another four treatments. We decided we would treat the entire face but would focus primarily on the eye area and glabella to begin with.

I decided that we would treat the patient approximately twice a week during the initial course. With the combination of near-infrared light, red light, transmembrane diffusion reflection and the nanoscience technology of the Byonik device, we can impregnate the treated cells of the patient with antioxidants transported by dehydrated hyaluronic acid.6-12 This then causes a bio-lifting of the skin, lengthens the telomere of the skin cell (a compound structure at the end of a chromosome) thus delaying the ageing of the cells, reducing inflammation, detoxifying the tissue, and improving the tone and hydration of her skin without downtime for the patient.13-20

The aim of this course was to quickly improve the quality and hydration of her skin, for both the purpose of her event and to get her skin laser-ready prior to her planned treatments, whilst improving her wrinkles and skin laxity.

The full face treatment takes approximately 50 minutes, during which we perform two cleanses and a light enzyme exfoliation prior to the laser being used, in order to ensure the skin is thoroughly cleansed of debris and dead skin cells. As the patient is a skin type II on the Fitzpatrick scale we used the laser light for five minutes per round, as recommended by the manufacturer. During those five minutes more time was spent on the eye area during each round of laser, approximately a minute per eye.

Following the first round of laser exposure, the Byonik HA-Gel Plus, which has a 29% concentration of HA, was applied to the skin; this was followed by the second session of laser lasting five minutes. Immediately after the second round of laser the Byonik HA-Gel Max, which has a concentration of 39% HA and contains the antioxidants, was applied to her skin; this was immediately followed by the final five minutes of laser light, totalling three sessions in one treatment. Manufacturers guidelines were followed post-laser exposure as to which Byonik products were used.

The second treatment was performed four days later and the same protocols were followed as in the first treatment, however extra time was also spent on the glabella; approximately an additional 30 seconds of laser exposure. The third treatment was performed five days later, and the protocol and areas of focus were the same as the second treatment, however the patient was stepped up to the HA-Gel Superior in the second round of gel application; the HA-Gel Superior contains 51% HA and the same antioxidants as the Max gel.

Her fourth treatment was a repeat of the third treatment in both the areas focused on and the gels used were the same. After each treatment the patient was reminded to hydrate by drinking a minimum of two litres of water throughout the day. We also recommend using a good barrier cream or moisturiser to prevent as much water loss from the skin as possible, after deeply hydrating it during the treatment.

The most notable results after the treatment were that the patient’s skin tone had become more uniform, there was improvement in the depth of her periorbital wrinkles and there was a tightening of the skin on the upper lids. The skin that had become loose over the bridge of her nose had retracted away from the inner canthus of the eyes, and the patient commented that this area had improved and become less ‘heavy’.

I believe that many people would benefit from the treatment, however, as with all treatments it is important to manage patient expectations. First of all, it is important to match the patient to the recommended number of treatments during their consultation. As a guideline, from my experience, I’d say that around the first two treatments the average patient will experience an improvement in fine lines, softer feeling skin and skin hydration; post three to five treatments, they should see an improvement in moderate wrinkles and skin is further hydrated, with the HA beginning to be retained in the skin; post six to eight treatments there should be an improvement in moderate wrinkles, skin will have more volume and is firmer, tone is more even and skin is deeply hydrated with water being retained.

Discussing this with patients highlights the importance of patients committing to a course of treatment to achieve ultimate results, rather than expecting too much from a single treatment.

For the treatment, I would avoid treating those with epilepsy and photodermatitis due to the patient being subjected to laser light; as well as any cancer and tumours as we are increasing the activity of the lymphatic system.21 Pregnant patients would also be excluded. Limited use would occur if a patient has ingested substances such as photosensitising drugs that leads to light sensitivity, hyperthyroidism or those with a cardiac pacemaker.

Eye rejuvenation is a treatment request that many practitioners will receive and with the use of multiple modalities that are available, I believe it is possible to get the desired results with minimum downtime. The case presented in this article showcases that the use of the pulse-triggered laser protocol is an effective treatment for natural-looking eye rejuvenation and can be used alongside other treatment modalities to significantly improve signs of ageing, skin health and quality.