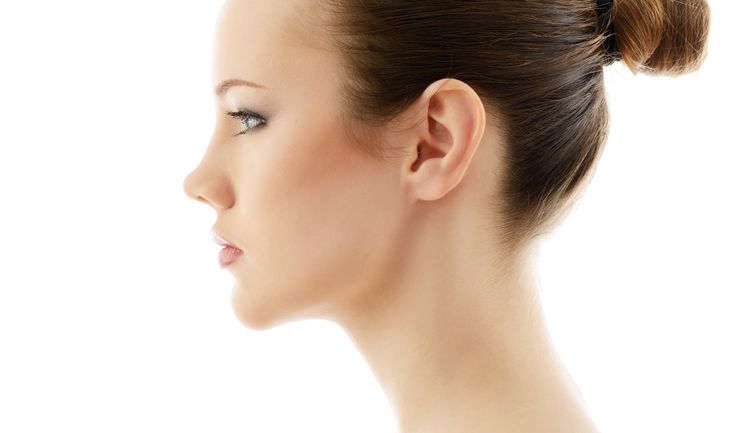 A 35-year-old female patient presented to clinic complaining that she felt she had no definition in her lower face, lacked a clear jawline and balanced profile.

The patient also noted that her cheeks had become flat, which enhanced the appearance of heaviness to the jowl area. In addition, she was concerned that her chin appeared flat. The patient felt she looked tired and, in general, wanted to appear brighter and fresher. I had previously seen the patient for other treatments and procedures, including botulinum toxin treatment to the orbicularis oculi, glabellar and frontalis muscles, as well as for radiofrequency skin tightening. As such, I was aware of her history, which was documented.

I carried out a full and concise consultation for the new potential procedures, including revisiting information on her medical and aesthetic history, confirming once again that she had no known allergies, was not on any medication, and was fit and well.

The consultation began with an explanation of the facial ageing process and the translation of the triangle of youth in simple terms to the patient, discussing how a young face will have volume at the top, tapering downwards into a triangle, whilst an older ageing face will see this triangle inverted.1,2

Given the patient’s concerns that she would have puffy, over-filled cheeks if she were to have dermal fillers in this area, I educated her appropriately on the anatomy and physiology of the face. I detailed the structural changes that occur during the ageing process on the surface and subsurface of the skin, how the face loses volume through fat redistribution, as well as how we lose bone density and collagen over time.3 I also explained that by treating the lower face alone, we may accentuate her heaviness in the jowl area. As such, my aim was to lift the area, replace the volume lost, give the cheeks more contour, and fill the hollows of her eyes. Once I had explained everything, the patient was happy to proceed.

A range of photographs were taken from different angles, showing a variety of facial expressions for before and after comparisons.

The correct choice of product is especially important when restoring volume. In the mid-face a filler is needed that is going to retain its form but remain flexible on movement. It must integrate well and support the tissue. My preference for this patient was Juvéderm Voluma, which is a thick, viscous hyaluronic acid filler.4

I began by prepping the skin with chlorhexidine and applied anaesthesia topically with LMX4 cream. I then marked out the points of injection using Dr Mauricio de Maio’s MD Codes system,5 as well as marking out the danger zones I wanted to avoid such as the zygomatic facial artery, the infraorbital artery, the buccal nerve, the parotid gland, and the facial artery and vein.

I injected the filler onto the periosteum, aspirating for 10 seconds first, using a 27 gauge needle onto the CK1 site – the upper lateral, outer part of the zygomatic arch, using a total of 0.3ml in this area. I then injected 0.3ml to the zygomatic eminence (CK2) and 0.3ml to the anteromedial cheek (CK3), which gave a clear, visible lift.

Using a blunt cannula with a 25 gauge I injected into the soft tissue in the lower lateral point (CK4) and lower medial point (CK5), using 0.25ml in each area, bilaterally. I used the cannula fanning technique, as this has been found to reduce swelling and bruising, and is thought to be safer for reducing vascular penetration.6 This was used alongside a linear threading technique.7

The procedure gave instantly good results. There was clear volume and lift, with a brighter, less tired look.

I assessed the patient after injecting the cheeks to see whether there was a need to focus on the lower face to address the concerns she had. It was agreed that we did need to go ahead with the lower face rejuvenation. I analysed the lower face, took a further round of photographs and examined them with the patient. During this secondary consultation I suggested that the chin needed more projection and to be brought out more in line with her nose to balance the profile. The patient was experiencing slight sagging in the pre-jowl sulcus. This area is anterior to the jowls and often develops as a result of the ageing process.8 I felt that this needed to be lifted. There was also a lack of definition in the angle of the mandible – the anterior part of the lower jaw bone. The patient was prepped following the same procedure as the mid-face rejuvenation and I once again marked the areas on the face that I’d inject.

I used a 27 gauge needle in the lower face, injecting Juvéderm Volux, a product developed specifically to add structure and definition to the jawline and chin,4 with 0.1ml into C1 and 0.2ml into C2 of the chin and 0.3ml to the marionette lines at C6. Following this, I injected 0.3ml to the angle of the mandible down to the periosteum (JW1). I then used a cannula to inject 0.2ml in the soft tissue in the areas along the jawline at points JW3 and JW4. The entire procedure took around 30 minutes and there were no challenges to contend with. The results were positive immediately, however swelling did begin around 15 minutes later which was to be expected.

It is worth noting that the environment in which I work is of paramount importance for the comfort of patients and health and safety considerations. As such, I always wear sterile gloves, I use sterile packs and dress in surgical clothing.

With any procedure of this nature there is always a risk of vascular occlusion.9 In case of emergencies I have hyaluronidase at my clinic at all times. Following the procedure, the patient was given aftercare advice. I advised no makeup for 24 hours, no direct heat, sunbeds or saunas. I also advised avoiding alcohol for 24-48 hours, to avoid exercise and manipulating the injected areas by touching them excessively. Touching the area can introduce bacteria to the injection sites. Heat can induce additional swelling, and as alcohol is a vasodilator, it could result in additional bruising and swelling, which would also be the case for exercise.10

The patient was told that bruising and swelling could occur, and was also given an emergency phone number direct to me to call if she needed to.

She was advised to take oral analgesia if required, such as paracetamol, and to apply ice for swelling if necessary. I recommended arnica tablets and cream, but no other skincare recommendations were made as she was already on a good skincare regime using the Obagi Nu-Derm System.

The patient experienced some initial swelling over the next couple of days, which is to be expected. She regularly iced the areas affected. The chin was particularly swollen and sore and took a couple of days to go down.