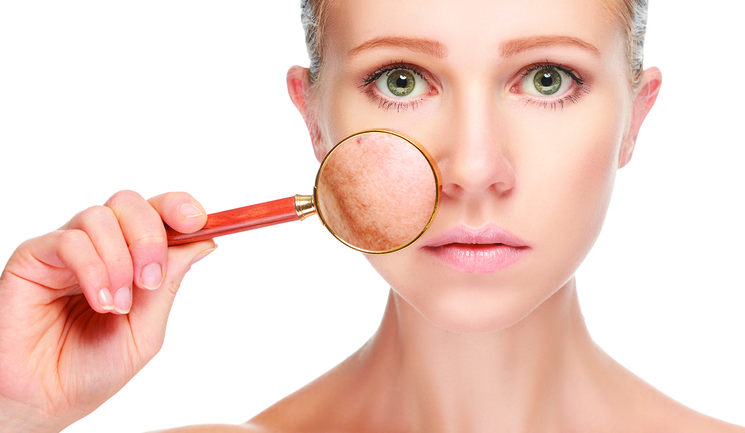 Sun damage, hormones, inflammation – the causes of hyper-pigmented skin are almost as numerous as the treatments on offer to correct it. Allie Anderson talks to practitioners to find out how to deal with the common aesthetic concern

If there’s one presentation in the world of medical aesthetics that continues to challenge practitioners, it’s hyper pigmentation. Yet, evidence suggests that patients are increasingly seeking consultation and treatment for the problem. “Whether that’s because it’s become a bigger issue, or that it’s always been there but people haven’t been seeking advice from private medical professionals before, I’m not sure,” remarks Dr Simon Ravichandran, founder of the Clinetix Medispa group. Whatever the reason, he reports that pigmentation treatments account for around 10-15% of his clinics’ patient cohort.

Miss Sherina Balaratnam, medical director of S-Thetics clinic and a former NHS trainee plastic surgeon, comments, “Younger patients – even in their 20s – have less advanced skin damage, but they’re more conscious of it from an appearance point of view.” That, she says, is owing to greater appreciation among younger patients of the dangers of UV damage, which in turn leads them to associate hyperpigmentation with the health of their skin. “Patients come to see me because they’ve reached a point in their lives when they’re bothered by hyperpigmentation,” Miss Balaratnam adds. For example, someone with many freckles on their face (caused by increased melanin) may perceive them to be attractive in youth, but less appealing with age. Similarly, dark liver spots on the face may be no cause for concern for one person, and be very distressing for someone else. Many practitioners, therefore, assess hyperpigmentation not in terms of how severe it is, but the degree to which it affects the patient. Measures of severity can be useful, though. Dr Ravichandran uses the Melasma Area and Severity Index (MASI), which uses a formula to calculate an overall score of severity based on the practitioner’s assessment of:

The usefulness of the MASI score has been disputed on the basis that it is wholly subjective, but a 2009 study published in the Journal of the American Academy of Dermatology found it to be a reliable and valid measure of melasma severity.5 It also serves as a useful evaluation of treatment outcomes and improvements, says Dr Ravichandran. According to Aysha Awwad, director of Medico Beauty, many patients are concerned specifically about premature ageing, focusing on the appearance of wrinkles rather than uneven pigment. She uses the Glogau Photo-damage and Ageing Skin Scale (also known as the Glogau Wrinkle Scale) to determine a patient’s ‘ageing skin type’. This is determined by the grade of photo-ageing, which is skin damage primarily visible in the form of discolouration and wrinkles, and which develops at different ages depending on the degree of exposure to UV light.6 The scale is used to ascertain which treatments and products match the patient’s skin type and needs.

Hyperpigmentation treatments fall into three main groups: topical agents, peels and lasers. Triple-combination topical therapy comprising hydroquinone, tretinoin (a prescription-strength retinoic acid) and a corticosteroid has been found in a number of studies to be most effective in treating melasma.8,9 Indeed, Dr Ravichandran describes this as “the gold standard”, and it is his preferred first-line treatment. Miss Balaratnam also opts for hydroquinone to inhibit tyrosinase (which causes melanin cells to become more active), along with tretinoin “to help drive the product deeper into the cellular layers in order to target deeper discoloration.” This follows a Visia Skin Consultation imaging session to analyse a number of contributors’ complexion health and appearance, including UV spots that indicate sun damage, skin tone variation, pore size and wrinkles. The results may also indicate exfoliation with a cosmeceutical such as alpha hydroxyl acid (AHA), forms of which are beneficial in treating PIH and melasma.10

Retinoids, such as retinoic acid, have been shown to be effective in treating PIH,11 but can cause skin irritation. A kinder alternative is the non-prescription vitamin A derivative retinaldehyde, which is well tolerated.12 Awwad chooses this in a topical formulation, claiming it’s gentler than skin-bleaching agents like hydroquinone. “We don’t want to bleach the pigment out of the skin [with hydroquinone]; we want to understand why the melanocytes are behaving in the way they are, and regulate their behaviour,” she says. Her clinic’s treatment protocol also incorporates layered topical treatments applied after deep cleansing of the skin, using a Forao sonic cleansing device to stimulate blood flow and maximise penetration of the active ingredients. Chemical peels in various formulations are employed by some practitioners and there is evidence to support their use as a second-line treatment in some patient groups.9,13 Common options include alpha hydroxyl acid (such as glycolic and mandelic acids) and Jessner’s peel (a medium-depth peel containing salicylic acid, lactic acid and resorcinol). These are typically applied in the clinic setting, and used in combination with longer-term topical therapies that the patient uses at home.

Lasers are commonly the last line of defence against hyperpigmentation, but some practitioners offer laser/light-based treatment routinely. At River Medical in Ireland, the Fraxel Dual 1550/1927 laser is used in patients with prematurely aged and sun-damaged skin. After a topical anaesthetic cream has been left on the skin for 45 minutes, the laser is applied, with treatment taking just 20-40 minutes. “The melanocytes down on the epidermal/dermal junction grow out like branches of a tree, which appear as freckles or pigmentation on the skin’s surface,” business manager Aileen Gillic explains. “So the source of the problem is not always directly beneath the area of pigmentation – it might be 5-6cm away. For that reason, a full treatment to the whole area (the entire face, décolletage or hand) – rather than just to the pigmented spots – is absolutely necessary.” Side effects of the 1550 and 1927 nanometre light wavelengths include redness and swelling immediately after treatment, with a dry and flaky skin appearance for up to 14 days. “It’s not proper clinical downtime, but it’s social downtime,” Ms Gillic adds.

The laser that has been at the forefront of removing skin pigment for several years is the Q-switched laser, which uses selective photothermolysis to target specific areas of hyperpigmentation. Dermatologist Dr Maria Gonzalez from the Specialist Skin Clinic uses the ND:Yag (neodymium-doped yttrium aluminium garnet crystal) 1042 nm laser to treat darker skin, while the 532 nm laser is indicated in fairer-skinned patients. She chooses laser for photo-damaged skin in patients who present with solar lentigos, seborrheic warts and dark freckles, and to treat very extensive or resistant melasma. “We focus the laser on the area of pigmentation, but patients are often happier if we treat the whole face as they feel they’ve got a more even result,” Dr Gonzalez comments. Although pre-treatment skin preparation does not significantly improve outcomes, she adds, post-treatment care will usually incorporate an emollient-based moisturising regime.

Whatever the cause of hyperpigmentation – be it UV damage, idiopathic melasma, or PIH – exposure to UV radiation generally exacerbates the condition. Consequently, patients should
take extreme care with sun exposure following treatment for hyperpigmentation. The primary method of both optimising the outcomes of the treatment and preventing further photo-damage and pigmentation is use of a high sun protection factor (SPF) of at least 30 (some practitioners recommend SPF 50+), applied liberally throughout the year. “For anybody who embarks on [hyperpigmentation] treatment, we insist on a homecare regime, because without that, patients are wasting our time and their money,” comments Gillic. “As well as year-round SPF 50, I almost always suggest some vitamin C in the regime to help the sun protection to work that bit harder.” Dr Ravichandran promotes sun avoidance. “It’s an absolute must for all groups of pigmentation disorder,” he says. “I advise patients against sun beds and sun exposure, and recommend a high SPF that covers both UVA and UVB, along with a hat and dark glasses, and covering up in the sun.”

The development of treatment and techniques

In darker-skinned individuals, an almost-ghostly white complexion with very clear demarcation lines was once a tell-tale sign of hyperpigmentation treatment. “The only solutions years ago were harsh chemicals that bleached the skin, and fully ablative laser treatment,” explains Miss Balaratnam. “Now, we have skin-lightening agents that are so much kinder to the skin, and they’re becoming increasingly more sophisticated. From fully ablative to fractionally ablative lasers, it’s interesting to see how this will develop in the coming years.”

Developments will likely continue to be aimed at minimising side effects, which – paradoxically – include increased hyperpigmentation. Dr Ravichandran believes that advancements in topical products like liquorice extract will lead the way, as well as mandelic acid, which “are showing some promise in the management of pigmentation”. There is some emerging evidence of the efficacy of combination salicylic and mandelic acid peels in treating melasma and PIH,14 with more research needed.

Dr Gonzalez, however, cites more advanced and targeted lasers as the panacea in pigmentation solutions. “Lasers have to be seen as the pinnacle in treating hyper pigmentation. The technology has improved over the last decade or so and is improving all the time,” she remarks. The biggest development in recent years has arguably been the picosecond laser, which effectively delivers a high-energy, very short-wave pulse of light to a highly targeted area with minimal collateral damage to the surrounding skin. “I believe there is an advancement of that already waiting in the wings, so strategic and precise use of lasers is very much the treatment of the future.”

Greater understanding of the mechanisms that cause melasma may help to channel future research into effective remedies for this condition. In general, however, a wider acceptance of the damaging effects of the sun’s UV radiation – and importantly, adequately protecting ourselves against the risks of damage – remains the first defence in staving off and dealing with this ever-challenging complaint.