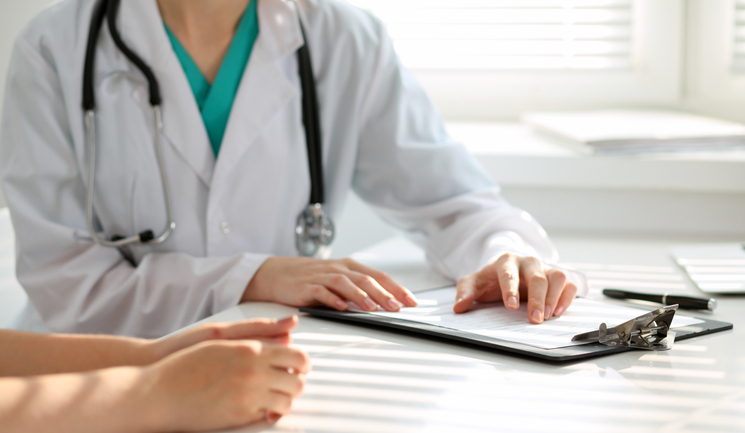 As aesthetic practitioners we may see patients from a wide variety of backgrounds, cultures and faiths. A patient’s religious viewpoint may well impact upon their decision to embark on a particular treatment. As such our approach ought to be sensitive and also supported by an awareness of the issues relevant to our patients. This article explores the topic of religion with a particular focus on consulting with Muslim patients and how to approach some of the concerns they may have.

When deciding whether or not to proceed with a particular aesthetic intervention, the individual considers multiple factors before forming a decision. Personal values and beliefs are themselves shaped by a number of variables; the society an individual has grown up in, the influence of their friends and family and, for some individuals, their religious identity. The frenetic pace of today’s life, coupled with the impact of print and digital media on societal perception of beauty, can increase the complexity of decision-making that our patients face whilst seeking to respect and adhere to tenets of faith.

In Islam there are five recognised categories for a hierarchy of acts ranging from permitted to non-permitted.1 These are:

The category of ‘haram’ has the highest status of prohibition within the Qur’an. Examples include gambling, usury and eating certain foods such as pork and drinking alcohol. For some Muslim patients the use of non-surgical interventions raises the issue of whether these treatments are considered haram. An Islamic perspective advises that focusing on external beauty should not be a goal in itself. Inner beauty and behaviours reflective of this, such as kindness and good conduct towards others, are favoured.2

The issue of beautification is addressed in the Qur’an and is one of moderation.2 Numerous methods of beautification including wearing jewellery and the application of creams, kohl and henna are permissible.2 Indeed it can be considered a form of ‘ibada’, an Arabic term for worship and is actively encouraged in some circumstances, for example, within marriage.3 According to the Qur’an, permanently changing one’s appearance could be viewed as changing God’s creation and is generally considered not permissible but, even in this regard, there are some exceptions; for example surgery to correct congenital deformity or burns.4

Applying the above principle, hyaluronic acid (HA) dermal fillers and botulinum toxin could arguably be considered permissible given their temporary nature.

However, a prospective Muslim patient may well question whether HA fillers or botulinum toxin contain any substances that may be deemed haram, such as alcohol. It is therefore prudent to be aware of these concerns and to be able to discuss and address them appropriately, including discussing the ingredients of the substances used in these treatments.

Hyaluronic acid is a substance found in the body’s cells and tissue fluids, and is a key molecule in maintaining dermal volume and elasticity due to its moisture retaining capacity.5 HA dermal fillers have structural properties similar to those of native tissue, excellent biocompatibility and good tissue integration.6 HA products may be derived from animal or bacterial sources. The HA fillers most widely used in clinical practice are non-animal HAs.5

To determine whether a HA filler is non-animal based, the ingredients in the product can be checked. Further information can be sought from a medical representative from the relevant company. Once the practitioner has checked that the HA filler that they use is non-animal based the patient can be reassured that it does not contain anything which could be considered haram.

Botulinum toxin is a highly purified protein refined from the bacterium clostridium botulinum that results in localised reduction of muscle activity by inhibiting acetylcholine release at the neuromuscular junction.7 The process of botulinum toxin A production begins with culturing Clostridium botulinum. To provide the proper nutrients, the medium chosen for growth usually has animal or soy product.8

The manufacturing process for botulinum toxin involves growing the bacterium on agar plates comprising of a number of animal-derived (porcine and non-porcine) components. The bulk toxin then undergoes a comprehensive series of purification steps so that all the animal derived by-product is eliminated in the final botulinum toxin type A product.9 Patients can therefore be reassured that the final product does not contain any animal-derived products. However, as always, patient should make the final decision on whether to go ahead with treatment and if necessary seek further advice.

The Summary of Product Characteristics (SPC) document that is included with the product states how it should be used. It also provides details on all the substances contained within the product, including excipients, and is therefore a very helpful resource for practitioners. An excipient is an inactive substance that serves as the vehicle or medium for a drug or other active substance.10

The three commonly used botulinum toxins type A: Botox,11 Azzalure12 and Bocouture13 all list human albumin as an excipient. Albumin is a protein that is defined as haram or halal depending on the source. Albumin obtained from blood is considered haram14,15 and this is therefore something patients should be informed of. It is then for the individual patient to decide whether to still go ahead with treatment.

In my practice I have seldom encountered Muslim patients wishing to specifically discuss the Islamic view-point of non-surgical aesthetic treatments, although on the few occasions the topic has arisen. The patients offered the following perspectives:

• A 46-year-old female Muslim patient attended, as she noticed that her cheeks were looking hollow after losing weight. She felt it made her appear older and wished to look as she did six months prior to the weight loss. During the consultation and examination she also commented that she was not happy with the bump on her nose and would next be considering having a non-surgical rhinoplasty. She told me she had undertaken some research on treatment with HA filler and felt treatment was permissible, as she was not making any permanent changes to her face. It is for this reason that she would not undergo a surgical rhinoplasty, as this would involve making permanent changes to her face, which did not sit comfortably with her. For this patient the issue of permanence was the most pertinent when considering the permissibility of treatments.

• A 34-year-old female Muslim patient attended to discuss lip filler treatment. For many years she had noticed that the left side of her top lip was slightly thinner compared to the right side. She explained that as she was seeking only very subtle and natural results, she was not changing her features significantly and therefore felt her treatments would be considered permissible. She required 0.1ml of HA filler to help address the subtle asymmetry and was particularly pleased because she was certain other people would not notice which was important to her. For this patient, not deviating significantly from her original features and having a modest and natural approach was an important factor in determining whether her treatment was haram or not.

• A 28-year-old female Muslim patient requested treatment for hyperhidrosis with botulinum toxin. She had actively researched the acceptability of the treatment prior to attending and I also informed her that the substance used did contain human albumin. Ultimately she felt comfortable going ahead with treatment as she considered it a medical treatment rather than a means of beautification, and therefore felt her treatment was permissible from an Islamic perspective.

Although she felt happy having treatment with botulinum toxin for hyperhidrosis, she would not have had treatment to her face for rejuvenation purposes. These cases reflect how some Muslim patients may feel comfortable with one particular treatment but not another and also demonstrates the variety of thoughts and views of different patients. When a patient of Muslim faith has presented to us in clinic one might reasonably assume their attendance itself suggests they are willing to consider a procedure.

However when undertaking a consultation with patients, regardless of their religious beliefs, it is important to ascertain whether they have any concerns about the procedure. Some patients may be worried about pain or side effects; others may cite confidentiality as a concern or worry about the results. They may also voice a concern as to whether the procedure is considered haram or not. It is important that each concern is addressed in turn.

Furthermore, patients may benefit from seeking advice from family, friends or even an Islamic scholar prior to having a treatment that they may later feel uneasy or guilty about. An Islamic scholar is someone who has spent many years studying the Qur’an academically and possesses a high level of knowledge in religious matters. They can be consulted at the patient’s local Islamic centre or mosque and they provide advice and information on a wide range of issues that affect individuals. Examples include advice on marriage, family life, financial issues and general guidelines on living as a Muslim. Often such queries are addressed in a group format so others also share in the knowledge, but if the query is of a sensitive nature or if an individual simply does not wish to disclose their issue in front of others, then confidentiality should be requested from the outset so that this can be respected.

Respecting confidentiality is an ethical but also a legal obligation on practitioners and the General Medical Council’s (GMC) confidentiality guidelines16 make it clear that patients have a right to expect their personal information to be held in confidence by their doctors. A clear discussion should also take place on what can be realistically achieved in terms of results. The GMC guidance for doctors who offer cosmetic interventions17 states that all patients should be given all the time they may need so that they can make a voluntary and informed decision about whether to go ahead. While this should apply to all consultations, due to cultural and religious sensitivities it can be particularly important for some patients and this should be ascertained as early as possible.

When it comes to a discussion around whether a certain treatment is haram or not I believe having awareness and understanding of what this term means is beneficial. It enables the practitioner to explore a patient’s religious concerns whilst assisting them thoughtfully and respectfully to make an informed decision as to their treatment of choice. The practitioner should be aware of the patient’s possible concerns and, as with any consultation, be prepared to not undertake the procedure if there is any hesitation or uncertainty from the patient about its religious acceptability.

If indeed the patient does have a concern, they ought to be reassured that there is no obligation to go ahead with a procedure and they should be given as much time as they require to decide. By approaching concerns with sensitivity and appreciating there may be considerable differences amongst individuals, even those sharing the same faith, practitioners can aim to offer a successful consultation where the patient feels empowered in their decision making.