Consumer Media and the Aesthetics Specialty 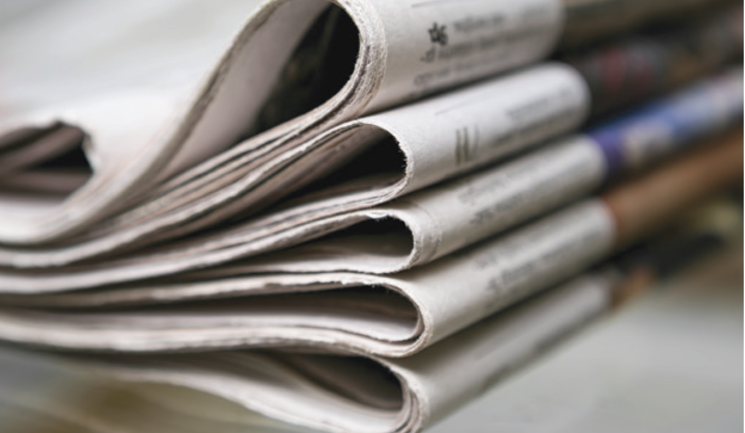 In May 2017, beauty therapist Deborah Mitchell made a claim in an article published by the Daily Mail that suggested patients who had been having botulinum toxin treatments were damaging their sex lives.

Mitchell, who has practised beauty therapy for more than 25 years, said, “The thing these ladies were doing to delay the ageing process and make themselves more attractive seemed to be having the opposite effect. Instead of enhancing their sexual life, their heavy Botox [sic] use seemed to be sabotaging it.” Mitchell claimed this was due to toxin creating ‘frozen faces’ that were unable to communicate and show true thoughts and feelings towards their partners.1

Practitioners interviewed for this feature believe there are no clinical studies to support these claims. Consultant dermatologist Dr Stefanie Williams says, “The main thing to say is that there is no clinical evidence and it is just guess work. I certainly have not seen any anecdotal evidence in patients that I treat; and don’t know of any controlled studies confirming this. It’s also hard to image how that might work as a mechanism of action.”

Aesthetic practitioner Dr Preema Vig adds, “This article alludes to ‘heavy Botox’ users with frozen mask-like faces that have rendered them incapable of smiling and communicating their feelings. There are many variables that would need to be researched before being able to scientifically identify ‘Botox’ [sic] as affecting ‘sex lives’.”

The consumer media, over the years, has printed numerous negative stories on aesthetic treatments and their outcomes, leading one to ask: what effect does this have on our patients?

Do we believe what we read?

Dr Williams says, “I do worry that articles like this could make patients anxious about the side effects of botulinum toxin and could be putting the wrong idea in their head, even though there are no studies to support it.” She adds, “With an article on a huge platform like that, there is always a danger people will believe it.”

There is a good reason to be concerned that patients will believe negative press; a trial in 1993 by psychologist Daniel Gilbert tested the theory of whether belief is automatic when we are first exposed to an idea or whether belief is a separate process that follows. In the study, 71 participants read statements about robberies, and then suggested a jail sentence based upon the information they had just read.

Gilbert found that participants who were distracted and didn't have time to process what they read gave the robbers worse jail sentences; they hadn't had time to analyse the green versus red statements and instead took the statement as a whole to make their decision. Participants who were not interrupted gave the robbers more realistic sentences and suggested the robbers receive less jail time, indicating that those who take time to fully understand what they read have a clearer judgement.2

British psychologist Dr Jeremy Dean said of the study, "Believing is not a two-stage process involving first understanding, then believing. Instead, understanding is believing, a fraction of a second after reading it, you believe it until some other critical faculty kicks in to change your mind."3 In other words, people are likely to believe what they read instantly, unless they take time to consider it further.

Is negative press an issue?

Patients may be left feeling nervous after what they have read in the press, Dr Williams says, “Scare mongering articles may make patients anxious, as many patients can't distinguish between scare mongering without supporting scientific evidence, and evidence-based reports.”

Consultant physician at University College London Hospitals (UCLH) and medical director of Adonia Medical Clinic, Dr Ifeoma Ejikeme, adds, “I think these kinds of stories can be damaging to patients’ perceptions of cosmetic treatments as they aren’t an accurate representation of the majority of patients seeking aesthetic treatments.”

“Still to this day, nine out of ten patients who are thinking about having a lip treatment will say to me, ‘I don’t want to look like Leslie Ash!’"

Dr Vig also points out that, “There is a lot of media misconception – the article in question speaks about the treatment of patients to the point where they are unable to move their facial muscles, which is not the norm for leading practitioners – this is further compounded by social media platforms that showcase further compounded by social media platforms that showcase ‘enhanced’ visual representation.” There is a worry amongst some practitioners that patients may read something that gives them unrealistic expectations of what can be achieved, or will be tempted to seek a treatment they don’t need.

Dr Ejikeme says, “There is a concern that patients may seek treatments for the wrong reasons after what they have seen in the press. Studies do suggest that for cosmetic treatments there is a higher incidence of body dysmorphia,4 so patients and their practitioners need to have careful conversations to ensure they are seeking surgical and non-surgical treatments for the right reasons.”

However, aesthetic nurse prescriber Jenny O’Neill believes that coverage of the aesthetics specialty is good, regardless of whether it’s positive or negative, “I think what the patient hears, reads and sees, can influence them both positively and negatively. Either way, it creates awareness, and highlights that the treatment exists, as many patients have no idea to what is even possible, so it gives us an opportunity to educate.”

Does the press influence patient decisions?

There are some negative stories that seem to linger in the press, and one of those stories is of Leslie Ash. The actress famously suffered an allergic reaction to a silicone filler in 2002 and was ridiculed for her ‘over-done’ lips, which turned out to be a permanent procedure.5 Although it happened 15 years ago, it is at the forefront of many patient’s minds, according to O’Neill, “Still to this day, nine out of ten patients who are thinking about having a lip treatment will say to me, ‘I don’t want to look like Leslie Ash!’ It’s such a good example of how negative press can still influence people.”

O’Neill continues, “But this gives us the chance to educate patients about what dermal fillers are, and what they are like these days; we’ve advanced a lot in the past 15 years. I explain that we use hyaluronic acid-based dermal fillers, which are not permanent like the one Leslie Ash had.”

Stories about the aesthetics industry are unlikely to go away, especially those that often reflect negatively on the specialty. But is there anything practitioners can be doing to counteract negative news? O’Neill says, “We should be sharing much more informative articles about procedures on our websites and through social media, with good before and after photographs, a reassuring view of what is possible and what the normal expectations would be. We need to produce interesting articles – people who walk through the clinic door have no idea what is possible until you sit and talk about it with them, because that sort of information is not always published.”

Dr Williams concludes, “They only thing we can and must do is to continue to educate patients with the true facts about the treatments we offer.”