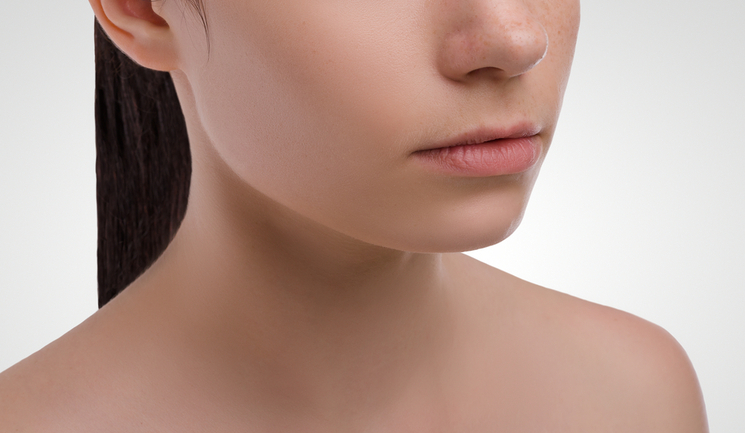 The skin is the largest organ in the body and acts as a barrier to chemical, thermal, physical and, at times, biological agents. The skin’s functions include synthesis of vitamins, preventing loss of vital nutrients, excretion of waste products, thermoregulation and an aesthetic evolutionary role.1

Cosmetic procedures that improve the complexion of the skin are highly sought after in aesthetic practices, particularly procedures that improve hydration, pigmentation or reduce erythema, in my experience. The skin is designed to act as a barrier to prevent the movement of molecules from the environment into the body, so pharmaceutical and cosmeceutical products are continually being innovated to improve delivery of the active ingredients through this barrier. It is not only important what active ingredient is delivered into the skin, but how it is delivered and there are a plethora of mechanisms used in the manufacture of cosmeceutical products to improve the concentration below the stratum corneum.2 The use of nanoemulsions, liposomes, nanosomes and nanospheres are just a handful of ways active ingredients are packaged to improve the penetration of products through the skin.3 However, in aesthetic practice, other treatment modalities can be utilised to further increase this skin penetration, with the goal of gaining greater therapeutic effect.4

The epidermis is composed of a stratified squamous epithelium. It contains a number of different cell types, each with specialised barrier functions:

Therapeutic medication and effective cosmeceuticals have been shown to penetrate to deeper layers through two distinct routes:4

1. Transappendageal pathways, via the hair follicles and sweat glands

2. Transepidermal through intracellular and intercellular pathways

The dermis is split into two parts: the papillary dermis and the reticular dermis. The dermis houses a network of nerve fibres, blood vessel and connective cells such as fibroblast, elastin and collagen fibres. For cosmeceuticals to have a significant or therapeutic effect, they would need to reach certain end points in the skin. Intrinsic and extrinsic ageing of the skin are multi-factorial processes and all elements of the skin are affected in some way. The central aspect of ageing includes induction of matrix metalloproteinases and production of reactive oxygen species. Cosmeceuticals that are able to overcome these aspects at the epidermal and dermal layers of the skin can be beneficial.11 In 2015, Ali et al. described five mechanisms to enhance penetration of drugs through the skin. The authors classified the methods as follows:10

In medical aesthetics, whilst there can be a benefit in delivering selected products to deeper layers of the skin, the goal would be to retain product in the skin and to limit systemic delivery and potential side effects of the product. This is the likely reason most aesthetic techniques focus on physical and chemical enhancement. There are a number of procedures that can improve the delivery of topical products deeper into the skin: dermabrasion, lasers, chemical peels, microneedling, and plasma. Note that there are limited studies available on the use of each system for delivering skincare formulations and much of the literature discusses pharmaceutical penetration.

Dermabrasion is the process of mechanically exfoliating the skin. The degree of exfoliation would depend on the device used and the force applied, but removal of the entire dermis can be achieved through this method. Microdermabrasion is a modified procedure leading to superficial resurfacing with the resultant reduction or removal of the stratum corneum.12 There are few studies looking at the effectiveness of microdermabrasion as a delivery system. In one small study done by Kim et al in 2016 (p=13), the authors suggested dermabrasion may lead to increased skin permeability via the transappendageal pathway.13 One could hypothesise that if this is effective, it could lead to increased uptake of a topically-applied substance. Care must be taken with this approach as there can be deeper epidermal and dermal layers inadvertently removed, leading to complications such as scarring, hyperpigmentation and infection.12 Loesch M. et al describes the use of hydradermabrasion, which has the same indications as microdermabrasion. The authors describe hydradermabrasion may be particularly useful when treating darker skin types and sensitivity in those with dry or mature skin. Hydradermabrasion may overcome the risks of pigmentation and increased sensitivity in mature and sensitive skin.4 A study by Freedman shows hydradermabrasion was used to increase the penetration of antioxidants into the skin in 20 women aged between 34 and 56 years. They were randomised into two groups and had treatments over six weeks. Group A had hydrabermabraion and a polyphenolic antioxidant serum every seven to 10 days. Group B had the serum alone. The results showed Group A had an increase in papillary dermal thickness, epidermal thickness and increase in polyphenolic antioxidant levels in the skin (P<0.01). Group B showed no change in the structure of the skin or antioxidant levels.14

Use of ablative lasers has steadily increased over the last 40 years and fractional ablative laser (FAL) has enabled a wider proportion of patients to tolerate this procedure as it is associated with less risks and downtime.4 Ablative fractional laser utilises micro-thermal treatment zones (MTZ) in a grid-like pattern, which penetrate through the epidermis and dermis, while the undamaged adjacent zones enable rapid healing.4 This procedure has been combined with topical treatments to improve and increase drug delivery to the skin, utilising the MTZ to bypass the stratum corneum.4,9 A clinical study by Togsverd-Bo K et al. was done to assess the effectiveness of FAL in increasing the effect of methyl-5-aminolevulinate photodynamic therapy (PDT) on the management of actinic keratosis.11 Patients with actinic keratosis were randomly assigned to receive FAL-PDT or PDT alone. The combined FAL-PDT showed fewer residual actinic keratosis lesions.4 FAL treatment can be augmented to determine the depth of delivery of topical agents by changing the laser settings. Care must be taken as thermal energy generation causes an increase in vascularity and this increases the risk of transdermal drug delivery to the systemic circulation – this should be minimised to reduce the risk of unwanted systemic side effects.4,9 Settings must be carefully monitored, as well as the substance used to reduce risks of systemic effects of the topical agent. When starting out, I advise that aesthetic practitioners opt for mild abrasion and progress with training to more ablative techniques and devices such as FAL. It is important to note that many cosmeceutical preparations are not developed for penetration beyond the stratum corneum, thus preparations must be specifically formulated for use at the intended layer and have appropriate regulatory standards of safety.

Chemical peels are one of the most common non-invasive aesthetic procedures. This is a form of chemical exfoliation, leading to a desired layer of cutaneous ablation.15 Historically peels have been classified as:15

Application of different agents such as glycolic, salicylic, mandelic, trichloroacetic (TCA) peels can be used to partially or fully ablate a specific layer of the skin. This overcomes the uneven ablation of mechanical exfoliation with dermabrasion and carries less downtime than laser ablation. Specific peels can, therefore, be chosen based on indication, patient skin type and patient tolerance.15 Re-epithelialisation takes three to 14 days depending on the depth of the peel.16 As the stratum corneum has been breached, there will be increased permeability of topicals applied post peel.13,15 In my experience, it’s best to wait for re-epithelialisation prior to resuming active products as this procedure does carry a number of risks, including infection and post-inflammatory hyperpigmentation, amongst others.8,16 A chemical peel predictably causes increased skin permeability;10 this allows the practitioner to choose a product that can target the condition causing concern. This carries a caution as a greater percentage of an agent is able to pass through the skin, for example it’s been suggested that 80% of hydrocortisone is able to pass through skin with a disrupted barrier compared to 1% in skin with an intact barrier.10 The practitioner would therefore need to use a product indicated for use below the barrier surface of the skin at the appropriate percentage.

Microneedling has been used to physically bypass the stratum corneum to deliver medicaments to the dermis and the subcutis.16 It has been used as a method to breach the barrier function of the skin and to increase skin permeability.2,17 The literature shows limited, but promising evidence of the use of microneedling as a delivery method for topicals through the skin.2,17 In 2013 Dhurat et al. demonstrated the use of microneedling as a drug delivery system for minoxidil in patients with androgenic hair loss.18 The study was a comparative evaluator blinded 12-week study of 100 patients with mild to moderate androgenic hair loss who were randomised to two groups. The treatment group had weekly microneedling with 5% minoxidil placed 24 hours after needling. The control group had minoxidil 5% alone. The results showed a hair count of 91.4 per cm2 in the treatment group compared to 22.2 in the control group (p=0.039). The evaluators and participants also felt greater satisfaction with hair growth in the treatment group.17,18 In 2016 Farid et al. demonstrated the use of microneedling as a delivery system for platelet-rich plasma (PRP) in the management of hair loss in women.2 More studies are needed on which ingredients work effectively with microneedling, as well as a reproducible protocol on how many treatments should be done, needling length for different aesthetic indications, and a protocol for maintenance.

Plasma has been described as the fourth state of matter and has been extensively studied for medical applications such as sterilisation and wound healing,8,19,20 as well as being used as a drug delivery system for conditions such as Alzheimer’s disease for improved drug delivery.8 The use of a plasma jet can ablate parts of the stratum corneum and its use has been extended for non-surgical rejuvenation.8 In cosmetic medicine, further studies are needed to fully assess the ability to maintain topical concentration in the skin and reduce systemic absorption.

The barrier function of the skin is vitally important in maintaining homeostasis, immunity and thermoregulation. When breaching the barrier function of the skin, the most important step is penetration or ablation of the stratum corneum. Whilst treatments to improve the concentration of topical ingredients within the skin can be beneficial, care must be taken by practitioners to ensure the treatment does not increase delivery of the topical product into the systemic circulation which may lead to unwanted side effects. More studies would be welcome in this area to explore the effective penetration of certain skincare formulations with each delivery system.