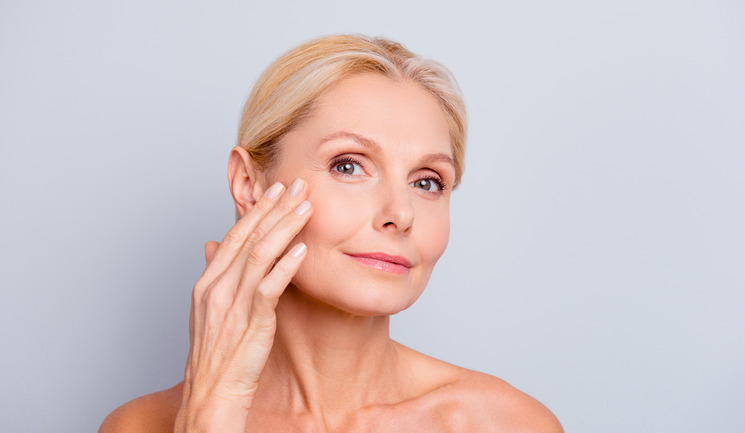 ‘Peptides’ is a commonly used term by aesthetic industry professionals, but is also well recognised by the ‘skin-geek’ consumer, ever-seeking the latest ingredient to reverse the signs of ageing. Here, we take a journey into peptides and their application in cosmetic dermatology.

Peptides are essentially small pieces of protein. In fact, the term comes from the Greek term pepton peptos, which means digested.1 They are chains (polymers) of amino acids – the building blocks of proteins – and, if you link two amino acids together, you have a ‘dipeptide’, three amino acids resulting in a ‘tripeptide’, then a ‘tetrapeptide’ and so on. Peptides typically consist of less than 50 amino acids. ‘Oligopeptides’ have less than 20 amino acids. The term ‘protein’ is used for larger chains, and these may contain ‘polypeptides’, a long chain of peptides joined together.2 Naturally occurring human peptides are key in cell-to-cell communication, for example, protein regulation, cell migration and proliferation, inflammation, melanogenesis and angiogenesis, resulting in a wide variety of physiological processes including immunity, stress, growth, homeostasis and reproduction.1 Peptides may be either natural protein fragments – due to enzymatic or acid hydrolysis – and thus of undefined fragment size, or synthetic peptides. The former is not consistent in the end product, whereas synthetic peptides are. Around 1,400 synthetic peptides are listed in the International Nomenclature of Cosmetic Ingredients (INCI) database directory, although only a few have widespread use and recognition.3

It was exactly a century ago, in 1921, that glutathione – a potent, naturally occurring intracellular antioxidant – was named and suggested as a peptide by biochemist Frederick Gowland-Hopkins. It was first discovered by physician J. de Rey-Paihade in 1888 from extracts of yeast and various animal tissue; then named philothion. By 1929, Hopkins had proposed the correct tripeptide structure of cysteine-glutamate-glycine which was later confirmed by a number of scientists.5 Glutathione is commonly found in skincare products today, especially those aiming at skin-brightening.

Interestingly, it was in the same year (1921) that physicians Frederick G. Banting and Charles Best reported their discovery of insulin to the American Physiological Society, a discovery that would go on to improve the quality of life for millions of people with diabetes and continues to do so to this current day.6 In 1955, British biochemist Frederick Sanger successfully sequenced bovine insulin and discover its exact amino acid composition, which later won him the Nobel Prize for Chemistry.7 Other important peptide discoveries include oxytocin, angiotensin and growth hormone.8

Within the skincare realm, various natural peptides have been identified and synthetic ones formulated, with ever-increasing knowledge of their function. Copper glycine-histidine-lysine (Cu-GHK) was developed in 1973 by biochemist Loren Packard, and by the late 1980s the first copper peptide was formulated into a skincare product. However, it took until 2000 for the most significant turning point to happen, when palmitoyl pentapeptide-4 was introduced under the brand name Matrixyl. Over the last 20 years, numerous short and stable synthetic peptides have been developed, demonstrating a role in extracellular matrix synthesis, pigmentation, innate immunity and inflammation.1

Benefits of peptides in skincare

Peptides are not limited to cosmetic dermatology as the aforementioned discoveries indicate. In fact, their application in medical dermatology predates their cosmetic use. Pimecrolimus and tacrolimus, two widely used immune-modulators, indicated for atopic dermatitis, are both ‘peptides’.

Peptides can fulfil a variety of functions in cosmetic dermatology. Most activities are centred on:8

As proteins, peptides play a whole host of vital functions in the body. A key limiting factor when used topically is their permeability. In part, this is influenced by physiochemical properties of the peptide, for example, acid-dissociation constant (pKa), molecular size, stability, binding affinity, and solubility.8 Thus, putting a bunch of peptides into a jar and hoping they will induce biological antiageing is not realistic. The individual peptides and the properties of the final collective formulation must fulfil a long list of chemical criteria to ensure the product will deliver what it claims to. Peptides by nature are not good candidates for diffusing through the stratum corneum (uppermost layer of the epidermis) which is lipophilic, consisting of only 13% water.8 Small molecules lacking in hydrogen-binding groups exhibit the highest degree of diffusion. Peptides often contain many amide bonds (as hydrogen bond donor and acceptor groups) and may be larger in size. Furthermore, at physiological pH they are often charged, making them hydrophilic – not ideal with a lipophilic stratum corneum to cross.8 However, numerous studies have demonstrated adequate diffusion to affect a biological action. Pimecrolimus has relatively poor diffusion but nevertheless manages to be an effective treatment for atopic dermatitis and is a topical drug I often prescribe in my skin clinic.8 Methods applied to improve depth of delivery of peptides include:8

These act as hormones or messengers. In vivo, inflammation triggers proteases and other enzymes to break down collagen, fibronectin, hyaluronic acid and other substances. These resulting smaller strands/fragments (matrikines) then act as hormones or messengers to stimulate fibroblasts and other cells as part of a response of repair and regeneration.1 Matrikines are capable of regulating cell activities by interacting with their specific receptors. They activate certain genes involved in the process of extracellular matrix renewal and cell proliferation. These mechanisms become weaker and weaker with age. Signal peptides stimulate production of extracellular matrix (ECM) proteins including collagen, fibronectin, elastin, and proteoglycans, by communicating with specific cells such as fibroblasts. These proteins are key to the structural integrity and hydration of our skin cells, and by upregulating their production, signal peptides can deliver firmer, tighter and brighter skin. One of the original signal peptides used in skincare is discussed below.8

In 1993, Katayama et al. showed that lysine-threonine-threonine-lysine-serine (KTTKS) is the smallest natural fragment (of collagen 1) that has collagen-stimulating potential.9 Seven years later, Matrixyl was developed as a synthetic replica of this pentapeptide structure. It is a small, highly specific biologically active peptide, shown to stimulate production of ECM proteins (including collagen Types I, III and IV), support of the ECM matrix and wound healing. A number of placebo-controlled, double-blind randomised studies (some biopsy-based) have demonstrated the ability of pal-KTTKS to reduce fold depth and thickness and skin rigidity as well improving other skin quality parameters.10-13 Furthermore, no risk of irritation, sensitisation, mutagenicity or acute toxicity was identified.

Neurotransmitter inhibitor peptides (neuropeptides) are peptides that act in the brain (reducing pain, inducing happiness, inducing sleep, suppressing appetite) but many can also be found in the skin, for example, neurotensin, substance P, encephalin, beta-Endorphin, alpha-MSH.10 So how can these be applied in aesthetic medicine? The muscles of facial expression, especially in the upper face, are a key contributor to the formation of lines and wrinkles in this area, such as periorbital lines. Nerves signal muscles to contract via the neurotransmitter aetylcholine (ACh). Botulinum toxin-A (BoNT-A) is a well-established cosmetic treatment for the prevention and treatment of lines and wrinkles of the upper face. BoNT-A cleaves SNAP-25 – a critical protein for ACh release – thus ultimately resulting in muscle relaxation. Topical synthetic peptides which can inhibit neurotransmitter release have been identified. These cosmeceutical peptides penetrate skin and relax muscles, causing the reduction and softening of wrinkles and fine lines.1

Acetyl-hexapeptide-3 (also known as Argireline) is a synthetic peptide which imitates the N-terminal end of the SNAP-25 protein and thus inhibits SNARE complex formation and catecholamine release. Inhibition of noradrenaline and adrenaline release has also been demonstrated. In one of many studies, Argireline was shown to reduce wrinkles by 30% vs. 10% in placebo in just four weeks.17 Later, a two amino acid addition produced acetyl-octapeptide-3 (SNAP-8) which has a superior action on wrinkles compared to its predecessor.17

These directly or indirectly inhibit an enzyme. Rice peptides, for example, inhibit matrix metalloproteinase (MMP) activity. Although important in tissue remodelling, MMPs degrade the ECM and their upregulation accelerates ageing and cancer. Soybean peptides extracted from soybean seeds, inhibit the formation of proteinases.18 A small pseudo-randomised study of just 10 women (in vivo/in vitro) with soybean peptide, showed a significant increase in glycosaminoglycan and collagen synthesis.19

Although this and other small studies1 have shown potential antiageing benefits, larger studies are required as well as more in vivo trials to better demonstrate the relevance and potential of these peptides in skincare formulations. Although, so far, their role looks to be very promising.

What are growth factors?

The use of peptides in cosmetic dermatology has been well established over the last two decades. The most commonly applied peptides are signalling/messenger peptides which primarily strengthen the extracellular matrix, and neurotransmitter-inhibitor peptides which prevent and treat expression lines through muscle relaxation. Numerous placebo-controlled, double-blind, randomised controlled trials have supported the claims of efficacy of these peptides for antiageing purposes. As practitioners, the most important issue we must remain aware of is that peptides are inherently poor diffusers of the stratum corneum. Only formulations with effective molecular delivery technology, will allow these peptides to perform their desired biological action, which if achieved, offers your patients a very safe and clinically effective option for attaining healthier skin.