Exploring Skin of Colour in Summer 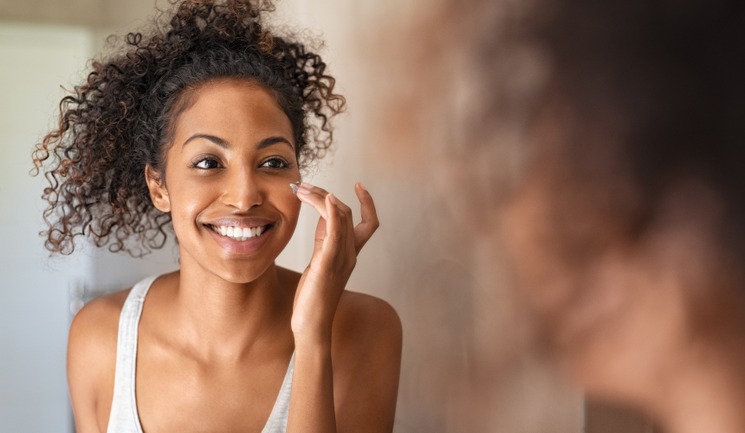 People seeking clinical skin treatments vary widely in ethnicity. Though people with skin of colour (SOC) constitute the majority of the world’s population, they are under-represented in scientific studies, medical textbooks, and practical training where light skin tones have historically featured most frequently.1 This bias causes delays in diagnosis and treatment, resulting in greater morbidity and mortality, with the need for more oppressive treatment.2

Understanding the differences in the structure and function of SOC is important to facilitate timely diagnosis and prevent adverse outcomes. Thankfully, this call is starting to be addressed. Several large-scale studies have been conducted examining the genetic and phenotypic differences among racial groups3 dedicated training for SOC has been included in the UK dermatology training syllabus since 2021.

We have found that the warmer months are a key time for enquiries and advice sought by patients with SOC at our clinic, because sun exposure worsens certain conditions and draws greater attention to them. In this article, we provide aesthetic practitioners with an overview of considerations for treating individuals with SOC in the summertime.

Skin is famously known as the largest organ of the body and functions as a protective barrier, a temperature regulator, a toxin eliminator, the best source of vitamin D production, and our environmental sensor through tactile touch.4 Under the microscope, the structure of skin is similar across all skin types, however there are morphological differences apart from the inherent SOC that are most often seen in the outermost layer of the epidermis, the stratum corneum.4

So, what do we mean by SOC? Ethnologically all humans are of African ancestry. The colour of our skin, determined by melanin pigment, is on a continuum ranging from pale white to darkest brown. Ethnicity and race fall short of the scientific description needed. While ethnicity relates to broad populations with a common culture or language, race defines a specific population with genetic similarities, such as Caucasian, African or Australasian.5 The Fitzpatrick classification (phototypes I-VI) categorises skin of all colours according to its response to UV radiation.6

Skin conditions in skin of colour

Most skin conditions occur in people of all skin types. However, some conditions may affect darker skin tones more frequently or more severely. Practitioners may find that certain skin concerns among their patients are heightened in the summer months.

Pigmentation is the most obvious difference between skin types. Melanin is a natural skin pigment that protects the nucleus and DNA from damage by UV radiation.8 Melanocytes in the basal layer of the epidermis make melanin in melanosomes for the purpose of transfer to neighbouring keratinocytes. One melanocyte distributes melanin to approximately 40 keratinocytes.8 We all have roughly the same number of melanocytes, though in darker skin these are located throughout epidermal layers, containing larger melanosomes and producing more melanin.9

Pheomelanin (yellow-red pigment) predominates in light skin (Fitzpatrick I-II) and eumelanin (brown-black pigment) in darker skin tones (Fitzpatrick V-VI), with a mix of both in Fitzpatrick III-IV.10 Melanogenesis commences with the conversion of L-Tyrosine to dopaquinone, by the key enzyme tyrosinase, which then serves as a substrate for eumelanin and pheomelanin production.11 Regulation of melanin synthesis by inhibiting tyrosinase is an important target in the prevention of hyperpigmentation.

Although all skin types undergo photoageing due to sun exposure, darker phototypes exhibit less signs of ageing, such as wrinkles and skin laxity, compared to lighter skin tones due to the protective effect of melanin. However, they endure a higher risk of hyperpigmentation, which only increases in the summer, as UV light triggers further melanin production in the epidermis and deposition deeper in the skin.5 Melasma is a condition characterised by irregular hyperpigmented patches typically located on the forehead, cheeks, nose, chin, and upper lip. It is more common in darker skin types living in areas of intense radiation.12 Post-inflammatory pigmentation affects darker skinned patients with more frequency and severity than lighter skin tones.13 It may occur after minor injuries, such as mosquito bite scratches, or as a result of common skin conditions, such as eczema or acne. Treatment for hyperpigmentation must address three key items: prevention of further pigmentation using sunscreen, regulation of melanin production using tyrosinase-inhibitors, and exfoliation of existing hyperpigmentation using alpha hydroxy acids.13

People with SOC endure a higher risk of hyperpigmentation, which only increases in the summer, as UV light triggers further melanin production

Hydration of skin is vital for optimal function as a protective barrier to the external environment. Dry skin, or xerosis, results in considerable compromise to this barrier function, where skin cells in the stratum corneum shrink, develop small cracks, and allow harmful particles to enter the body.14 The skin appears dull, flaky, and rough with increased levels of histamine and inflammatory cytokines under microscopic examination.14

Though dry skin occurs in all skin types, incidence increases with maturity and darker phenotypes due to differences in water loss, water content, lipid content, and skin reactivity. SOC has the lowest ceramide levels compared to Caucasian and Asian skin.15 Ceramides are long-chain fatty acids that help to reduce permeability of the skin and lock in moisture. Low ceramide lipid levels are associated with greater transepidermal water loss (2.7 times higher than Caucasians) and a lower water content of the stratum corneum.15 Xerosis is often exacerbated in the summer due to heat, air conditioning, UV exposure, air travel, chlorine chemicals in pools, and salt in seawater.15 Treatment for xerosis comprises elimination of aggravating factors and moisturising skin to minimise relapses.16 Patients are advised to avoid excessive bathing and use of alkaline soaps, regular use of humectants which draw moisture into the skin (such as hyaluronic acid, alpha hydroxy acids and glycerin), emollient replace moisturising oils to smooth and soften the skin surface (such as ceramides, jojoba oil, rosehip oil), and occlusives which seal in moisture (such as shea butter, beeswax, and lanolin).16

Darker skin is less efficient at synthesising vitamin D from sunlight, so ethnic minorities are at higher risk of deficiency, especially in cold climate countries such as the UK. A study of 4,046 British Afro-Caribbean subjects under 40 years of age, showed insufficiency in 41% and deficiency in a further 37%.17 Crucial for biological function, vitamin D calms skin inflammation, increases cell turnover, and has antiageing effects. Even in the summer, when levels of light are at their highest, people with SOC are advised to continue daily vitamin D supplementation to ensure optimal skin health.17 However, many patients are unaware of this as they believe the sun will improve their levels enough, leading to neglect. More health promotion around this is needed by both healthcare and aesthetic professionals.

People with SOC are more susceptible to hypertrophic and keloid scar formation, characterised by dysregulated growth with excessive collagen formation in the wound healing process, causing a raised growth beyond the boundary of the original injury.18 This can occur with minor injuries such as cuts, piercings, tattoos, or acne more frequently in the warmer months where skin is more exposed, typically on the upper chest, shoulders, and ears. The pathophysiology is unclear but it is thought that increased papillary fibroblast activity seen in darker skin leads to increased wound response.19

Improving knowledge around common skin conditions affecting different skin types is essential to properly serve diverse populations. Patients with SOC are at a higher risk of inflammatory skin conditions, hyperpigmentation, xerosis, and vitamin D deficiency, and these are particularly prevalent during the summer months. Patients should be advised on how to manage their symptoms through lifestyle changes, avoidance of triggers, use of effective skincare, and when to seek help from a dermatology specialist.