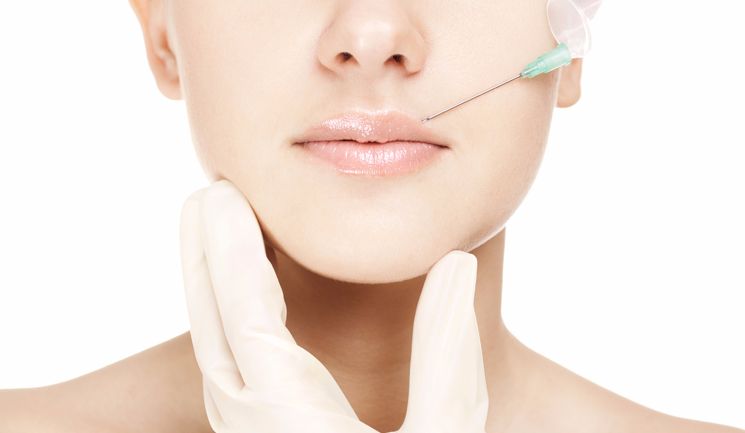 In no other area of aesthetics do practitioners have so many different products or treatment options available to them as dermal fillers. Along with botulinum toxin injections, fillers are the bread and butter of most medical aesthetics clinics, with their popularity soaring as public awareness and acceptance of non-surgical enhancement grows. In recent years fillers have also become more than just a treatment for lines and wrinkles with advanced indications including cheek and chin augmentation, tear trough correction, nose re-shaping, scar revision, lip enhancement, hand rejuvenation and the correction of facial asymmetry widening the scope of treatment for practitioners.

But as the popularity of dermal fillers has grown so has the size of the market with an estimated 160 products now available in the UK. Unlike botulinum toxin however dermal fillers are not prescription only medicines and are classified as medical devices, so the task of monitoring what is being injected and by who is a far more daunting one. The UK currently also lacks any kind of regulation, unlike the US where less than 10 dermal filler products are FDA approved for cosmetic use. With such a plethora of different unlicensed products on the market, choosing the best option for your patients can be a minefield especially for practitioners just breaking in to the market.

Injecting a ‘filling’ substance into the face in order to improve facial ageing is nothing new. Fat transfer procedures were carried out as far back as the 1890s but they had their problems with often inconsistent and unreliable results. Paraffin and silicone injections were then reportedly used in the early 1900s but poor safety records and complications prevented the treatment from catching on. It wasn’t until the introduction of collagen almost a century later that the term ‘dermal filler’ really emerged.The first collagen injectable treatment designed for facial rejuvenation was derived from bovine collagen (sourced from cows). Along with Botox®, collagen led the way for the non-surgical revolution. Although patients needed an allergy test before undergoing treatment, collagen injections grew in popularity, especially in the US where they were still the 13th most common procedure performed in 2008 according to the American Society for Aesthetic Plastic Surgery (ASAPS). However in the last decade collagen’s popularity has declined with the emergence of a plethora of other filler substances, in particular hyaluronic acid.

Most dermal fillers used in the UK today are temporary or resorbable products made from various kinds of man-made and synthetic materials.

Hyaluronic acid fillers are the most widely used fillers in the UK and have a very high safety profile. Hyaluronic acid is a naturally occurring substance, present in every living organism so it is very biocompatible and rarely causes any reactions. It is estimated that 30 million patients around the world have been treated with some form of hyaluronic acid. Products include: Restylane®, Juvéderm® Ultra, Teosyal®, Belotero®, Varioderm™ and Cristal. Hyaluronic acid products can come in different thicknesses or viscosities, which make them a versatile choice for treating different areas of the face. A thinner product would be well suited to fine lines and wrinkles or for subtle enhancement of the lips whereas a thicker product is ideal for addressing volume loss and very deep wrinkles.

Other types of filler also include:

There may be rumored to be more than 160 dermal filler products with CE marks available in the UK, but when it comes to those most commonly used in cosmetic practices and discussed at medical conferences there are only a handful. Even fewer of theses products actually have FDA approval in the States. These include: ArteFill®/ArteColl®, Radiesse™, Restylane® Perlane, Sculptra®, Zyderm®/Zyplast®, Cosmoderm/Cosmoplast, Juvederm® and Evolence™.

Over the next few pages, we take a look at some of the major players in the UK market… 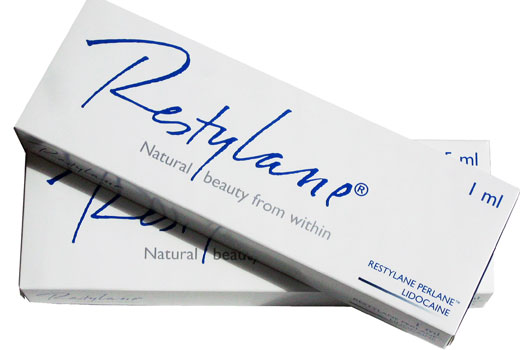 When it comes to hyaluronic acids Restylane® is the godfather. With more than 10 years of clinical data proving its safety and efficacy, it is one of the most popular dermal fillers used in the UK. Restylane® is a Non-Animal Stabilised Hyaluronic Acid (NASHA) gel, manufacturered using patented technology. Launched in the UK in 1996, it has worldwide approval, including FDA approval for Restylane® Perlane, and has been used to perform more than 10 million treatments worldwide. The product range includes Restylane®, Restylane® Lipp, Restylane® Touch, Restylane® Perlane, Restylane® Sub-Q and Restylane® Vital. Earlier this year the company also launched Restylane® Lidocaine and Restylane® Perlane Lidocaine with the addition on 0.3% lidocaine. With so many other HA’s tyring to take its crown, Restylane®’s clinical evidence may have just given it a leading edge. Trials have recently shown that the product lasts longer than six to nine months in patients who have undergone repeat treatments. Results of a study by Narins et al (Dermatol Surg 2008;34:S2–S8) showed that the product lasted up to 18 months in some patients. 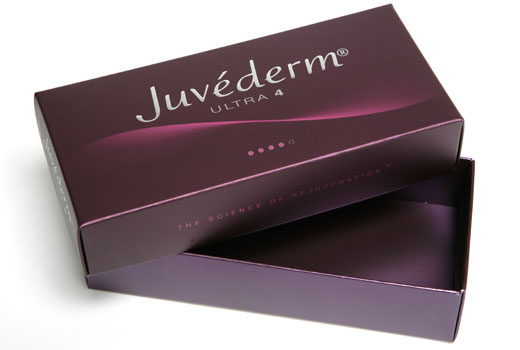 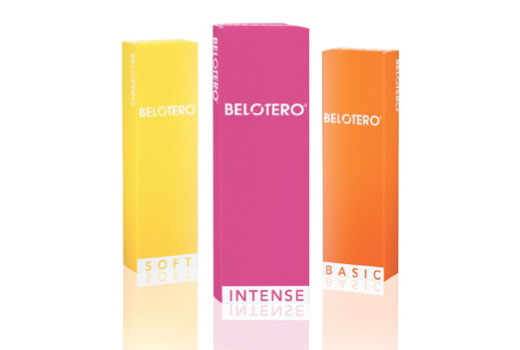 Belotero® has been available in the UK since 2007. A monophasic double cross linked Non-Animal Hyaluronic Acid (NaHA) gel, where it differentiates itself from other HAs is in its manufacturing processes. Belotero® is made using patented Cohesive Polydensified Matrix (CPM) technology, and it is this which the manufacturers claim sets it apart from conventional ‘biphasic’ hyaluronic acids. Because it is a non-particulate gel the product has a unique elasticity, making it very smooth under the skin with no chance of ‘lumpiness’. Belotero® has three main different formulations within it’s range: Basic, Soft and Intense. Its effects last for between six and nine months.

The one to watch 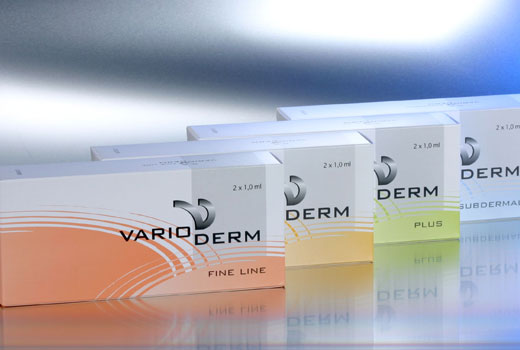 Varioderm™ was launched in the UK in April 2008. It is distributed by Medical Aesthetics Group and consists of a range of very highly cross-linked, pure non-animal hyaluronic acid fillers. The products are available in four concentrations: Varioderm™ Fine Line, Varioderm™ , Varioderm™ Plus and Varioderm™ Subdermal. The company has also just launched Varioderm™ Lip for medium lines and wrinkles and lip enhancement. According to the manufacturers Varioderm™ is expected to last between six to 16 months. This is due to the high degree of cross-linking using Monophasic Particle Technology(MPT)  (four times higher than most HAs), which makes resorption into the body slower than with other HA products. 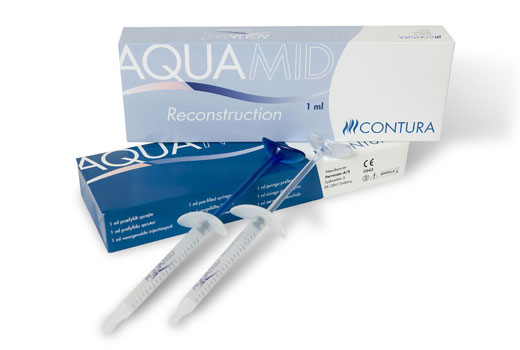 Permanent fillers have had their critics but one product that seems to be breaking the mould is Aquamid®. Launched in the UK in 2003 Aquamid® has been used to treat more than 300,000 patients worldwide. It is a permanent filler where the volume created comes mostly from water (97.5%) cross linked with polyacrylamide (2.5%) to create a soft and uniform hydro gel that moves naturally with the face.  As water is recognised by the body Aquamid® is readily accepted and forms a thin membrane around the implant which helps keep it in place, therefore preventing migration. Aquamid® does not cause any allergic reaction or any other immunological effect as it integrates naturally with the body’s own tissue.

The safety and efficacy of Aquamid® has been well documented in clinical trails that have been published in several peer reviewed journals including a five-year multi centre clinical trial presented at The American Society of Aesthetic Plastic Surgery in 2008. The product is available in 40 countries worldwide and is undergoing FDA trials.

The new HA on the block

Cristal is one of the newest HA dermal fillers on the market. Launched in the UK in January 2009, it is a new double cross-linked, monophasic hyaluronic acid dermal filler from Germany, which is distributed in the UK by Wigmore Medical Ltd. The manufacturers state that they use an advanced manufacturing process and Non Granular Consistency Technology (NGCT) which produces a smooth solution of gel that flows into the skin more easily. Cristal is also said to have the highest purity of any hyaluronic acid based filler on the market, which is virtually free on endotoxins (less than 0.01 Eu/mg) and has no detectable proteins, making it less likely to cause adverse effects. Cristal has four different formulations within it’s range: No.1, No.2, Soft and Lips. The manufacturers claim that Cristal is effective from six to 12 months.

Originally known as NewFill, until recently Sculptra® was always defined as a dermal filler but after a major relaunch and rebranding of the product it has since been positioned as a ‘collagen stimulator’. Made from poly-l-lactic acid (PLLA), the product cannot only add volume and address lines and wrinkles like traditional fillers, but it also improves skin texture and tone by stimulating new collagen growth. The effects of Sculptra®, which include improvements in the overall thickness of the skin and an enhancement of facial volume, can last for up to two years and happen gradually over several months, making the results more subtle.

With hundreds of HA products being launched all the time very few have what it takes to take on the HA giants such as Restylane® and Juvederm®, however Teosyal® has stormed into the UK market since its launch in 2005. One of the only HA ranges to have a selection of products to rival Restylane®, Teosyal® consists of several monophasic hyaluronic acid based products of non-animal origin, which are highly biocompatible. Distributed in the UK by Lifestyle Aesthetics, Teosyal® has a reduced protein and bacterial endotoxin level resulting in less hypersensitivity reactions. The range includes Teosyal® Global Action, Teosya® Deep Lines, Teosyal® Kiss, Teosyal® Ultra Deep, Teosyal® First Lines, Teosyal® Touch Up, and Teosyal® Meso. The company has recently launched Teosyal® Ultimate for restoring facial volume. The products are thought to last between nine and 12 months, with Teosyal® Ultimate being quoted as lasting 12 to 18 months.

The next generation collagen 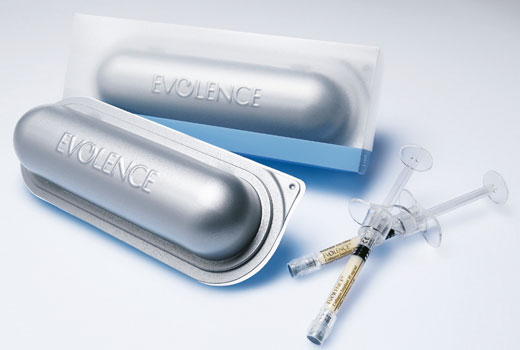 Launched in the UK in 2005, Evolence™  is a filler that offers the advantages of collagen without the need for pre-testing. The highly purified cross-linked porcine collagen in Evolence™ is derived from pig tendons. Due to their high degree of compatibility with the human body’s immune system, porcine collagen materials are often used in medicine. Evolence™ is made using patented Glymatrix™ technology to enhance its stability and allow it to mimic the properties of collagen in human skin. The product has a low viscosity, which makes it easy to inject. It is a long lasting temporary filler, which the manufacturers claim will last at least 12 months. The range includes Evolence™ and Evolence™ Breeze. 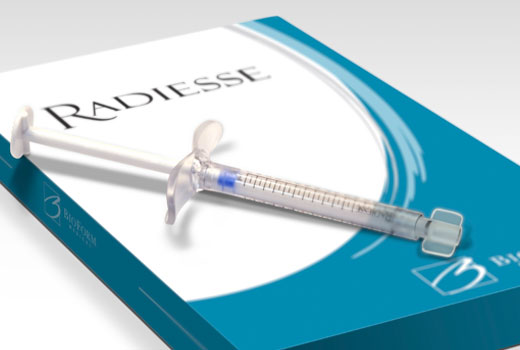 Radiesse™ was launched in the UK in 2004. It has been available in the States since 2000 and has FDA approval. The main component of Radiesse™ is Calcium Hydroxylapatite (CaHA) a product that has been safely used in the human body in both medicine and dentistry for more than 25 years, making it very biocompatible. The CaHA microspheres in Radiesse™ are suspended in an aqueous gel that contains sodiumcarboxymethylcellulose, glycerin and high purity water. Once injected the smooth and spherical CaHA particles form a ‘scaffold’, which the patients own tissue grows new collagen cells between. The gel carrier dissolves within a few months and over time, the CaHA particles gradually break down and are completely metabolised by the body, leaving only the new collagen structure. Although it is a temporary filler, Radiesse™ is longer lasting than many of its HA counterparts, lasting up to two years. Radiesse™ will soon be available in two new syringe sizes: 0.8cc and 1.5cc.