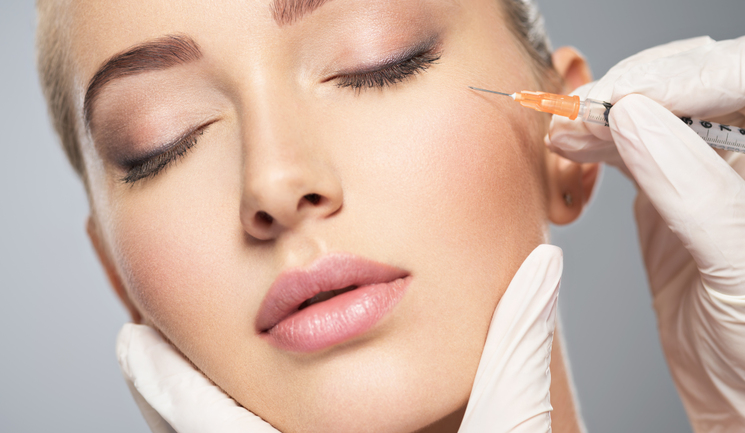 Mr Ayad Harb discusses his protocol, the 3-point Lift, for rejuvenating the face

The non-surgical facelift is often cited as the ‘holy grail’ in non-invasive treatment. These innovations are quite distinct from their surgical counterparts, in terms of the procedure, risk profile, recovery and results. When it comes to facial rejuvenation, however, there are some shared principles between the surgical and non-surgical, and essential criteria which form the basic indications for treatment and the outcome targets.

Rejuvenation of the whole face is challenging and patient (both surgical and non-surgical) expectations are very high: providing a holistic rejuvenation; treating deep and superficial fat compartments; lifting the upper face; volumising the mid-face and tightening the lower face; and producing visible results while maintaining natural proportions. The non-surgical patients however, demand that this is all achieved whilst also ensuring minimal trauma, pain, bruising and downtime.

There are numerous techniques which have been described and are utilised for full facial rejuvenation. These tend to focus on volume replenishment or collagen stimulation, using common dermal fillers, including hyaluronic acid, calcium hydroxylapatite and collagen stimulator poly-L-lactic acid.

The ageing process in the face is an inevitable interplay between fat pad depletion, bone resorption, ligamentous attenuation and dermal collagen degradation.1,2 The recent identification  of the facial fat compartments and their depletion with age, supports the theory of volumetric patterns of facial ageing.1,2 This anatomical knowledge forms the first target of the 3-point Lift, which is the directed and compartment-specific deep volume replenishment.

The importance of collagen depletion within the dermis and subdermis, and the resultant effects on the integrity and ageing of the skin, cannot be overstated.3 Hence the second strategic goal of the 3-point Lift technique is focused on effective and widespread collagen biostimulation in the subdermis and superficial fat compartments of the face.

Polycaprolactone microspheres found in Ellansé have been shown to be an exceptionally potent stimulator of type-1 collagen in the skin.4,5 In my practice I have found it to be an effective volumiser in the short term and unparalleled in collagen bio-stimulation in the medium to long term. This biostimulatory effect manifests as brighter and smoother skin with a plump and doughy texture. The 3-point Lift technique can be utilised using other dermal fillers, however I feel it is important to distinguish between mixed type1/type 3 collagen stimulation generally seen with most dermal filler injections and the predominantly type-1 collagen stimulation seen with polycaprolactone microspheres.4

The 3-point Lift is performed with a micro- cannula 25 gauge, and entirely through three injection points on each side of the face, which act both as access points for the deep injections and centres of rotation for the superficial component (Figure 1). The deep treatment consists of boluses of 0.1-0.2ml aliquots, deposited at the site of the deep compartments (Figure 2). The total volume is dependent on the degree  of deflation, ranging from a small volume of 0.5ml in mildly deflated cheeks up to 2 ml or 3ml in the severely deflated ptotic cheek that requires a comprehensive revolumisation.

The first point is the mid-face. It is centered on the malar prominence and allows access for deep periosteal bolus injections targeting the deep fat pads of the mid-face, temporal and prezygomatic areas, and superficial treatment of the entire mid-face region, from temple to malar and mid-cheek. The treatment area can even cross the nasolabial border to allow superficial bio-stimulation of the upper lip.

The second point targets the lower face and perioral area. The access point is at the pre- jowl sulcus and it allows access for periosteal treatment of the anterior jawline and chin. Through the same access hole, superficial biostimulation can cover the whole perioral region and cross the mandibular ligament into the mid-face to form a meshwork pattern of superficial micro-boluses.

The third point is placed at the angle of the mandible. This allows access for periosteal injection along the posterior mandible and creation of a well-defined mandibular angle. The superficial component covers the preparotid and upper neck areas and along the length of the jawline.

The final result is volumisation of the deep fat pads of the face and reinforcement of the boney prominences, as well as widespread infiltration of polycaprolactone microspheres, which form a superficial blanket within the superficial fat and subdermis of the whole face. The immediate results are similar to other extensive dermal filler treatments – obvious volumisation, combined with mild swelling and redness of the skin. Bruising is uncommon as the whole procedure is performed with a relatively wide gauge blunt cannula.

As the treatment is performed through only three access points, which are covered with antibacterial ointment at the end of the procedure, it is my standard practise to allow the patient to apply makeup immediately. This product contains 30% polycaprolactone microspheres suspended in a carboxymethylcellulose (CMC) gel, which comprises 70% of the total volume. The behaviour of this product is such that the initial result is expected to deflate substantially within the first four to six weeks, as the CMC carrier gel is metabolised, leaving behind the polycaprolactone microspheres as the active biostimulatory ingredient. The collagen biostimulation begins to be seen at around six weeks onwards and manifests with improving volume, natural lifting of the face and a softening and tightening of the skin. This process can continue between three to six months. The final result is extremely satisfying and long-standing, being maintained predominantly by the patient’s own new collagen. The duration of e ects can last between one to five years, depending on the subtype of the product used.6

In my experience, this procedure can produce its most dramatic and satisfying results in patients in their fourth or fifth decade with mild to moderate volume loss and skin laxity. It would be my recommendation that this protocol can be a very useful prophylactic intervention for younger patients at the beginning of their collagen decline. Similarly, it is effective as a pre-treatment for building collagen stock in the skin and sufficient volume prior to other treatments such as thread-lifting or even surgery. The 3-point Lift is a useful technique to learn and is aimed at the advanced practitioner who is both proficient in facial anatomy and assessment, as well as being experienced with micro-cannula usage.

The main challenges I have faced when utilising this technique are related to the individual technique itself as well as the choice of product. It is vital to have an advanced understanding of the facial anatomy to be able to accurately mark and target the individual facial fat compartments, whilst minimising trauma and risk to the patient. Precise handling of the micro-cannula is essential and meticulous injection technique is required to ensure that the superficial boluses are in the correct plane and in the sufficiently small aliquots which will not cause any visibility or palpability of the filler material. This product exhibits a different pattern of behaviour if compared with conventional hyaluronic acid fillers and as such, one has to be able to counsel the patient appropriately regarding the biphasic action of the polycaprolactone and the gradual onset of the final results. It is vital with bio-stimulatory products to avoid overcorrection when performing the treatment, as this might predispose to palpable or visible lumps or an overcorrected final result.

In my practice, the 3-point Lift has become the standard for total facial rejuvenation, using three access points and two treatment levels (periosteal and sub-dermal). It is a logical approach which tackles the root causes of ageing in the face – both deep fat compartment depletion as well as collagen degradation. I have found the 3-point Lift technique to be safe with minimal associated downtime.

4. Nicolau PJ et al. Neocollagenesis after injection of a polycaprolactone based dermalfiller in a rabbit. Eur J Aesth Med Dermatol 2013;3(1):19- 26.