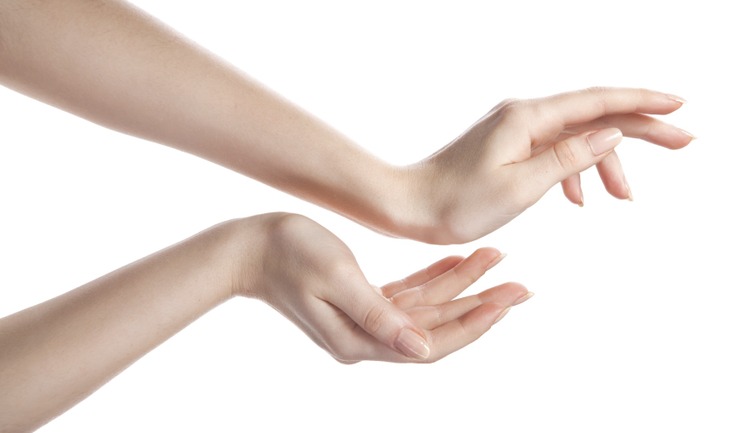 Hands are exposed, both to the elements and to public scrutiny, and their appearance often reflects how well they have been cared for, as well as the general lifestyle of their owner. Nowadays, it seems that we are entering an era of hand rejuvenation and, in my experience, patient demand for treatment is increasing. This could be because we are dealing with a more informed population, as patients are now able to research potential treatments online and read about their results in the media. Facial rejuvenation is considered by aesthetic practitioners to be very successful, however this is difficult to evaluate.1 Patients realise that they no longer have to endure hands that look older than their face. As aesthetic practitioners, for a holistic approach, it is important to take the ageing hand into consideration and assess how best to achieve patients’ desired results.
The skin on hands, like skin elsewhere on the body, undergoes both intrinsic and extrinsic ageing. Extrinsic ageing is caused by environmental factors such as sun exposure, chemicals and smoking. This will affect the epidermis and dermal layers leading to uneven pigmentation, solar lentigines, actinic keratosis, punctate hypopigmentation and solar purpura. Intrinsic ageing is affected by genetics and nutrition, also by disease processes such as diabetes, peripheral arterial occlusive disease, autoimmune disorders and medication, including chemotherapy. The capillary microcirculation of the dorsal hand differs between healthy individuals and those of the same age with diabetes or PAOD,2 hence why taking a full medical history is of paramount importance.
Intrinsic changes alter the deeper soft tissue planes, decreasing skin elasticity, loss of the subcutaneous tissue (dermal and fat atrophy) and dermal vascularity. The skin becomes paper-like and thin, whilst veins become more prominent. Distal pip joints swell and tendons become more apparent. Hand ageing can be graded in a five point system. Carruthers et al published a validated grading scale for assessment of the ageing hands,3 whilst others use the Busso hand volume severity scale.4

It would appear that the treatment selected would depend very much on the individual patient’s requirements. It is very advantageous and cost effective for the patient to select a treatment that will provide them with both volume restoration and neocollagenesis. Maintenance has to be part of the regime; very few patients will think of applying SPF to their hands. Patients who are treated for pigmentation need to be counselled that if they do not protect hands in the sun, their pigmentation will return. Some feel staying out of the sun and using high SPF is too high a price to pay and will opt for volume restoration and live with their pigment spots. So what does the future hold? We need studies to compare modes of volume restoration, for efficacy, and for length of action. The message to use high factor sun cream on the face is gradually getting through to patients, but they have, as yet, to care in the same way for the rest of their body. I find it amazing that patients would rather have solar lentigines than give up a tan, particularly when the bottled tans are so good. Neocollagenesis seems to be of key importance but I am extremely interested to follow the mixing of growth factors with platelet rich plasma and we need to see more research conducted in this area.