Highlights of the Aesthetics Awards 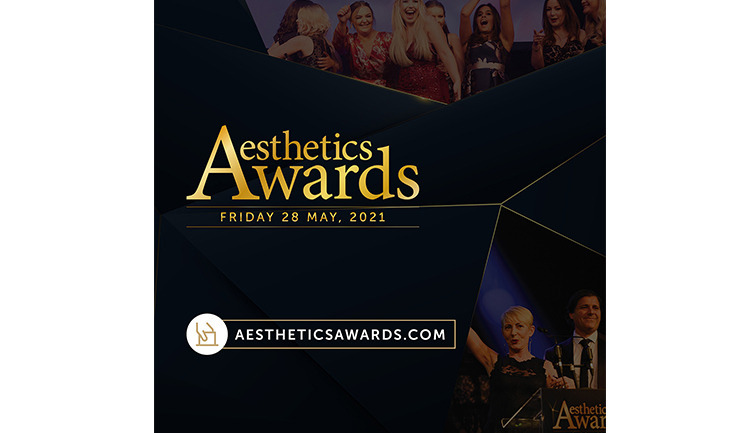 On May 28 the Aesthetics Awards took place, reflecting on the achievements of practitioners, clinics, products and companies over the last 12 months.

The specialty was given the chance to be recognised and receive prestigious Winner, Highly Commended or Commended accolades. It’s been a tough time for the aesthetics industry due to the COVID-19 pandemic, and it was amazing to finally see everyone come together to celebrate, with a total of 1,400 virtual attendees! The winners have been announced on the Aesthetics Awards website, as well as in the previous issue of the Aesthetics journal, but let’s take a look back at some of the highlights from the evening, as well as finally finding out who received the coveted Best Dressed Award!

All over the UK and Ireland, individuals within the specialty took part in their own mini celebrations while they streamed the ceremony over Zoom. Here’s what some of our viewers thought of the evening!

“Although we missed seeing all our friends in person, our team thoroughly enjoyed the virtual Aesthetics Awards and felt engaged and included throughout. The professionalism, hard work and attention to detail that the Aesthetics Media & CCR team bring to every event certainly carried over to the virtual space. We were especially proud to win the Distributor of the Year Award for the third year running, and we want to thank all the people who voted for us and their kind words of support during what has been the most challenging year for our company and many others. Thank you to the Aesthetics team for a wonderful day."

“We were over the moon to win an Aesthetics Award in the innovation category for Morpheus8! We all got together at our London head offices to watch the Awards and then went out for dinner to celebrate! We thoroughly enjoyed the ceremony – it’s an event that brings everyone together to celebrate the successes and achievements over the past year. It was also an honour to sponsor ‘Consultant Surgeon of The Year’ and we congratulate Mrs Sabrina Shah-Desai on her well-deserved win! She’s also been doing great things with the Morpheus8 in her clinic.”

“Younique Aesthetics Clinic streamed the Aesthetics Awards live from the rooftop garden of The Merchant Hotel, Belfast! We were joined by some of our fellow Northern Ireland finalists and invited the local media to join us in celebrating. During the evening festivities, we helped to raise £700 for the Glow NI charity which empowers women and girls with life skills and to also supports those who have suffered from domestic violence. The evening created a marvellous opportunity for those who work in the industry to socialise and get to know each other on a personal level as well as strengthen bonds between other clinics and build a stronger community.”

“We hired a penthouse suite at the Edinburgh Grand Hotel overlooking the city. We had the dinner catered and everyone from the team dressed up as if we were heading to the real event. Though they were not in-person, this year’s Aesthetics Awards were a great event. It provided us with the opportunity to bring our team together to celebrate the end of our enforced slumber and getting back to the work that we love so much.”

“Although, of course, we wish it could have been an in-person event, the digital Aesthetics Awards ceremony was incredible and a huge success. All the winners, as well as those who received commendations and high commendations, were well deserved, and we of course have to thank our wonderful judges and sponsors. We can’t wait to see you at our in-person event next year!”

SEE YOU NEXT YEAR!

Entries for the 2022 Aesthetics Awards will open in September, so keep your eyes peeled for more details! We can’t wait to see you all again soon.

The ceremony will take place on March 12 after the Aesthetics Conference and Exhibition, so don’t forget to put the date in your diary!