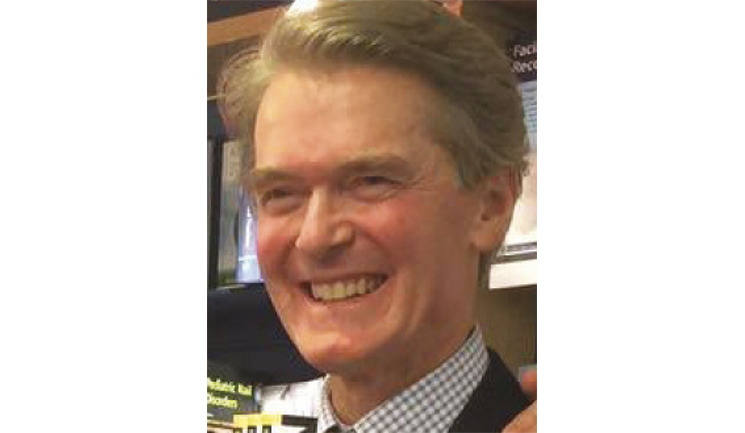 Allie Anderson speaks to Dr Christopher Rowland Payne about why it’s crucial that aesthetic practitioners are experts in sun protection and skincare, and how working with others has helped to shape his career.

Consultant dermatologist Dr Christopher Rowland Payne has been treating various sun-related skin complaints for his entire career, which spans more than three decades. It was through his work with skin cancer patients that he became interested in aesthetics. “I was treating a lot of skin cancers in the NHS, such as melanoma, basal cell and squamous cell cancer, and when carrying out procedures one is always trying to find a good cosmetic result,” he explains, noting, “Sometimes, that result is better than the untreated side of the face, and bit by bit you realise that rather than just making better a problem, you can improve a person’s appearance. So you become focused not just on illness, but also on wellness.”

At the same time, the aesthetics specialty was expanding rapidly: the explosion of new treatments and procedures that practitioners could offer patients to combat a greater number of complaints really piqued Dr Rowland Payne’s interest, so he decided to branch out into aesthetic practice. “Of all the specialties, dermatology is most intimately linked with aesthetics, and the natural evolution of one to the other is obvious,” he says. Having completed his medical training at St Bartholomew’s Hospital, and subsequently working in Edinburgh before finding his way back to London to train in dermatology at St Thomas’ and Westminster Hospitals, Dr Rowland Payne began seeing private patients when he was appointed consultant in 1990. Three years ago he opened his own private clinic, where he works each day, as well as working as a consultant to The London Hospital across the road. Treating sun-damaged skin, including skin cancer, still forms a large part of his day-to-day practice. Many of the skin cancers he finds are discovered on routine total skin examination of patients who have been referred for other reasons. “I studied this systematically by looking at 200 consecutive patients, and this included new patients and those I’d seen before,” Dr Rowland Payne says. “In 41 of the 200, there were 117 skin malignancies, six of which were melanomas, which neither the patient nor the referring doctor had noticed.”

This, he says, is a good reason for all aesthetic practitioners to be aware of moles, melanomas and other skin cancers and to understand the physiology and anatomy of the skin, the effects of sun exposure and how to prevent the sun from damaging the skin. “Aesthetic practitioners need to be experts in suncare and how to live with the sun in a healthy way,” he comments. “Of course, using sunscreen from Easter to October is an important part of that, but we must also teach patients the importance of wearing hats, covering up and seeking shade. Very often, patients don’t tell you that they’ve been using sunbeds, but there is a giveaway called the Sunbed Suntan SacroScapular Sparing Sign, or the six S’s” he says. This term, coined by Dr Rowland Payne, describes three areas of the body – the sacrum and each of the scapulae – where the patient’s weight is concentrated as they lie on a sunbed, and thus, which are blanched. Since tanning is an oxygen-dependent process, and these blanched areas aren’t exposed to oxygen as the patient lies on the sunbed, the three areas do not tan while the rest of the body does. Dr Rowland Payne says, “Practitioners can use the six S’s to look for evidence of frequent sunbed use, and to educate patients about its dangers.”

Dr Rowland Payne is enjoying a fairly illustrious career, some of the highlights of which include delivering the 2017 Royal Society of Medicine’s Stevens Lecture on skin cancer and sun addiction, being President of the European Society of Cosmetic and Aesthetic Dermatology and President of the Royal Society of Medicine’s Aesthetic Faculty Council, and holding editorship of the Journal of Cosmetic Dermatology, as well as being on the Aesthetics editorial board. “Those were extremely satisfying because it meant that I could be involved in educating and teaching, as well as learning, and it’s important to be able to share one’s knowledge,” he says.

But equally gratifying, he notes, is having the opportunity to continue to work with and learn from peers. Dr Rowland Payne believes his most notable achievement was working on the 2016 800-page textbook, Cosmetic Medicine and Surgery, with three international colleagues. “It was a very hard but rewarding thing to have done,” he says. “Every day we’re lucky to see people we can help, so the thing I appreciate most about my job is that every day, I’m happy to come to work. I love my job, and that’s a great privilege.”

What about your job gives you the greatest satisfaction?

When a patient comes in for one thing and, on examining them, you find something more concerning that they didn’t know they had, such as melanoma. You can help them to avoid the suffering that would have gone with later diagnosis.

Is there anything you would have done differently in your career, given the chance?

I would have worked harder as a medical student because I was very lazy! But now I work harder and harder every year. There’s that old thing you were told at school: the more you put in, the more you get out, and it’s so true.

When you have some spare time, what do you do to wind down?

I love cycling, and I’m very interested in history. In May I combined the two and cycled down the Valley of the Meuse in France, running into Belgium.

What would you tell someone starting out in aesthetics?

Try and work with many people; visit people and see how they work, and if possible get them to visit you too so they can work alongside you with your patients. You learn such a lot that way.