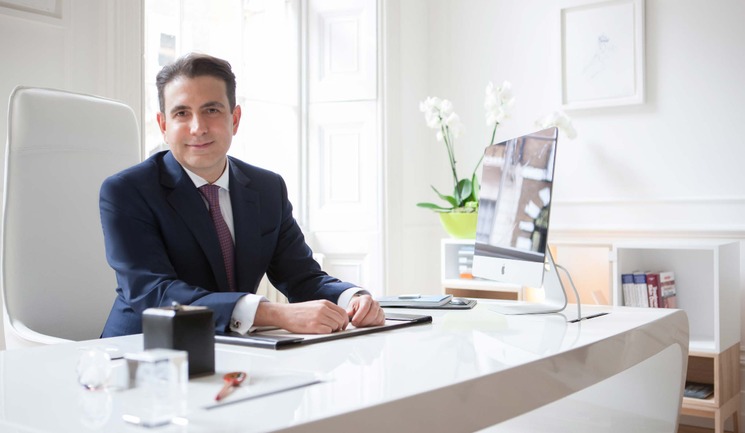 “I do not believe in offering a quick fix”

“I am somebody who always wants to help people, so I decided that a career in medicine was the best option for me,” explains Dr Ariel Haus. Although London is his home now, it is not where he started his professional journey. He says, “I went to Souza Marques University in Rio de Janeiro and in my second year, when I was a junior doctor, I started training in A&E in Santa Casa de Misericórdia Hospital. During this period, I learnt about many different specialties and, since the beginning, dermatology stood out to me. I also had influential dermatology professors who encouraged me to get more involved and it was then that I discovered my passion for skin. So, after I finished medical school in 1999, I took my post-graduate qualifications in dermatology.”

Upon completing his training in 2006, Dr Haus opened his first dermatology and aesthetic clinic in Rio de Janeiro, which he still visits when time allows. At this point, he decided to expand upon his knowledge by travelling.

"I travelled all over Europe, and while I was here, I decided to settle in the UK and open a London clinic,” he says, continuing, "I got my GMC registration in November 2009 and opened my practice on Harley Street in early 2010. A few months later, I was invited to work in the NHS, which to me was an amazing opportunity. I love working in the NHS because you experience such a range of different and difficult cases.”

Dr Haus says that he finds aesthetics in the UK to be quite different from Brazil. He explains, "Unlike the position in the UK, the specialty in Brazil is very regulated and non-invasive procedures can only be performed by doctors, and in reality it is mainly plastic surgeons and dermatologists who specialise in aesthetic medicine. There is also a cultural difference with patients. In my experience, they are much more open to new treatments, technologies and trends and often tell their friends and relatives that they have had treatment. Here in the UK, it’s the opposite; patients are much more discrete and there is more of a ‘less is more’ approach. Although, I do believe that it is changing here and patients are becoming more open.”

Dr Haus uses the ‘Brazilian Butt Lift’ as an example of this progression, saying, “UK patients are starting to catch on to this trend. I was among the first doctors to offer this in the UK because I wanted to make sure that my UK patients had access to this developing treatment.”

This, he says, is a fundamental part of his role as a practitioner, “I try to do at least two lectures, conferences or workshops a month and, because they’re often in a different country, you get a cultural exchange in experience and information as well.”

When asked about the highlights of his career, Dr Haus says, “My biggest achievement is being able to work here in London, which I think is the greatest city in the world, in both private practice and the NHS. I like that I have so many patients from abroad, which provides a unique experience as I can treat different types of patients,” Dr Haus notes. He adds, “I am also proud that I can treat all patients the same, whether they are from my private practice or the NHS. Safety and giving the best service to my patients is the most important thing to me.”

Although Dr Haus has been working in dermatology and aesthetics for years, he still finds it challenging. He explains, “Aesthetics isn’t easy because unlike other parts of medicine, you have to balance patient wants with patient needs. You also have to understand that sometimes patients just want ‘more’ and you have to have the strength to tell the patient, ‘stop, you’ve had enough’.”

When asked about his approaches to treatment, Dr Haus says, “I do not believe in offering a ‘quick fix’. I am in favour of creating a treatment plan for the long-term, to reach an overall goal for my patients. Aesthetics and dermatology are specialties that I really enjoy and am proud to work in. I love my work and I love the contact with patients. For me, the best thing is when the patient starts to bring their family for treatment, like their mother or child if they have a skin problem, which I think is quite fascinating. I also like feeling a part of the family – for me this is priceless.”