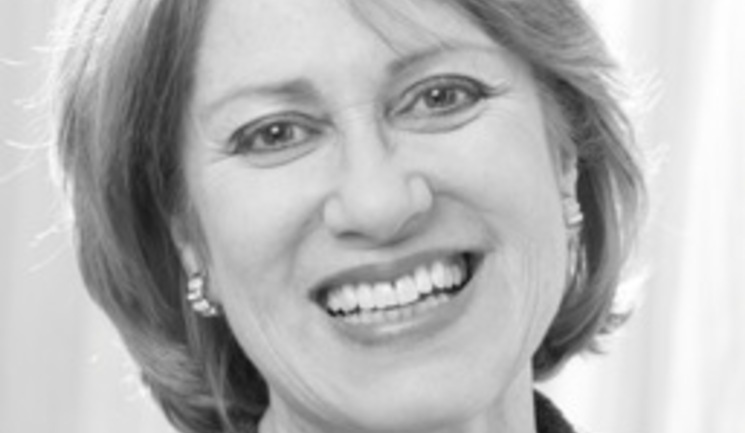 “Aesthetics is a marvel that allows practitioners to embellish patients elegantly, effectively and make them happy again”

For aesthetic practitioner Dr Britta Knoll, her passion for her job meant she only took one week off work following the birth of her daughter in 1992, although she notes that this is not something that she would recommend! “Looking back, if there was anything I could have done differently I would have worked less! It’s not good to be in work-mode every weekend,” she says.

Originally from Bavaria in Germany, Dr Knoll has spent the last 30 years specialising in mesotherapy. She studied medicine from 1976-1982 at the Friedrich Alexander University of Erlangen, and, following this, was awarded a one-year scholarship at the Centre Hospitalier Universitaire de Rennes, France.

After her training, Dr Knoll went on to work at a complementary medicine cancer clinic, where she gave further support to cancer patients in the rural Chiemsee lake area, about one hour from Munich. “The clinic was in the private sector and had 100 beds – I was in a highly responsible position as assistant medical director,” she explains. It was during this time, in 1983, that Dr Knoll also began studying mesotherapy with Dr Michel Pistor at the Société Française de Mésothérapie – a professional medical association for the treatment. She explains that she first discovered the uses of mesotherapy as a treatment for healing various diseases during her one-year scholarship.

She says, “I overheard my colleagues speaking about a doctor – Dr Pistor – who had become famous for using a new method derived from the German neural therapy (a form of alternative therapy). I was curious to get more information about his new ideas so I contacted him and he invited me to his clinic, and very quickly I recognised the incredible potential of mesotherapy in treating diseases.” She continues, “I didn't anticipate that treating with mesotherapy would become my mission in life.”

In 1983, Dr Knoll, among others, founded the Deutsche Gesellschaft für Mesotherapie (DGM), and she began to organise workshops and training in mesotherapy as the president of the new society. She explains, “These kinds of societies are recognised as benevolent and their job is to share methods, promote professional and patient education, scientific research and represent the members' interests.”

Dr Knoll says that creating and presiding over the DGM is what she believes to be her biggest achievement to date, “It now has more than 1,000 members and it started at zero – it unifies practitioners through a quite simple but truly spoken ingenious medical method.”

After five years, in 1988, she decided to move to Munich to further her career. However, this move was hard. “The city had the highest density of medical providers in Germany,” she says, noting, “It was difficult to start a new practice focused on an ‘exotic new method’ (mesotherapy) that nobody had ever heard about.”

Dr Knoll’s interest in the aesthetics side of her career began in 2006, when she attended the International Mesotherapy Congress in Madeira. From there, Dr Knoll incorporated mesotherapy for aesthetic treatment into her clinic.

For somebody who used to treat severe chronic diseases, psychosomatic and pain problems at the start of her career, aesthetic medicine has been for Dr Knoll what she describes as “heaven”. “It really is the icing on the cake,” Dr Knoll says, adding, “Aesthetics is a marvel that allows practitioners to embellish patients elegantly, effectively and make them happy again! I think this is the strongest motivation for me to do well in this specialty.”

Dr Knoll is proud to have revolutionised the original French protocols of mesotherapy that were created by Dr Pistor, by adding active ingredients originating from natural and holistic medicine.

This has been her favourite area of interest since the beginning of her professional career. “Step by step, alongside other mesotherapy, pharmacology and technology specialists and during a continuous international exchange, we developed the modern injectable products, mesoguns and applications that are now available and widely used,” she explains.

Although extremely experienced, Dr Knoll still believes continual education is of utmost importance, “Medical aesthetics is a very dynamic field with such a high number of innovative and interesting tools, that everyone who is seriously involved in it needs life-long learning, communication with peers and updates in theory and practice.”

When asked what motto or ethos she works by, she quotes the hippocratic oath taken by physicians, “It's the very old motto of Latin ‘primum non nocere’, which means to do no harm. To me, this means, first, don't damage your patient; second, don't do things to them you would never risk doing to yourself.”

Do you have any words of advice for people looking to get into the industry?

If you want to sell something, which is what we need to do in the business, do it in a smart way and obey the fair-play rules.

What’s the best piece of career advice you’ve ever been given?

Manufacturers who encourage beauticians to inject.

I enjoy the permanent quest for improvement.