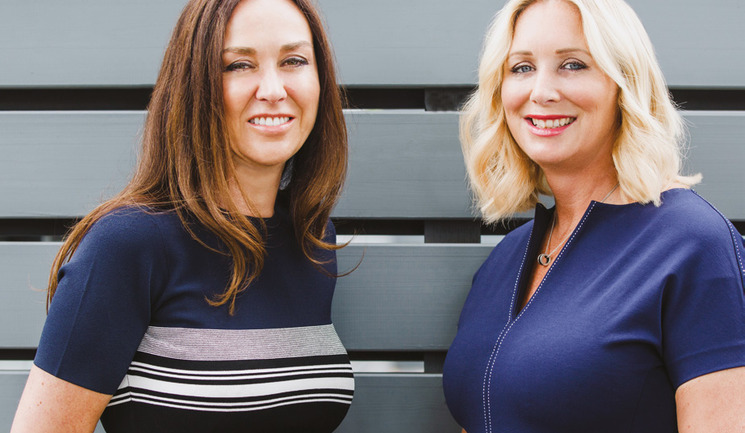 Dr Charlotte Woodward and Dr Victoria Manning discuss how general practice led them to co-owning a business and their recipe for a successful working relationship.

Following a chance meeting in 2012, Dr Charlotte Woodward and Dr Victoria Manning soon began to build a strong professional relationship as they realised their shared interest in aesthetics and common goal of branching out from general practice. After graduating from The University of Southampton and completing her GP training at St Mary’s Hospital in London, Dr Manning began her medical career as a GP in Shropshire in 2000. Having a desire to pursue an outside interest, she began to learn more about the aesthetic speciality in 2004. Following a similar path, Dr Woodward completed her medical degree at The University of Leicester and trained as a GP around central Birmingham. She began her career as a GP in Hampshire in 1996 and also started to develop her interest in the aesthetics industry in 2004. Both practitioners pursued aesthetics individually as an outside interest before coming together to develop their own business in 2012.

Dr Manning says, “I met Charlotte six years ago and we both had a vision of wanting to do something more than general practice. It was literally through a chance conversation that we discovered we had a similar ethos, the same ideas, passion and drive when it came to aesthetic medicine, and therefore thought we could potentially work together. However, it was a really big decision. We met in July 2012 and opened our first River Aesthetics clinic in Lymington in November the same year, so it was quite a quick turn-around from nothing to something! At the time, I was living on the Isle of Wight and Charlotte in the New Forest.”

Dr Woodward notes, “When we decided to join forces, we used personal finance to start the clinic and decided not to take out any bank loans; therefore we didn’t draw a salary from the business for two years. We worked part time in aesthetics and part time as GPs, so lived off our GP incomes during that time.”

Dr Woodward and Dr Manning explain that their relationship has grown successfully due to their polar opposite personalities. Dr Manning describes herself as the innovator and the networker, whereas Dr Woodward acknowledges that she is financially-minded and has a more pragmatic approach. Dr Woodward puts the progression of the business down to utilising each other’s strengths and says, “We’re both very focused and very driven. We know what we want, we have the same goals and so we get on very well. We’ve become best friends and we are very open with each other – honesty is definitely a key ingredient in any successful business partnership.”

So, where did their interest in the aesthetic specialty begin? Dr Manning explains that her experience as a GP in addressing mental health issues and her desire to spend more time with patients was the catalyst for her venture into aesthetics. She says, “I was interested in the psychological aspects behind aesthetics and why patients seek treatment. In general practice, a lot of our time is spent looking after mental health issues such as body dysmorphia. As most GPs would say, the lack of time in general practice is stressful. In aesthetics, you are able to spend more time with a patient, building trust and real rapport. I believe having more consulting time really makes a difference to people.”

Dr Woodward’s continued interest in aesthetics led her to commence formal training in the field. She explains, “I’ve always been interested in aesthetics and the psychological benefits patients experience when a procedure is appropriately given. Once I completed my formal training, my interest in the subject really took off. There’s a massive psychological element to all aesthetic treatments; it isn’t beauty at all. I think being a GP really me helped me to further understand that.”

Both practitioners are now focusing on running their practice full time and have River Aesthetics clinics in Hampshire and Dorset, as well as a partnership with the Grace Medical and Wellbeing Clinic in Belgravia, London, where they run River Aesthetics in conjunction with the Grace clinic, providing consultations and treatments to its members and patients. Dr Manning and Dr Woodward manage to split their time between all three clinics by alternating their working week to accommodate their busy schedule. Dr

Woodward explains, “We initially worked three days in Dorset, one day a week in London on alternate weeks, and between one to two days in Hampshire. However due to having a six-week waiting list in London, we now plan to spend a day there each week.”

However, the journey from GPs to businesswomen wasn’t an easy step. Dr Manning says, “We got to a point quite early on where we felt out of our comfort zone because, as doctors, you’re not necessarily businesswomen and it was a very steep learning curve for us. So, we made the

decision not to buy really expensive machinery early on in our development, until last year when we had the space for it in our new clinic and the patient base that would actually utilise it. I think some clinics make that mistake of wanting to have everything straight away.”

Dr Woodward follows on from this, explaining, “I think a lot of people make the mistake of jumping in and thinking that they need lots of machines and lots of staff. Building a business relies on hard work and determination.” She continues, “We waited four years until we actually spent money on machinery and staff. Our focus was on honing our skills and organically growing our business and brand through reputation and delivering excellence. River Aesthetics relied on just Victoria and I until we opened our third clinic in Dorset in February 2017. It was then that we decided we needed an aesthetician and a receptionist. Before that we had used Aesthetic Response’s services entirely.”

Dr Woodward adds, “We initially bought smaller devices that Victoria and I could easily use such as a skin resurfacing system and a mesotherapy gun. Once we opened our Dorset clinic we bought machinery for cryolipolysis, treating cellulite

and skin tightening using radiofrequency as we now we have our own aesthetician and lot more space.” Having progressed into becoming national trainers for Sinclair Pharma and opening their own training academy later this year, both Dr Manning and Dr Woodward’s attitudes towards aesthetic medicine have changed compared to when they entered the specialty. “This industry is very different to general practice as aesthetic medicine is changing phenomenally fast and you’ve got to keep on top of it. It’s really important to keep changing all the time.” Dr Woodward says.

“In aesthetics, you are able to spend more time with a patient, building trust and real rapport. I believe having more consulting time really makes a difference to people” - Dr Victoria Manning

Dr Manning notes, “We performed thread treatments very early on when we began River Aesthetics so we’ve been doing it for a long time but, when we opened six years ago, I don’t think we ever envisaged that we would be where we are now with three clinics and beginning the River Aesthetics Academy in September.”

Co-owning an aesthetic business has been a continuous learning journey for both Dr Manning and Dr Woodward, and they place the open nature of their working relationship as fundamental to succeeding within aesthetics.

For those considering teaming up with a fellow practitioner and entering a business partnership, Dr Manning says, “A partnership like this is similar to a marriage and there may be times where you don’t agree, so you have to understand that sometimes you have to agree to disagree. I think it’s really important to accept the other person’s opinion; because of our openness with one another, our partnership has flourished.” She concludes, “In general, it’s about how you look after yourself and how you are with other people. I think if you can look at how people respond and what sort of personalities they are, it makes a huge difference to business and success.”

Do you have a joint ethos or a joint motto that you both follow?

CW: Our ethos is to take a natural approach. We want our patients to look well not done and often less is more. We treat patients gradually as it’s easier to add than it is to take away.

Is there anything that you would have done differently in your career?

VM: Sometimes it is tempting to think that I might have gone straight from medical school into aesthetics but in hind-sight I wouldn’t have had the medical knowledge and skills that I have in consultations had I done anything differently. My formative years of working in a hospital and as a GP better prepared me for the field I find myself in now. I loved it and I think it gave me all the career tools that I need in aesthetics.

CW: At first, I didn’t want to do anything else aside from general practice until I discovered my love for aesthetics and decided to train in the specialty in 2004. However, I think working in general practice definitely gave me the skills to deal with complications and the clinical challenges that sometimes present themselves in aesthetics.

CW: I like the face-to-face contact with patients and enjoy getting to know them. I get great satisfaction from seeing my clients grow in confidence as they progress through their planned course of treatment.

VM: I like meeting fellow-minded colleagues, networking with peers and teaching.

What is the best piece of career advice that you’ve ever been given?

VM: If at first you don’t succeed, get up and try again. The more times you fail, the more you learn and the better you’re going to be. Also, treat patients how you’d like to be treated yourself.

CW: Keep at it and work hard if you want to pursue your goals. I keep in my mind that if I am not prepared to undergo a particular treatment then I wouldn’t recommend it to my patients.