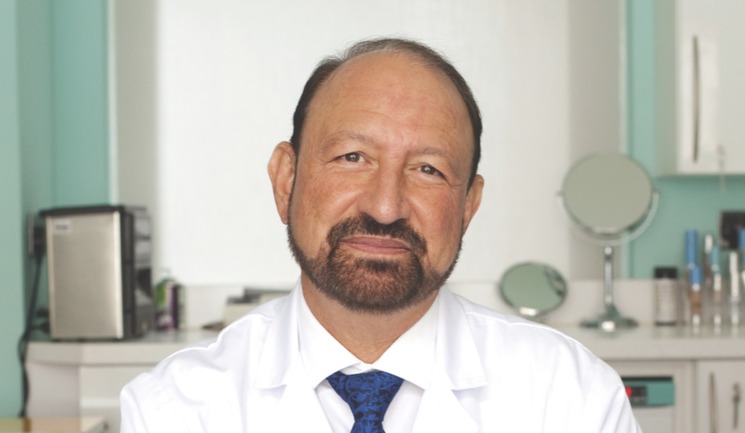 With extensive experience across plastic surgery and general practice, Dr Jamshed (JJ) Masani describes his journey into the aesthetics industry

“Trivia makes perfection, but perfection is not trivial”

Dr JJ Masani began his medical journey 41 years ago in Southern India. He now runs the Mayfair Practice, a combined GP and aesthetic clinic, and is well known across the industry as one of the leading aesthetic doctors to specialise in mole-removal. In 1974, as a recently qualified doctor, Dr Masani went on holiday to Zambia, which was an experience that would truly kick-start his career in medicine. After early work as a government medical officer (similar to a GP) in ‘the bush’, he started practising plastic surgery – which was very different to his current aesthetic practice. “With a war taking place, plastic surgery was very rudimentary in the sense that it was nothing to do with aesthetic care. I would treat around 80 patients a day,” he says. “Mainly for animal bites and war injuries – someone would lose half their face and you would have to try to reconstruct it.”

Dr Masani describes how he grew up in the snow-clad mountains of the Himalayas and attended an English public school. Initially, he became a teacher, a skill that he still loves to incorporate into his practice today whilst training new practitioners. His passion, however, was medicine. As a child he would steal plasters to give to the children of his family’s domestic staff when they were injured. Unfortunately, he struggled for three years to get accepted to Kasturba Medical College, in South India. “I was very poor academically, so whenever I told my teachers I wanted to be a doctor, they would laugh,” he recalls. “If you ask my friends and colleagues now, they are amazed.”

Eventually he qualified and, after working in Zambia, he moved to the UK in 1978. Dr Masani tried to enter general practice but found that, as an older doctor from abroad, the competition was particularly stiff. So in 1984 he decided to open his own clinic. “I saw a gap in GP practice, which was that many patients came to London from abroad and they had no GP. At that time, it seemed that no National Health Service (NHS) GP would take them on.”

To ensure the successful running of his clinic, Dr Masani also worked two nights a week at the renowned Harley Street Clinic, assisting Mr Donald Ross, a leading thoracic surgeon, Mr Freddie Nichol, a well-respected plastic surgeon and internationally-reputed cardiologist, Dr Tony Rickards. This experience was very valuable for Dr Masani and he explains that he learnt a lot from these mentors. The next 20 years were an era of continuous hard work and dedication to his passion. He says, “From 1984 to 2003, I never had a single day off – no holidays, no Christmas, no sickness leave. If I was sick, I worked through it.”

Upon the introduction of Collagen filler in 1989, Dr Masani began to administer minor aesthetic treatments in his practice. In 1999 however, he read an article on the use of botulinum toxin in aesthetics by Professor Jean Carruthers. He was impressed with her work and keen to learn from her so attended her first London masterclass. “In the year 2000 I started using Botox on my patients, but in a very limited fashion,” he explains. It wasn’t until 2003 that he started to use the product regularly, and by this time he had also become interested in skin rejuvenation with the help of lasers. By 2008 he had purchased his first hair removal treatment, and was also offering treatments to help reduce cellulite and assist weight loss.

Dr Masani believes that being honest is paramount to running a successful clinic. In 30 years of clinical practice and almost 25 years of aesthetic practice, he says he has not received one complaint. “I don’t treat it as a business, I treat my patients as patients, and they are known as ‘patients’ and not ‘clients’,” he explains. “They become my general practice patients first, and then my aesthetic patients.”

On a personal note, Dr Masani is not one to shy away from fun. He collects hats as hobby and, with more than 100 to choose from, tries to wear a different one each day. As well as this, at a recent conference he dressed as ‘Chief Mole-gone’, in an attempt to grab delegate’s attention and encourage them to attend his lecture on mole removal, which was scheduled for the end of the day. He teaches daily, and is inspired in his work by artists such as Michelangelo, who famously said, “Trivia makes perfection, and perfection is not trivial,” – a phrase that Dr Masani aims to reflect in all his work.

Do you have an industry pet-hate?

I have to say one thing I dislike is when I see patients on the streets who look odd, who don’t look natural.

What particular aspect of aesthetics do you think you enjoy most?

I love every minute. There is nothing that I would say I get bored of.

Do you have any particular career advice?

What is the most important thing to be aware of as an aesthetic doctor?

Safety is the most important thing to be aware of – then then results.

What do you think your biggest achievement is?

I would say becoming a doctor is my biggest achievement and, even more importantly, becoming a good doctor.