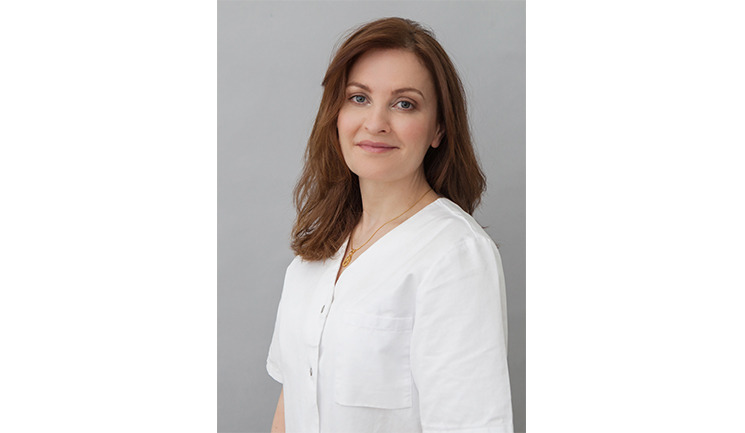 “Great results arise from the science of facial assessment, subtle techniques and the art of leaving the imperfections”

It is uncommon to see a skateboarder, skateboard park developer and a snowboarding championship organiser written on the resumé of an aesthetic practitioner, but Dr Kate Goldie says she took the long way around to figure out what she wanted to do.

“I was living and snowboarding in the Scottish Highlands when I became really interested in psychology,” she explains. After completing a year of a psychology degree, Dr Goldie decided she wanted focus on medicine instead, and was accepted to study at Edinburgh University. “What I loved about medicine was all the possibilities and the fact that there are so many potential fields of specialism.”

After graduating in 2002, Dr Goldie practised as a forensic medical examiner in the north of Scotland, where she would be on call 24 hours a day for one week, and have a week off the next. “It was during these weeks off that I thought I might do a botulinum toxin course – everyone thought that the idea was ridiculous, especially in northern Scotland.” Dr Goldie attended a training course run by consultant plastic surgeon Mr Adrian Richards, and was immediately interested in the field of aesthetics, “I was deeply impressed with how effective the treatments were and how delighted people and transformed patients seemed to be. This is what persuaded me to join the industry.”

Dr Goldie then contacted as many clinics as she could to perform her treatments in. “I did that for two years and just really went for it. I treated as many people as I could. I love technique and I love product knowledge and understanding the innovation behind new technologies, but my own personal interest is the face and what makes it unique; what makes that person’s face interesting.”

According to Dr Goldie, in her early days of practising aesthetics, there wasn’t much information around in terms of technique, and she felt as though she and other people in the industry were constantly ‘making things up’ as they went along. “I realised innovation is necessary in a new field of medicine but I wanted to do this collaboratively. So I tried to get together with other people and think about ideas – I like to work with other people and tell them my thoughts and see if they agree, it’s good to have more minds on the same problem.”

She decided that in order to accomplish this, she would set up her own training academy in Scotland, European Medical Aesthetics Training, also known as Medics Direct Training. “There were very few courses at that time, and none that I felt gave much support afterwards. It was just a completely different world. I thought it was possible to make a difference in terms of how people set up a practice, and how they went about it, and to give them some grounding.”

She says that a main focus of her course was to provide clinical support and form groups of practitioners who could help one another in their practices. She explains, “I wanted the training I provided to always have ‘backup’, meaning you could always have someone to phone up and ask questions to and have on-going clinical and business support.”

Happy with her progress in Scotland, Dr Goldie decided to branch out into England, and eventually started lecturing internationally, which she says has been particularly fascinating. “I have been to around 32 countries and four continents and have seen a lot of different aesthetic practices and techniques. I have covered a lot of different cultures and that’s been very interesting because you see the different ways that people perceive the face, especially in Asia. But even within Europe you have different subtleties of how people work and how they learn.”

Now, between treating patients at her private practices on Harley Street and Henley-on-Thames in London, Dr Goldie is still running her successful training academy based in Harley Street and in Glasgow, and educating practitioners throughout the UK.

Whilst educating and connecting with different practitioners through her training and lecturing, Dr Goldie has realised that it used to be a lot easier to get into the industry than it is now, “It was much more basic. It’s now more difficult because the industry has expanded and patients are demanding so much more and are better educated about it.”

Her advice to practitioners hoping to be successful in the industry is to, “Start simple and stay simple until you are completely comfortable with every parameter of the technique. Also, be a part of groups and associations, and courses. Good courses ideally have someone who can provide on-going clinical support, and forming groups is really useful to have other people to gauge your practice.”

Looking back at her success, Dr Goldie says her passion and career in aesthetics was unexpected, but wouldn’t have it any other way, “I thought I might do aesthetics and move onto something else but the psychology of visual perception, the way we see the face and the way we go about making decisions about the face, is totally interesting and I think that’s why aesthetics is never done for me!”

Soft tissue fillers because the ability to fine sculpt facial form and transform and balance facial proportions requires such an interesting combination of skills.

What new device are you excited about at the moment?

I am extremely excited about a new cellulite treatment called Cellfina because I like things that do something very specific and approach the problem directly.

What advice would you give your younger self?

Understand not just the anatomy, but applied anatomy, as it’s so important in comprehending any part of aesthetics – it gives context for everything.

People from different aesthetic medical backgrounds not working together – our strength is pooling all of our skills together as they bring different views, qualities, skills and ways of seeing things.

What’s your top tip for practitioners?

Remember that great results arise from the science of facial assessment, the skill of subtle techniques and the art of leaving the imperfections.