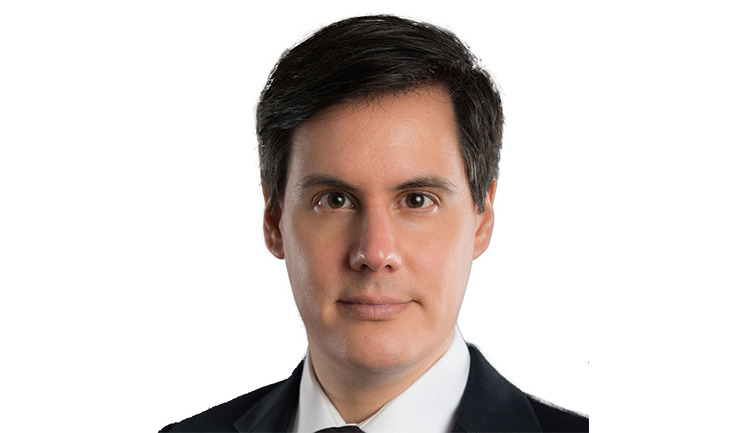 Dr Raul Cetto reflects on his pathway into aesthetics from his surgical beginnings, the importance of peer feedback and his love for training

Born in San Diego, California, Dr Raul Cetto experienced a cosmopolitan upbringing, growing up in several different countries before beginning his medical degree at the University of Guadalajara in Mexico and later transferring to the University of Arizona. Now settled in the UK, he is a visiting researcher at Imperial College London, owner of Clinic 1.6 in London, the medical director and a trainer for Harley Academy and acts as a key opinion leader for Teoxane UK. Dr Cetto first discovered his passion for facial aesthetics while working as an intern at the Banner University Medical Center in Arizona and later specialising in ear, nose and throat surgery. He reflects, “I always liked medicine and assisting people even before I was a doctor. I used to volunteer as a paramedic and I thrived on the fast-paced environment. In 2005 I completed one year of social service in rural Mexico and as a medical volunteer in a Somalian refugee camp. After I qualified from the University of Arizona, I came to the UK where I started my foundation training at the East Anglia Deanery, then core surgical training at the London Deanery in 2009, which was themed in ENT. After this, I proceeded to higher surgical training in ENT at the London Deanery where I was an academic registrar.”

It wasn’t until Dr Cetto assisted in organising a rhinoplasty course at St Mary’s Hospital in 2010 that he began to expand his knowledge of the evolving world of non-surgical aesthetics. He recalls, “At the annual course, which focused on the aesthetic side of rhinology, one of the speakers was aesthetic practitioner Dr Tapan Patel. At the time, not many of my colleagues from the surgical side of medicine knew much about non-surgical aesthetics. I remember listening to Dr Patel discuss everything that aesthetics can be applied to and it really sparked an interest within me.”

Initially, Dr Cetto found the aesthetics specialty a little overwhelming due the high amount of information and products that were available. However, he soon learnt that applying his surgical perspective to aesthetics enabled him to successfully navigate the space. He explains, “Like many of us, you don’t know where to start because there is so much out there and so many claims from manufacturers. The way that I learnt to approach aesthetics is the same as anything in medicine, which is with an evidence-based and scientific-based approach.”

Opening his own clinic in 2016, Dr Cetto holds continued education and constructive criticism as two of the most important factors in his further development. He explains, “I try to go to as many congresses as I can and do at least three courses annually where I refresh my anatomy, my injecting skills and my general knowledge.” He adds, “I think it’s very important and valuable to have someone observe and critique me doing my job each year. It’s very easy, even if you work in a busy clinic, to get caught up in your own ways.”

Passing on information and educating others is also of high importance to Dr Cetto, which is why in 2016 he began his role in teaching through Harley Academy. “Training is something that has always been part of my career, in medicine there is the ‘see one, do one and teach one’ mentality and the apprenticeship style of training is very common,” he says, adding, “Therefore, beginning a role as a trainer was something that felt very natural. When I was approached by Dr Tristan Mehta before he started Harley Academy I was very happy to have the opportunity to further the education of others in my own field.”

His cultured upbringing has resulted in Dr Cetto being able to speak various languages and he has recently performed lectures and live demonstrations in Spanish, Italian and Portuguese. He explains, “I have taken advantage of the fact that I’ve lived in so many countries, so that means that I speak a few languages and have had the opportunity to put them into practice. If there is one thing I’ve learned, it’s that you may be able to speak a different language but having to do your job in a different language is very different!”

Although not all of his experience throughout his career has been directly relevant to aesthetics, Dr Cetto cites them as indispensable to his progression as a practitioner and believes that those looking to enter the specialty should keep this in mind. “The experience of managing theatre lists in the NHS and dealing with complications, even if they are completely different from what you are doing in the aesthetics field, is very, very valuable. I think that everyone should have that experience before they embark on a career in aesthetics,” he concludes.

I love treating noses using dermal fillers. I find any treatment with dermal filler is very gratifying as you can change someone’s appearance so quickly and the look on their face when they see the end result is just incredible.

What is the best piece of career advice that you’ve been given?

Don’t try to run before you can walk. Everyone’s career progression is a little bit different. A piece of advice that I took from someone who I really admire, aesthetic medicine doctor Mr Geoffrey Mullan, is, “Treat an aesthetic patient as any other patient you would see in medicine. Be kind, do what is in their best interest and follow them up.”

What advice do you give to those beginning a career in aesthetics?

Always to approach aesthetics like any other branch of medicine and train yourself in a structured way. Continue to set milestones for yourself to achieve and build from there. Yes, I am a trainer but this is a very rapidly evolving field and I am constantly learning.