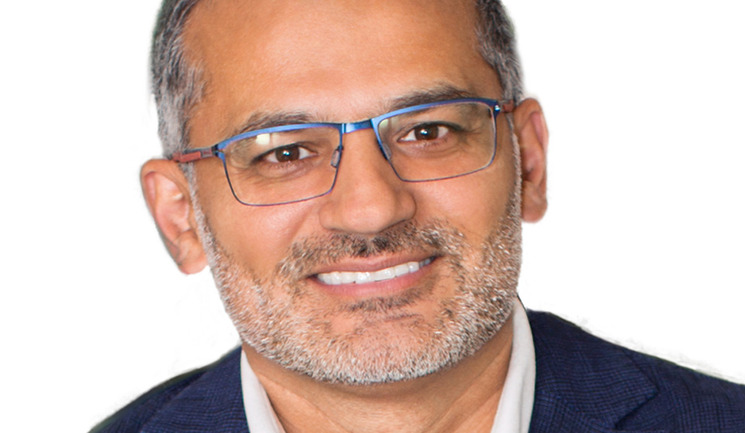 There are not many areas of medical aesthetics that Dr Ravi Jain hasn’t had experience in. After initial training in gynaecological laparoscopic surgery at The Royal London, Barts and St Mary’s hospitals from 1995 and 1998, and having a successful career as a GP from 2000, Dr Ravi Jain began his aesthetics career in 2006, working as a dermatology clinical assistant at Luton & Dunstable Hospital. Since then, Dr Jain has become a respected speaker and key opinion leader, and has emerged as one of the most successful VASER practitioners in the UK.

After making the decision to move to aesthetics full-time, Dr Jain worked under Dr Patrick Bowler, who he considers as one of the UK’s leading aesthetic pioneers, at Courthouse Clinics from 2007-2008. There, he performed a range of aesthetic treatments including toxin and filler injections and body contouring, before opening his own clinic, Riverbanks Wellness, in 2008.

Dr Jain says, “The reason aesthetics really started to appeal to me was because I became enjoyed the high levels of patient satisfaction I was achieving. It was also one of the first specialties where patients said thank you frequently! To make a person feel great and better in themselves is a gift.”

It was in the early days of establishing his own clinic that Dr Jain was introduced to the liposuction technology, VASER, which uses ultrasound technology to remove fat. Dr Jain explains, “When I set up my own practice, VASER seemed like a revolution for body contouring. I wanted to be a part of it, so I established it in my clinic and because of its safe, effective, treatments, with high levels of patient satisfaction, we made a name for ourselves with both patients and practitioners.” Dr Jain attended courses in South America, Italy and the UK to further his knowledge in VASER and its technology, to ensure safe and successful treatments for his patients.

“I love getting positive results and feedback from patients who have body sculpting procedures. It’s great to be able to give people their confidence and self-esteem back”

Explaining why body sculpting is an area of particular interest to him, Dr Jain says, “I don’t like body fat on myself and I just feel that if you can get rid of it, then why not? I understand how hard it can be for people to lose weight and, although I advocate trying to lose weight naturally through diet and exercise, people may need a helping hand.” He adds, “I love getting positive results and feedback from patients who have body sculpting procedures. It’s great to be able to give people their confidence and self-esteem back.”

Body sculpting isn’t the only thing Dr Jain is passionate about – speaking about other non-surgical aesthetic treatments including dermal fillers and injections, and training practitioners at conferences, is also an area of huge interest to him. Dr Jain was introduced to this when he became a key opinion leader for Galderma in 2010. He says, “I really enjoy advising, training and working with Galderma, and showing other practitioners how to achieve the best results with their products. I now frequently hold workshops for Galderma and a few other companies, in Australia, New Zealand, Asia, Europe and the Middle East – it’s just fantastic!”

Dr Jain is a firm believer of creating natural-looking results for his patients, which was the reason why he introduced his concept, ‘Invisible Aesthetics’, which he uses in his clinic. According to Dr Jain, “The approach highlights the importance of ethical care for patients. The majority of my patients seek results that are subtle, almost invisible, as well as gradual, which is what we aim to provide in my clinic.” This also led Dr Jain to introduce his trademarked R-Lift procedure – which aims to give patients a similar effect to a face-lift, without any surgery. Dr Jain says, “The R-Lift uses small amounts of dermal filler, injected into as few as two points on either side of the face. It shows how effective using few needles can actually be, and it creates a natural looking appearance.”

When asked if there is anything he would have done differently in his career, Dr Jain speaks honestly, saying, “I wouldn’t have invested in as much equipment and devices when opening my practice as I did, I would have let it grow organically. Just because you have the machinery available, it doesn’t mean the clientele will come to you.” He advises, “I think new practitioners and practices should focus on having one or two pieces of technology and become known for it, I definitely should have invested in only the VASER to begin with, instead of multiple other machines, as it was, and still is, my pride and joy.”

So, what has 2018 got in store for Dr Jain? “I recently developed a consultation tool that will be launched in 2018, which we hope will support clinicians all over the world to perform consistently high quality patient consultations with excellent outcomes.” He adds, “I can’t say too much at the moment – but patient consultations are vital to a clinic’s success and I really want to highlight their importance. I can’t wait for it to launch!”