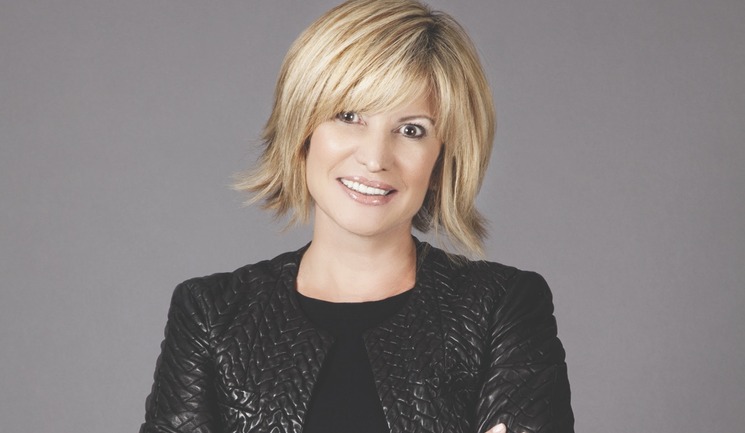 Washington DC’s Dr Tina Alster is a true Renaissance woman in the field of laser dermatology. After two decades in private practice, she continues to break new ground. Wendy Lewis speaks to her about her journey into aesthetics

“There is no elevator to success, you have to take the stairs”

Washington DC’s Dr Tina Alster is a true Renaissance woman in the field of laser dermatology. After two decades in private practice, she continues to break new ground. Wendy Lewis speaks to her about her journey into aesthetics

A pioneer in laser dermatology, Dr Tina Alster broke through the glass ceiling early on to claim her place in a field largely dominated by male engineers and scientists. Her leadership and innovation in cosmetic laser surgery has afforded her a global reputation. Dr Alster founded the Washington Institute of Dermatologic Laser Surgery in 1990, as the first private practice in the world exclusively dedicated to the development and delivery of advanced laser skin treatments. Dr Elizabeth Tanzi became co-director in 2001, and the Institute has since grown to include Drs Terrence Keaney, Tania Peters, and Rebecca Kazin. A large part of the practice is also devoted to clinical research. Dr Alster’s career spans two decades of honours. She has been listed in America’s Best Doctors, Town & Country’s Best Cosmetic Surgeons, America’s Elite 1000, Washingtonian’s Best Doctors, Marquis Who’s Who in Medicine and Healthcare, Who’s Who of American Women, amongst others. She was selected as Allure’s Influencer of the Year and received the Women’s Dermatologic Society Legacy Award. She has served as a consultant to Lancôme, Clarisonic, La Mer, and continues to influence new product development and industry direction. Alongside her professional accomplishments, Dr Alster has managed to live a life of balance. She and her husband, Paul Frazer, a Canadian political-affairs consultant and former Canadian ambassador to the Czech and Slovak Republics, have one son who recently started university. Dr Alster’s modern facility on K Street is frequented by many, and in 2013 she created W for Men, along with Dr. Keaney, as the world’s first clinical practice dedicated exclusively to laser and skin treatments for men. W for Men features a private entrance and services catering specifically to male clients. According to Dr Alster, coming next is a new location in the suburban area of Chevy Chase, Maryland, opening in early 2015. But what first sparked Dr Alster’s interest in lasers and light? “I was always a bit of a science nerd,” she says. “Physics and chemistry were two of my favorite subjects, so it was natural that I was attracted to lasers and light.” However, while she was a dermatology resident, Dr Alster had a memorable patient interaction which propelled her into the field. “She was a 44-year-old who had a dark facial port-wine stain. She had never displayed her birthmark to her husband or teenage son and would only remove a small portion of her camouflage makeup for me to assess her condition. Upon her urging, I investigated further an article I had recalled reading about a new laser procedure that targeted blood vessels (which are in numerous supply in port-wine stain birthmarks). The more I researched the subject, the more interested I became. I got so interested that I applied for a specialised laser surgery fellowship in Boston in lieu of my final year of dermatology training at Yale University. I was so fortunate that I was introduced to this burgeoning field of medicine at such an early time in my career. The patient’s persistence paid off for both of us – I found my calling and she ended up having her vascular birthmark removed.”
A close-knit team is crucial to the success of the Washington Institute of Dermatologic Laser Surgery. Dr Alster’s current key employees have been at the clinic for at least ten years, some of them for as long as 22 years. “Each of them is smart, hard working, considerate, and trustworthy,” says Dr Alster. “After an initial screening by my chief medical administrator, Georgina Eva, who has been my longest-standing employee, each applicant is interviewed personally by me. In addition to confirming his or her proper education and training for the job at hand, I make sure the applicant is a good “fit” for the team. While there are a number of objective measures that can be used, I often go with my ‘gut’. A pleasant personality and a degree of humility are just as important as an extensive knowledge base. I have chosen great team players who make the work atmosphere pleasant for me and for my patients.” Dr Alster founded and created her own SKIN IS IN skincare range in 2011. “SKIN IS IN was conceived with the realisation that most people are confused with the wide array of skin care products on the market,” she explains. “After decades of cherry-picking skincare products for me and my patients, I wanted to take the confusion out of skincare. Knowing that good basic skincare is the foundation for healthy looking skin, I developed separate daily skincare kits for children, teens, men and women that each contain a cleanser, a daytime antioxidant moisturiser with SPF, and a night time peptide rejuvenating cream.” Having assembled her strong team, Dr Alster is proud of creating a practice that is regarded as world-class, delivering technically advanced treatments and technologies to patients. Dr Alster also combines clinical practice with research, teaching and mentoring, receiving many professional accolades, including the Women’s Dermatologic Society mentorship and legacy awards. “I believe in paying it forward’,” she says, “and have established undergraduate and graduate scholarship endowments for women pursuing careers in medicine at my alma mater, Duke University.”