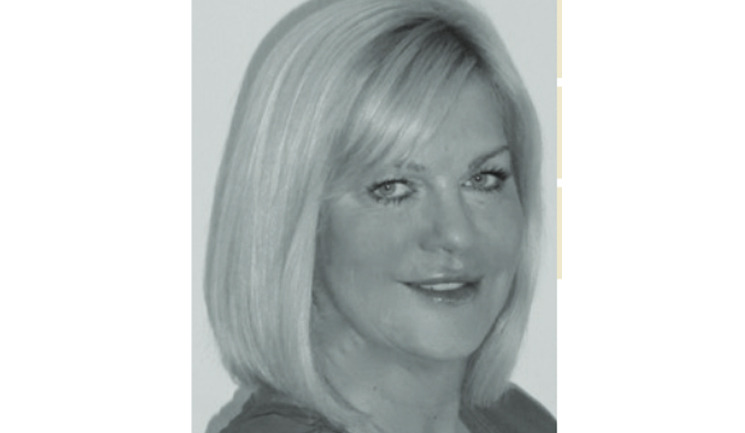 “Growing up in Cardiff, I really didn’t know what I wanted to do when I left school, but I did know I wanted a professional career and to be successful in whatever I did,” says aesthetic nurse prescriber Jane Lateral.

She felt the first ‘buzz’ of success and achievement when, at 15 years old, she became the Welsh champion in trampolining, going on to represent Great Britain in the European Championships the following year. In 1978, at 18 years old, Laferla read an advert in a local paper, advertising a career in nursing, specifically in caring for patients with mental health concerns and learning disabilities. “I still wasn’t totally set on being a nurse,” Laferla explains, adding, “But the opportunity to develop a career encouraged me to apply.” Three months later, she began training to become a nurse with South Glamorgan Health Authority. “I qualified as a registered nurse in 1983, and over the next couple of years I worked in various clinical and managerial positions,” she says.

Laferla moved into the private sector in 1993 and worked as an area clinical manager for a number of assessment and treatment units for adults with challenging behaviour. Then, in 1999, Laferla decided to start her own business, she explains, “I was working on setting up my own care home during the day and working long shifts at night to pay the bills.” Finally,, the work paid off and Positive Lifestyles Ltd was established, opening its first care home in late 2000, employing 10 staff. “Over the next six years Positive Lifestyles Ltd developed into a main care provider in the South Wales region,” says Laferla. “Whilst being one of the most stressful times in my career, it was also one of the most exciting and fulfilling times, especially when in 2005 we won a Welsh Business Award for customer care and an award recognising us as one of the fastest growing businesses in Wales.”

By 2006, Laferla felt she had taken the company as far as she could, with nine registered care homes, employing more then 150 staff. Laferla says, “The business was sold in 2007. The sale afforded me financial stability, but I was already thinking about my next career or business move.” By this time, Laferla was 44 years old and having regular botulinum toxin injections. She was very happy with her results and became intrigued with medical cosmetics, saying, “I started to do some research and in 2006 I undertook my first botulinum toxin and dermal filler training.” She recalls, “At the time, there was very limited support around, no one seemed prepared to offer advice, support or mentorship; you were seen as competition. I was out there on my own, which was an isolating and daunting feeling.”

Laferla participated in training at every opportunity and started attending aesthetic conferences and advanced masterclass training, led by experienced practitioners such as Mr Adrian Richards, Dr Mauricio De Maio, Dr Kate Goldie and Dr Arthur Swift. Then in 2011, a sales representative from Merz Pharma told her about a group of nurses who had formed the British Association of Cosmetic Nurses (BACN). “I soon became aware that there were many nurses in a similar situation to me. Becoming a member of the BACN and attending the regional group meetings and conferences was a real turning point in my aesthetics career. I no longer felt alone or isolated, but a part of the supported network. Here, I met like-minded colleagues and developed wonderful friendships.”

In 2012 the General Medical Council prohibited remote prescribing in aesthetics – presenting another challenge for Laferla. Wondering whether to continue in aesthetics or not, she shared her concerns with her BACN colleagues and was encouraged by the then chair of the BACN Emma Davies, to undertake the V300 Independent Nurse Prescribing. “I remember thinking ‘I’m nearing 50 years old, do I still have what it takes to go back to university and undertake more academic work?’ But with Emma’s encouragement I did it and in 2013 I qualified as an independent nurse prescriber at the University of West England. I felt more elation passing this exam than I did with the sale of my business,” she recalls. Eventually, after spending a few years working for national clinic chains, in 2008 Laferla decided to establish her own private practice, La Ferla Medical Cosmetics, in Cardiff.

When asked by the BACN to become the lead nurse for Wales and the South West in 2012 she willingly accepted. “I wanted to give something back. As BACN members we have a wealth of knowledge and expertise that we will continue to share, and we will support existing and new nurses entering aesthetics,” she says. “My membership has been instrumental in improving my standards, competence and expertise in the aesthetic field, resulting in a successful practice with thousands of happy patients.”

What technological tool best complements your work as a practitioner?

Medical needling, as you can use it to treat a range of indications. I’ve treated patients with cleft lip scarring following surgery – it’s life-changing for some.

Do you have an industry ‘pet hate’?

I don’t like it when people are condescending to practitioners who are new to the industry. We all started at the beginning and the newcomers are the future – let’s give them all the support and advice we can.

What aspects of aesthetics do you enjoy the most?

I love the art of injecting and seeing the changes I can make to my patients and their self-esteem, but mostly I love training and education. I learn something everyday; you can never stop learning, especially in aesthetics.