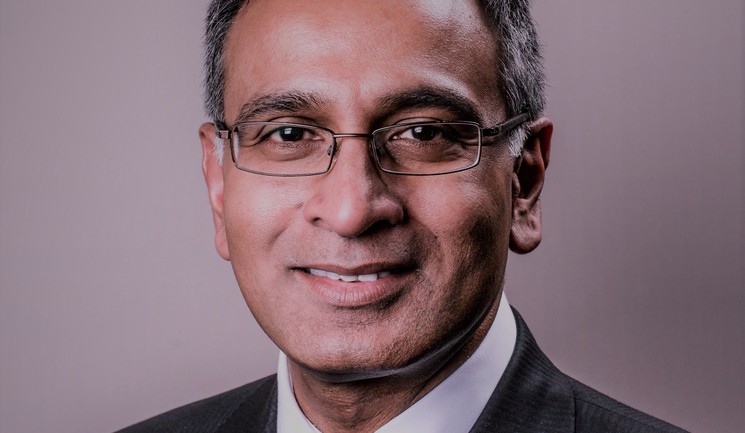 "Always chase the experience and not the final goal"

“I always knew I wanted to be surgeon,” explains consultant plastic surgeon Mr Dalvi Humzah, “but it took me a little bit of time to work out what kind of surgeon I wanted to be.”

Mr Humzah originally aspired to become a liver transplant surgeon but changed his mind during his training. “I spent a whole year working with the transplant team and at the end I had to make a career choice; it was either liver transplants or plastic surgery, and I chose the latter. I realised transplants weren’t for me, but I think plastics had always been there ‘bubbling away’ at the surface.”

After completing his medical degree at King’s College London in 1995, Mr Humzah went to Edinburgh to begin his registrar training, subsequently working his way up through the ranks before completing his Fellowship of the Royal College of Surgeons (FRCS) and becoming a consultant in 1997.

As a consultant plastic surgeon, Mr Humzah started to take more of an interest in aesthetics, “To be a good plastic surgeon you have to be good at not only reconstruction, but the aesthetics,” he explained. “You can’t reconstruct somebody and say ‘right, I’ve done the reconstruction and the repair, but it doesn’t look good’, so I realised you’ve got to have an aesthetic eye in whatever you do.”

Back in the mid-to-late 90s, injectable treatments in aesthetics were just starting to appear, and Mr Humzah remembers it as an ‘exciting time’, “You could open a journal and there would be so many new things just about toxin, and our knowledge was changing on an almost week-by-week basis.” Mr Humzah recalls, “We’ve gone from having just one dermal filler and one toxin to hundreds of them. Now, there are all these new energy-based devices that I wouldn’t have even dreamt of in 1997. If someone had told me then that we could freeze tissue and get rid of fat I would’ve been incredibly sceptical.”

After ten years in the NHS as a consultant, Mr Humzah decided to focus solely on his private work and left the NHS, albeit with a ‘heavy heart’. He explains, “I enjoyed the NHS; there are some very positive things about it. We had great comradery, but I felt I needed more control and to go in my own direction.” In 1998 Mr Humzah set up his own practice, “I wasn’t motivated by having a huge practice, for me, it was to be able to spend time doing what I enjoyed, such as teaching.”

As a fully-qualifed consultant, Mr Humzah spends a lot of time teaching and running training courses. His Facial Anatomy Teaching course recently won Training Initiative of the Year at the Aesthetics Awards 2015, for the second year running. “Teaching is something I really enjoy. I love looking at and exploring the anatomy, and having my own practice means I can do more teaching, which I hope is something that continues.” He explains, “Anatomy knowledge has changed tremendously and what we knew even five years ago is not necessarily accurate now. That’s why I think meetings such as the Aesthetics Conference and Exhibition (ACE) are so great – where I am on the steering committee. We have a real mixture of talks on different skills and specialisms.”

Mr Humzah has accomplished many achievements, but there are a couple he is particularly proud of, “Obviously training to consultant level is, I believe, your biggest achievement,” he said. “But once I established my aesthetic practice, I wanted to ensure it kept moving and evolving. I am very lucky to have people such as aesthetic nurse prescriber Anna Baker around me; together, we have really grown the non-surgical practice within the Nuffield Hospital in Cheltenham.”

When asked if he has an ethos or motto he follows, Mr Humzah modestly answers, “Keep it simple, get the basic foundations and keep running smoothly. Oh, and be nice!”

I like a lot of the facial treatments that I do, whether it be surgical or non-surgical. I do find the face extremely interesting.

What technological tool best compliments you as a practitioner?

I have a lovely 3D camera that I’ve been using for several years now and I think it really helps my practice. I can show patients their face in 3D and really analyse it; using it as a stepping-stone as to how we are going to treat them appropriately.

What’s the best piece of career advice you’ve ever been given?

Always chase the experience and not the final goal, or money. Get experience in as many areas as possible before you move on.

I like to see it as a ‘specialty’ rather than an ‘industry’. I don’t like how we can’t develop ourselves as a major specialism; we should be a specialism of aesthetics.

I enjoy a lot of the conferences. I think some of these multidisciplinary conferences are fabulous and that’s why I put myself forward to get involved. They’re a great way of not only teaching people but also an excellent place to network and meet other colleagues. We get doctors, nurses, dentists, and more, all there learning together and it’s great.