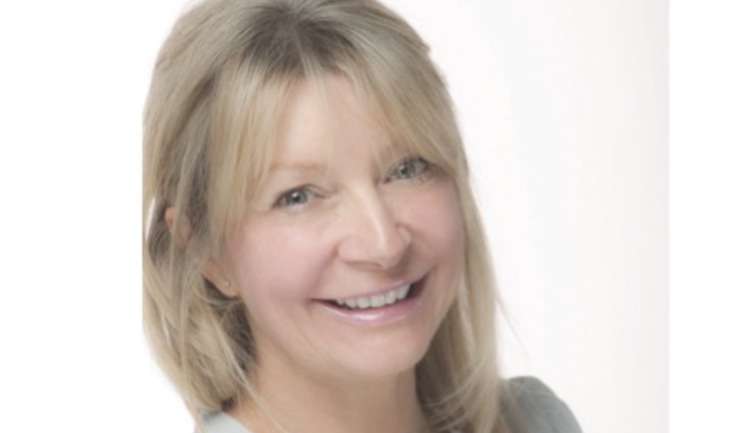 Sharon Bennett, founding member of the British Association of Cosmetic Nurses and UK lead on the BSI committee for aesthetic non-surgical medical standard, describes her journey to becoming a leading aesthetic nurse.

“You must never stop learning in this industry”

Sharon began her career at Southampton University Hospital where, although she loved the work, she discovered that working in an NHS hospital wasn’t her long-term goal. “I loved the patients, the camaraderie and the educational element, but I didn’t take kindly to being ordered around,” Sharon says. In 1986, she applied for a position at the newly opened Harley Medical Group to find her independence. After two years, she decided to take her skills across the globe; travelling with her husband, she worked as a general nurse in a poor state hospital in the interior of Brazil. “It was an eye opener: the hospital didn’t even have disposable needles and syringes,” she says. “But it was so fulfilling.” Following this, she moved to Lisbon, Portugal, where she was asked by Harley Medical Group to open a clinic for them. She moved back to the UK in 1995, and managed a small cosmetic surgery clinic on Harley Street alongside plastic surgeon Peter Ashby. In 1996, she flew to Sweden with a colleague to clear the UK distribution for promising new product Restylane, which would later become the biggest dermal filler in the world. “Prior to this, we’d all been injecting collagen,” she says. “With Restylane, there was no need for an allergy test and we could inject into areas such as the body of the lip, not just the border.” Her role then expanded to include training, as she taught UK doctors and nurses how to inject the new filler. “This was the start of a new age of aesthetics,” she says. “It made so much more possible.”
Sharon then spent two and a half years living in the South of France, commuting monthly to the London clinic before moving back to the UK permanently in 1999. She set up her own fixed base clinic with her business partner in 2007. “I’m quite headstrong and entrepreneurial, so I wanted to work for myself,” she says. Until recently, she also worked alongside dermatologists at Harrogate Hospital. She joined the Royal College of Nurses (RCN) aesthetics forum, and was co-opted on to their steering committee. “Aesthetic nurses work outside of the NHS with little support from the Nursing and Midwifery Council, and this business can be terribly lonely,” she says. “So I joined RCN’s forum.” However, when the forum was dissolved shortly after, she was left feeling that there was a distinct lack of commitment to aesthetic nurses from any existing professional body. “We didn’t have any supporting association to turn to,” she says. “Everyone was scattered across the UK: how would anyone hear our voice?” In 2009, this concern led Sharon to form the British Association of Cosmetic Nurses (BACN), alongside fellow RCN steering committee members Emma Davies and Liz Bardolph.

Through the BACN, she became involved in the British Standards Institute (BSI), the British representative for the European Committee for Standardization (CEN). In 2013, Sharon
was asked to be the aesthetic non-surgical UK representative and assist in forming a standards document, which is currently pending approval by CEN. “I’ve thrown myself into standards because I’m passionate about making the industry safe and well-respected,” Sharon says. “The most important person is the patient but I also want aesthetics to be regarded as a specialty of nursing and medicine, rather than a beauty treatment associated with money and superficiality. My goal is that the BACN Competencies along with the CEN non-surgical standard will be adopted as the gold standard in non-surgical aesthetics in the UK.” Alongside her work to improve industry standards, Sharon is also focusing on her business, having just opened a new clinic in the centre of Harrogate and a second branch within Harrogate BMI Hospital. She is also looking for other opportunities to continue her own personal professional development and education. “There’s a dermatology course at Stirling University I would like to enrol on,” she says. “You must never stop learning in this industry. Every patient who comes in is different and brings with them new challenges.” And with this in mind, she’s set to stay in aesthetics for good. “Aesthetics fell into my lap, I didn’t plan to do it,” she says. “But now I could never go back to straightforward nursing.”

What advice would you offer other nurses?

Don’t try to be an expert at everything: if you can do one thing brilliantly, you will feel more confident. Additionally, don’t work in isolation: surround yourself with peers, a men- tor, and a multi-disciplinary team. You will feel supported, and your patients will feel safe.

The suggestion to take my prescribing course; without it, you can’t move on
in this business. My course at Leeds University was incredibly fulfilling: doing further courses in aesthetics or derma- tology arm you with more knowledge.

What’s been your biggest mistake?

Occasionally making assumptions about patients: sometimes I have already decided what I want to do before they open their mouth. Take your time in consultation; listen to what they’re saying.

Dermal fillers: I’ve been doing them for so long, the syringe is practically my third hand.

My patients assuming that I’m a beauty therapist: sometimes they don’t realise how much academia and further education we do.

What’s your favourite thing about the industry?