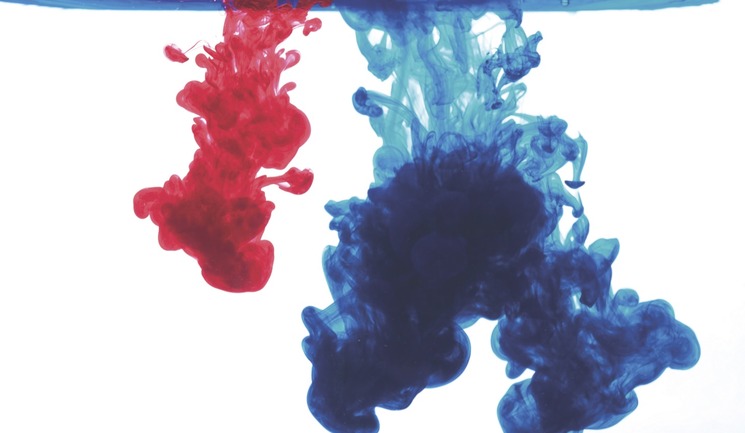 Injectables have come a long way since collagen injections were first used in the 1970s, and it’s not just the products themselves that have changed; injection techniques and the devices we use to administer treatments are evolving all the time. Syringes have been adapted to become more comfortable for the practitioner to use and now produce a smoother flow and, more recently, automated systems that assist in the injection process itself have become available.

“The fillers are all different now, with different properties, so the pressure you use when injecting has to be adjusted accordingly,” says consultant plastic surgeon, Mr Dalvi Humzah. “I think that’s what has led to the development of these mechanically-aided delivery systems. They started off as rather cumbersome machines, but they did seem to work and were particularly good for delivering in large volumes, which I do a lot of in my reconstructive work.”

In the short time that these systems have been available in the UK, even these have seen great change. The Artiste Controlled Injection System, from Nordson Micromedics, was launched in the UK and parts of the US in May 2011. Consisting of a control unit with a foot pedal and four colour-coded syringe handpieces, which attach to the control unit via a lead, the system uses carbon dioxide to apply a more consistent pressure than can be achieved by hand alone, and claims to offer improved injection control with reduced hand fatigue for the practitioner.
Dr Martyn King, co-founder of the Cosmedic Skin Clinic, has been using the Artiste system in his practice and says, “People get better results with this system and less pain, because it injects slowly, which sends out fewer pain receptors, and you can inject very small, consistent amounts so there’s less risk of causing lumps.”
Dr King also offers injectable training courses and has found the system to be of great help in demonstrating the ideal injection flow. “If you get people to inject onto a piece of card to try and create one line of the same thickness all the way down, even with quite experienced injectors the line will get thicker and thinner, which is to do with how hard they press and how quickly they move their hand,” he explains, “whereas with the Artiste, you get a nice, consistent flow.” Mr Humzah agrees to a point, and says, “The Artiste is a good system and occasionally I still use it, but it’s cumbersome loading it up. The new systems are more portable, which is better for the cosmetic world.”

The Frenchmade U225 Mesogun is one example of these more portable devices. It has been available in the UK for longer than Artiste, and is really only suitable for mesotherapy, rather than filler injection. Using pneumatic pressure generated by an air compressor, the U225 has two basic modes: continuous injection or intermittent injection. In intermittent mode, the user can vary the frequency, from one injection every three seconds to 300 per minute. Independent nurse prescriber, Ros Bown, founder and CEO of the Rosmetics clinic chain, favours the U225 gun for mesotherapy, claiming that it is, “easy to set up and operate, allowing me to use many different products, including non-cross-linked hyaluronic acid, mesotherapy products, multivitamins, platelet rich plasma (PRP) and even botulinum toxin for hyperhidrosis.” Dr Jamshed Masani, founder of the Mayfair Practice, has been using the mesogun since 2007 and says he bought it because, “it was well designed, it was pain free owing to the design of the device (no vibration) and the special 32G needle it uses.”

Another mesotherapy delivery system, Aquagold fine touch, is a single-use microneedle applicator that delivers product to the dermis through 20, 0.6mm long, 0.13mm wide, microneedles. Dr Steven Fagien, an ophthalmologist and aesthetic practitioner based in Florida, has found the device to be useful in tackling the issues associated with mesotherapy. “Previously, many practitioners who administered this sort of treatment used standard needles to deliver multiple injections to the skin. This can be painful and time consuming, whereas a delivery device that can deliver many injections at once can accomplish mesotherapy treatment in a very efficient and acceptable manner.” Unlike the U225, Aquagold is not a pneumatically-powered device, but rather a disposable applicator. It contains a reservoir that can be filled with the substance of your choice – Fagien favours vitamins, or microquantities of botulinum toxin or hyaluronic acid – and is then applied gently to the surface of the skin, “much like a rubber stamp on paper,” he explains.

Not so much a filler as a skin hydration therapy, Restylane Skinboosters treatments – Restylane Vital and Vital Light – are microinjections of hyaluronic acid, delivered at a precise point in the dermis with the aim of reducing the appearance of lines and improving skin texture. The SmartClick system, which recently won the prestigious Red Dot design award, is an ergonomically designed syringe with an audible dosage indicator, which when activated generates a clicking sound. The sound is automatically generated during the injection as a metallic plate is pressed over grooves on the surface of the plastic piston. Dr Linda Eve, founder of EvenLines in Dorset, has been impressed. “The new SmartClick syringes offer increased precision and control of injections,” she says. “A micro-droplet, 10?L in size, is produced with every subtle click of the syringe, and this helps the injector spread the product across a wider area and allows you to concentrate on your injection technique, rather than worrying about the amount of product you are injecting. The 1ml syringe delivers approximately 100 doses of micro-droplets, and yet the syringe can very easily be switched back to normal injection mode with needles or cannulas – thus giving the injector a choice of techniques.”

TSK Laboratories launched its 3dose syringe, specifically designed for botulinum toxin injections, at the Aesthetic and Anti-Aging Medicine World Congress (AMWC) 2014 meeting in Monaco. Similarly to the Restylane SmartClick system, the 3dose syringe has an adjustable clicker system, which provides a precise dose injection of 0.025ml, 0.04ml or 0.05ml. Each syringe comes packed with two 33G 13mm needles, which are 22% thinner than a standard 30G needle and aim to reduce discomfort for patients. Dr King, who has used the syringes, says, “The TSK syringes are very nice, I like them. You can tell when you are using a quality needle, compared to a cheaper one.”

Not yet available in the UK, Teoxane laboratories have recently bought the rights to the Teosyal Pen from JuvaPlus, a motorised, cordless device. It has an adjustable flow speed and the choice of small, medium or large drops, which the manufacturers claim optimises product use, increases precision and ease of application, and produces a more natural result than manual injection alone. Dr Sabine Zenker, a dermatologist in Munich, Germany, has used the Teosyal Pen in her clinic. “I am always curious about developing and discovering new approaches, new ideas, new ways and the best methods to develop my skills and improve my work,” says Dr Zenker. “It is important for me to always serve my patients at my very best. This means reducing side effects such as pain and swelling and increasing precision and quality. In using filler delivery systems [such as the Teosyal Pen], I have experienced a clear improvement in the overall aesthetic outcome.”

If filler delivery systems continue to improve at the current rate, are we likely to enter a world where cosmetic injections are administered by machine, while practitioners sit back and watch? According to those we spoke to, probably not. Whilst they all agree that delivery systems have a place in aesthetic practice, there are reservations. Independent nurse prescriber, Andrew Rankin, owner of Regenix Medical Aesthetics Clinic in Malvern, has his concerns. “Any system that provides a level of control which can minimise bruising and pain, thus enhancing the patient experience, has evident value. However, no system can remove the need for correct product placement, particularly in terms of depth, and it is important not to lose sight of this as a priority when learning about dermal fillers,” Rankin warns. “Further, when the clinician is new to dermal fillers, I believe it is necessary for them to develop a feel for the filler that they are using. To my mind, therefore, a dermal filler delivery system is something of use to the more experienced practitioner, rather than something which may be relied on by the novice.” Mr Humzah’s worry is that filler manufacturers will use these devices to hold their customers to ransom. “If you’re going to go down the route of these mechanical devices there is going to have to be some kind of standardisation, otherwise all the filler companies will bring out new delivery systems specific to their particular syringe,” he asserts. “As a sector we should be saying, we’re not going to tolerate this. It’s great having these things, but it is a delivery system and not a right of a particular product or brand.”

What does the future hold?

In terms of the ideal, Dr King would like to see a device that is semiautomated, “so you could choose to either inject yourself, or get the machine to do it for you,” which, in his opinion, would resolve some of the issues mooted by Rankin. Mr Humzah has his own blueprint for the perfect injection system. He says, “In the future what I’d really like to see is one or two ergonomically designed devices into which a filler could fit in like a dental cartridge, where you have a fixed syringe and you just drop the cartridge in, then you would be able to choose the needle or cannula, screw it onto the body of the syringe, then use the machine to gradually inject it at the right pressure.” He continues, “And all that would come in a small, handheld, battery-powered unit, without leads trailing. It would be very cost effective for the filler companies, because they could just produce cartridges, without the cost of producing syringes.” It seems that there is still room for improvement in the world of assisted injection, but with new devices being released at a rapid rate (and if aesthetic practitioners do take a stand in favour of standardisation), it might not be long before Mr Humzah’s dream becomes a reality.