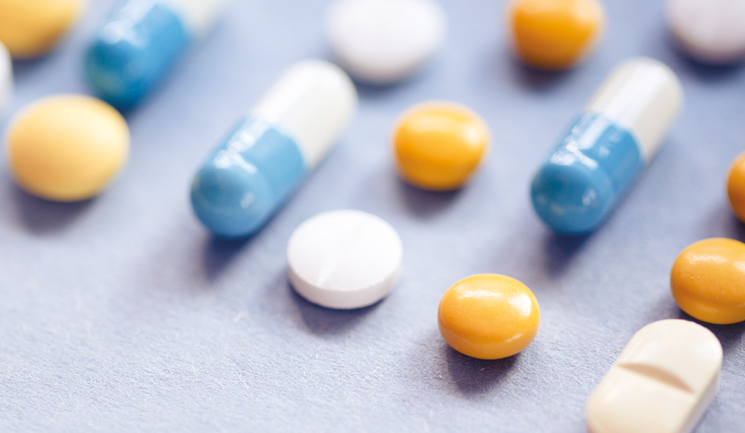 As aesthetic practitioners, we are always required to consider a patient’s medication, among other factors, prior to treatment to ensure safe and successful results. One implication that a patient’s medication may have on their skin is photosensitivity; the abnormal response or reaction to ultraviolet light, which typically presents as ‘sunburn’.1 Drug-induced photosensitivity refers to an undesirable pharmacologic reaction to light irritation following the application or ingestion of a drug to cause a phototoxic or photoallergic reaction.2

Up to 8% of reported cutaneous adverse events in clinical practice is thought to have a photosensitive element to it;3 although, it is not always recognised. Numerous drugs have been implicated in such reactions including, but not limited to: antimicrobials, nonsteroidal anti-inflammatory drugs (NSAID), cardiovascular agents and some psychotropics.1

It is well recognised by industry professionals that the under-reporting of such reactions may account for the lack of robust information and data concerning the real incidence of these reactions.

Although it may not be seen frequently in an aesthetic practice, clinicians practising in this field should be familiar with the drug-induced photosensitivity when taking a medical history. They should also be aware of the possible interactions that such a condition may be associated with and the potential implications.3

This article aims to introduce the reader to the concept of drug-induced photosensitivity and present the ways in which to recognise and treat this should an indication arise.

A phototoxic or photoallergic reaction?

For the vast majority of patients, if they suffer from drug-induced photosensitivity, it is more common for them to present with a phototoxic reaction because often they have previously been sensitised to the drug topically on a number of occasions, whilst the application of topical agents to the skin is more commonly related to a photoallergic mechanism. For example, the topical application of psoralens – a light-sensitive drug that absorbs ultraviolet light and acts like ultraviolet radiation – can produce a phototoxic reaction.6

It must also be noted that the phototoxin (the ingredient thought to be responsible for the reaction) is not always the parent drug, but may be a metabolite of the drug.7 For example, amiodarone, chlorpromazine, and fenofibrate.8

Different patterns of phototoxic reactions may be seen to produce an immediate pricking, a burning sensation, urticarial reactions and some sunburn-like responses. The type of reaction is variable and is not always reproducible.9

Phototoxicity will occur in any individual with exposure to enough of the phototoxin ingredient and the appropriate radiation, although there must be idiosyncratic factors that render some individuals more susceptible, since not all patients taking a potential photosensitising drug get a reaction.10 We can infer that the unpredictability of such drug reactions may partly be attributable to individual differences in drug bioavailability and metabolism. Research looking at both the severity of photosensitivity and the wavelengths implicated shows huge variations with subjects exposed to the same drug. Therefore, with such individual variability, there must be other factors that influence these reactions.10

Typically, radiation is absorbed by the photosensitising drug or its metabolite within the skin. The radiation can be ultraviolet B (UVB), ultraviolet A (UVA) or visible wavelengths (390-700 nm), but usually they are provoked by UVA.10 Once the energy is absorbed, photosensitising radicals are produced, leading to the phototoxic effects. Alternatively, altered chemicals change the endogenous levels of porphyrins or a lupus-like reaction can be provoked. In other words, ultraviolet lights results in changes in the biochemical environment leading to lupus-like skin reactions and similar, which may explain why some drugs such as minocycline can produce a lupus-like skin reaction in some patients.12 With a photoallergy, the altered chemical produces a delayed hypersensitivity response which manifests itself as an eczema-like clinical response, which can be confirmed on skin biopsy, showing the typical features of acanthosis, hyperkeratosis and spongiosis.13 As mentioned, clinical manifestations of photosensitivity include a pruritic eczematous reaction related to photoallergy, which typically develops after 24 hours or more following the initial exposure; it may be present beyond the margins of the drug contact and beyond the sun exposed areas.14 Usually, the condition resolves once the drug is discontinued, although in rare cases the reaction has been known to persist and transform into a chronic actinic dermatitis.15 In this case, referral to a specialist would be needed for confirmation and treatment, which may include long-term immunosuppressants. Phototoxicity produces an exaggerated sunburn reaction, but also lichenoid eruptions, erythema multiforme, telangiectasia and hyperpigmentation are but a few of the clinical presentations of a drug-induced phototoxic reaction. Typically, this reaction can occur within minutes to hours after sunlight exposure.16 If a skin biopsy is undertaken, it will show epidermal keratinocyte necrosis with a mixed lymphocytic and neutrophilic infiltrate; this represents an acute injury to the skin.16

Investigations that need to be undertaken when a drug is implicated involves the exclusion of other causes of the skin condition, for example an acute onset eczema or psoriasis – occurring independently of the drug – in this case a good history is paramount and usually helps the practitioner decide. The practitioner may use a lupus test, porphyrin screen and a skin biopsy. However, a thorough history will usually guide the clinician. Once the likely culprit is thought to be a drug, the key investigation is phototesting. The use of a monochromator to determine the wavelengths involved, the degree of photosensitivity, and the reaction to the suspected drug. A monochromator is a specialised tool to investigate if there is a photoallergic reaction and uses a specific wavelength to see whether a reaction can be elicited – it is provided by tertiary dermatology units in the UK. False negatives can be found, possibly implying the reaction could be due to a metabolite and not the parent drug. The investigation of choice by dermatologists when one suspects a photoallergy is photopatch testing. The patches are applied with the suspected allergen and left on for 24 hours. Two sets are applied, one is irradiated with a predetermined dose of UVA and then readings are taken by a suitably qualified individual at 48 and 72 hours; specialist interpretation is vital to avoid false positive results.17

In the case of the aesthetic practitioner, the relevance of patients complaining of drug sensitivities may become apparent with the use of sunscreens, for example, as these are frequently advocated post procedure. The majority of sunscreens that have the potential to produce a photoallergic reaction contain p-amminobenzoic acid (PABA), benzophenones, cinnamates and octocrylene.18 However, the newer sunscreens that have come to market are less associated with such reactions since they contain photostable molecules to reduce the risk of these reactions.18 Knowledge of a patient’s sensitivities will guide the clinician to use the most appropriate sunscreen.

In other situations, we are frequently confronted by patients wishing to undergo laser treatment, but on direct questioning in the consultation, they declare that they are on a potentially photosensitising drug.19 The easiest option is to bar any patient from having treatment with laser whilst they are on such medication; however, this can seem unfair since it may be denying a patient treatment with a laser which does not have a wavelength associated with a known photosensitive reaction with that particular drug. The investigation can be time consuming and arduous so, for many, simply saying no is the easier option. Access to information on high risk wavelengths may go some way to reassuring both patient and clinician and with the appropriate consent and test patches, the patient may benefit.20 When using psoralen and UVA for certain skin conditions (eczema psoriasis and vitiligo) there is greater risk of provoking a phototoxic response if a patient is taking a potentially photosensitising medications. However, this will depend upon a host of factors including wavelength, the type of phototherapy, the ultraviolet dose and thus the decision to treat should be determined on an individual basis. Photosensitising drugs do not preclude phototherapy; although, it is advised that should a patient be started on a potentially photosensitising drug then phototherapy should be temporarily halted.10

Clearly, if drug-induced photosensitivity is suspected, then simply stopping the offending drug is all that is required. However, if there is a differential diagnosis and/or it is imperative to continue with the drug, then further investigations as delineated above is needed. In reality, it is not uncommon to be able to seek an alternative medication to treat a patient once the culprit has been determined. Rarely, when no alternative can be found, then appropriate measures need to be undertaken to protect the patient from ultraviolet exposure, in particular, longer wavelengths. This may include appropriate clothing and sunscreens. For some drugs, adjusting the time of the dose and knowing the half-life may avoid the delivery of the peak concentration at the time of phototherapy exposure. This decision should be made in association with the patient’s GP. Some tertiary centres will offer patients protection by using narrowband UVB in the same way it is used for patients with polymorphic light eruption, effectively trying to desensitise them.21 In clinical practice, dermatologists frequently recommend UV therapy for a number of skin conditions. If potential medications are being taken by the patient, then assessment by trained phototherapy nurses can be undertaken and the use of lower narrowband UVB minimal erythema doses can be instigated. Although, as previously stated, UVB induced photosensitivity is less likely to be an issue than phototherapy with longer wavelengths.10

In summary, we have discussed drug-induced photosensitivity, the im­portance of a detailed history and to ensure that this is updated each time the patient attends. We have highlighted the clinical features and the immediate management, as well as further investigations needed to confirm the diagnosis and potential long-term management.