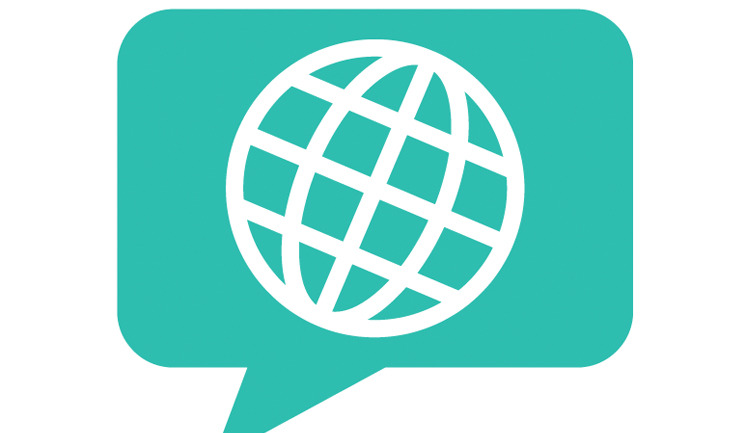 In August this year, the editor-in-chief of US-based beauty magazine Allure announced that the publication would no longer use the term ‘antiageing’. In her statement, Michelle Lee said that by using the word, “Whether we know it or not, we’re subtly reinforcing the message that ageing is a condition we need to battle – think antianxiety meds, antivirus software, or antifungal spray.”1

Described by its publisher Condé Nast as ‘an insiders’ guide to a woman’s total image’, Allure has a print audience of 6.2 million and an average monthly online audience of 4.3 million.2 Speaking to the magazine’s millions of predominately female readers, Lee argues that there needs to be more recognition of the fact that growing older is inevitable and we need to celebrate it.

“This issue is the long-awaited, utterly necessary celebration of growing into your own skin – wrinkles and all. No one is suggesting giving up retinol. But changing the way we think about ageing starts with changing the way we talk about ageing,” she says, concluding, “We know it’s not easy to change packaging and marketing overnight. But together we can start to change the conversation and celebrate the beauty in all ages.”

Whether it’s an appropriate term or not, ‘antiageing’ undeniably creates big business. Countless skincare brands, as well as aesthetic clinics, use the term to promote their products and services – for example, type ‘antiageing’ into Google and it generates more than 11 million results.3 So, Aesthetics asks, is it necessary to stop using the word ‘antiageing’? And if so, how can practitioners start changing the conversation?

The developments in ageing

Consultant dermatologist Dr Anjali Mahto supports the notion of changing the language used to communicate with patients. “I think it’s great actually and will really catch on,” she says, explaining, “The concept of ‘old’ has changed – you see 50-, 60- and 70-year-olds who don’t feel ‘old’. What they see in the mirror is a total mismatch from what they see on the inside.”

She continues, “The truth is, we don’t like the idea of antiageing anymore because women are living a lot longer, they’re working, they’re financially independent; a lot will choose to have children at a much later age. It’s not surprising that if you become a mother at 40 rather than 25, you’re not going to feel ‘old’.”

"Women are faced with a culture that values youth and a natural appearance, with youth being thrown at them from every angle" Julia Kendrick

Aesthetic practitioner Dr Sam Robson, however, suggests that we should not stop using ‘antiageing’. “I think ageing is a condition that we do need to battle,” she says, explaining that we can still use the word, but change the conversation to focus on the options available to patients that help minimise the effects of time and the environment by protecting and repairing the skin. “Let’s do all we can to keep ourselves healthy and youthful,” she says.

Dr Mahto goes on to emphasise how women’s experience of ageing has developed. “What I personally find interesting is that in the last 100 years or so, life expectancy has increased quite significantly, but the age of menopause has changed very little,” she says, continuing, “So what this means is that there is a larger number of females now spending time in an oestrogen-deficient state.”

And, she explains, as most aesthetic practitioners are aware, this means that the majority of a clinic’s business is likely to come from older, post-menopausal women. “In some ways, there’s no point chasing the younger crowd, it’s the older crowd that you want to relate to and explain to them that the skin changes they are seeing are completely normal,” she says.

PR consultant Julia Kendrick also acknowledges the benefits of adopting different words and phrasing in aesthetic clinics. “Women are faced with a culture that values youth and a natural appearance, with youth being thrown at them from every angle. While the magazine was primarily talking about the use of ‘antiageing’ on cosmetic products and over-the-counter creams, it’s imperative that practitioners pay attention,” she argues.

On the other hand, Dr Robson notes the common use of the word and says, “By not using the term ‘antiageing’, you risk making it the ‘elephant in the room’. Even if we don’t use the term, we will still think it and react towards it.”

While language such as ‘antiageing’ and ‘reclaim youth’ may make sense logically, women are much more motivated by positive images of ageing, claims Kendrick. To exemplify this, she draws a comparison to the public’s perception of 59-year-old popstar Madonna and actress Helen Mirren who is 72. “The media ridiculed Madonna, not necessarily for the procedures she’s had done, but more so for her fitness, crazy outfits, diet and lifestyle, which seemed to be an attempt to hang on to her youth. It was portrayed as desperate, unattractive and not what women should want as they age,” she explains.

In the case of actress Helen Mirren, Kendrick notes that she is often represented as a positive example of ageing – Allure used her as its cover model for the issue in which its stance on ‘antiageing’ was announced. Lee wrote, “Look at our cover star Helen Mirren, who’s embodied sexiness for nearly four decades in Hollywood without desperately trying to deny her age.”1

For Dr Mahto, avoiding the use of ‘antiageing’ and phrases such as ‘getting older’ is already a part of her practice. She says, “I phrase the ageing process more as ‘as time goes on’ or ‘it’s natural for skin to do XYZ because of XYZ’. For post-menopausal women, I say, things like ‘This is what happens after the menopause; your oestrogen levels drop and it effects XYZ – it’s what happens to everybody’."

Kendrick adds that phrasing the results as ‘looking well’ and ‘refreshed’ are also beneficial. She also agrees with Dr Robson’s sentiment and highlights that there will be women who do respond well to ‘antiageing’. She explains, “For some women, beauty is business. They can be very focused career women, who want to keep ahead of the game. For them, they will often relate to a more ‘problem-solution’ approach rather than soft language that taps into emotions.”

As such, understanding your patient demographic is vital, says Kendrick. “There’s not one size that fits all,” she says, adding, “You should shape your communications in a way that subconsciously addresses individual patients’ concerns before they even step foot in the clinic.”

The evolution of communication

Both Kendrick and Dr Mahto agree that Allure’s decision to change the language the magazine uses can have a positive impact on patient interactions. “It’s just smart business to tap into the ways in which women need to be communicated to,” says Kendrick, while Dr Mahto adds, “I think it’s sensible to follow suit. If you look at it from a purely commercial point of view, we know that it’s the older population that have the money to spend on these treatments.”

Dr Robson, however, suggest that using alternative terminology may risk missing the opportunity to market to people who might not immediately grasp the subtlety of a more 'politically-correct' term.

As such, Kendrick emphasises, “The key here is a solid knowledge of your clinic demographic and targeted communications. If your main tranche of customers are women who actively express a high interest in looking ‘youthful’, as opposed to ‘good for their age’ or ‘refreshed’ – incorporating the term ‘antiageing’ into your PR and marketing is likely to resonate more successfully, as it will tap into their desire to ‘fend off’ the effects of ageing and provide a robust solution to their concerns. They will feel that you are listening to their concerns and are providing products or creating treatments tailored to their needs – thus increasing your chances of attracting and retaining this particular audience.”

Dr Mahto concludes, “I think it’s really important that this growing sector of post-menopausal women in the market is adequately looked after and they’re not pushed into the sidelines because youth is still a hallmark for beauty.”