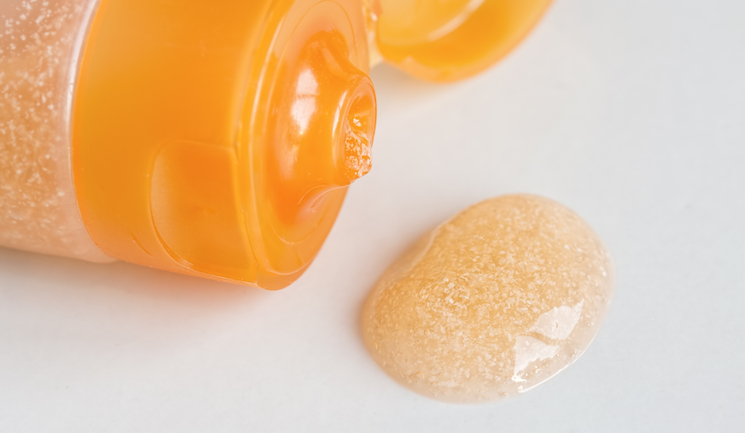 Following the Government’s recent announcement that it plans to ban microbeads by 2017, Aesthetics investigates the use of the ingredient in skincare

On September 3 this year the UK government announced plans to ban the selling and manufacturing of microbeads in cosmetics and personal care products by 2017.1 Research has indicated that the small colourful specks commonly found in exfoliating cosmetic products and toothpaste can have a significant impact on the environment, with one study estimating that every square kilometre of the world’s oceans has an average of 63,320 microplastic particles floating at the surface.2 Secretary of State for Environment, Food and Rural Affairs, Andrea Leadsom says, “Adding plastic to products like face washes and body scrubs is wholly unnecessary when harmless alternatives can be used.”1 So, if this is the case, why are microbeads used? What is their environmental impact? And why should aesthetic practitioners take note?

Microbeads are a type of microplastic, which is defined as ‘synthetic non-biodegradable solid plastic particles that are smaller than 5mm in size.’3 According to consultant dermatologist Dr Maria Gonzalez, microbeads are commonly used in exfoliating skincare products to, “Assist the skin in unblocking pores, which are filled with keratin and other materials, which can potentially lead to comedonal acne. In addition, exfoliation removes built-up cells on the outer layer of the skin, which can make the skin look dull and flaky.” Cosmetic scientist Dr Cuross Bakhtiar says companies additionally choose to use microbeads as the production costs are low and results are easily reproducible. He explains, “The colour match and the quality control is uniform so they come out almost identical year on year and you can produce them in various colours very cheaply.” The alternative to microbeads, according to Dr Bakhtiar, are biodegradable beads, which are more expensive for production, or natural replacements using materials such as rice or bamboo. However, he explains that for natural ingredients, “You can’t get the uniformity – so if you use a natural, raw material when you order batch to batch they may smell slightly differently and look different colour-wise.” He explains that this could be a concern for companies that are trying to offer product consistency. Lorna Bowes, director of medical aesthetics distributor AestheticSource, says that the concerns with microbeads are not a new concept for many skincare developers and that one of their brands from the US previously used them. However, she explains, “It was withdrawn several years ago in response to an American recommendation to abolish plastic beads, it’s good that the manufacturers planned ahead and were already dealing with the issue before it hit the press in the UK.” The company is now using an environmentally friendly biodegradable alternative and a plant derivative as its exfoliating agents instead.

Dr Penelope Lindeque, who has more than 10 years’ experience working in marine research, emphasises that microplastics pose a risk to the environment because they directly affect the eating patterns of small marine animals, called zooplankton, that live near the surface of water.4 Dr Lindeque explains that this is because the animals are both eating the plastics and possibly finding it hard to sort through the plastics to find their food, hindering their survival and causing them to have reproductive issues. She says this is a problem because, “Zooplankton themselves are really important prey for other organisms. The concern is, if the zooplankton aren’t surviving, the food source for animals further up the food chain is affected.” Despite the effect of microplastics on zooplankton, Dr Lindeque’s notes that only, “A small constituent of microplastics is derived from microbeads,” with the rest deriving from sources such as bigger plastics or synthetic clothing.5,6 Studies have suggested that 0.1%7 to 4.1%6 of marine microplastic pollution in Europe is from cosmetic product sources but, even though this percentage is small, Dr Bakhtiar asserts that they shouldn’t be used when there are alternatives.

Dr Bakhtiar believes that all aesthetic practitioners have a responsibility to educate their patients about the ingredients in skincare, “Sometimes practitioners may not be aware of issues such as microbeads and don’t know what to look out for.” As such, he advises that practitioners ask their cosmetic manufacturers or consultant formulators for more information before purchasing new exfoliating products. “It’s important to speak to someone who knows about formulations to know what is being used within products – that’s crucial in the first instance – today’s consumers really want a more natural product that’s not just bodily friendly but also environmentally friendly,” he adds. Dr Gonzalez agrees that patients are now seeking more natural or organic products, “Patients actively seek brands which promote their products as more environmentally friendly as they are much more worried about the long-term impact of cosmetic products both on their bodies and on the environment.” Dr Gonzalez encourages other practitioners to understand ingredients that have the potential to harm both the patient and the environment and provide patients with the correct product advice, “We forget that skincare is washed off our faces and has a direct entry into the environment through water when we shower – it is essential that we consider the long-term effects of these products so that we do not contribute to further environmental neglect.”

If the Government’s plans go ahead, microbeads in cosmetics will be abolished by the end of next year. Dr Bakhtiar says, “I think this should have been done sooner – for the last several years the cosmetic industry has been aware of microbeads and the contamination that they can cause.” Dr Gonzalez adds, “It has been under discussion for a while and I am pleased that action is finally being taken.”