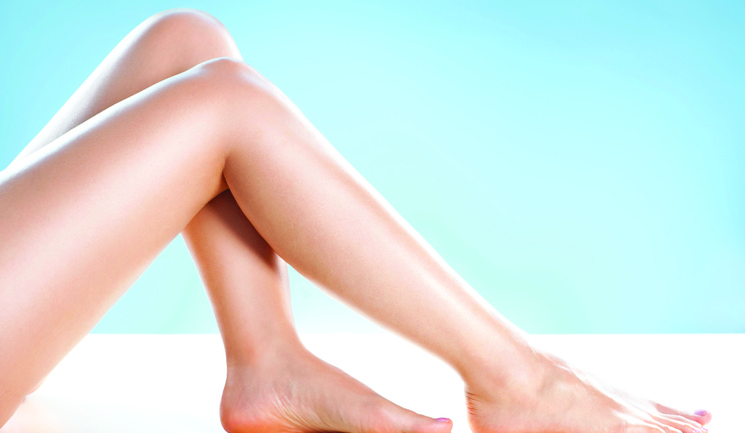 The word sclerotherapy comes from the Greek ‘scleros’, which means ‘to make hard’. It is a treatment designed to tackle problem veins, from minor spider veins to small varicose veins, through the injection of a liquid into the vein in order to destroy it. Sclerotherapy leads
to the vein becoming inflamed and hard to the touch before being absorbed by the body.1 Microsclerotherapy is one of the most effective and well-established treatments for telangiectasia – or spider veins – an issue that affects up to 50% of all adults.2 Although spider veins can cause discomfort in some, for many patients, these small dilated blood vessels are an unsightly problem that they wish to have removed through procedures such as foam sclerotherapy, microsclerotherapy, laser therapy or even surgery. Microsclerotherapy differs from sclerotherapy in that it uses micro-needles to specifically target telangiectasia, rather than larger varicose veins.

Microsclerotherapy is most effective in the treatment of spider veins on the legs, and involves the injection of a solution, or ‘sclerosant’, with a very fine needle into the problem blood vessel. The injected solution is designed to destroy the endothelium triggering thrombosis and subsequent fibrosis, causing the vessel to close and fade away.3 The use of graduated compression hosiery supports and promotes the healing process, minimising undesirable
side effects such as the development of post-sclerotherapy thrombi and general inflammation.4 a ten minute walk immediately after treatment, and then 72 hours continuous compression. This is followed by compression for two weeks during the day. Some of the most common sclerosants used today include sodium tetradecyl sulfate, polidocanol, 23.4% saline, a mixture of 25% dextrose with 10% saline, and chromated glycerine,5 – a far cry from the solutions and techniques adopted in the very first attempts at sclerotherapy, which took place more than 300 years ago. In 1682, D. Zollikofer of St Gallen, Switzerland, reported that he had injected an acid solution into a vein to create a thrombus, the very first recorded attempt at sclerotherapy.6 Following the development of the hypodermic syringe in the 1850s, sclerotherapy became more widespread and in 1853, doctors Cassaignaic and Debout used injectable solutions of perchloride of iron to treat varicose veins and reported some success with their new therapy.7 Throughout the late 19th century and into the early 20th century, the popularity of sclerotherapy increased, as did the number of solutions used as sclerosants. However, demand for sclerotherapy treatment reduced significantly in 1933 when Foxon published results of a follow- up survey of injection treatments. These results showed a recurrence rate of 63% in varicose veins treated via sclerotherapy,7 demonstrating the significant lack of success of some of the early sclerosants used.

The sclerosants used in microsclerotherapy today (including hypertonic saline, sodium tetradecyl sulfate, polidocanol and chromated glycerin8) are a new generation of ‘tried and tested’ sclerosants, developed since the 1950s alongside strict pharmaceutical licensing laws that had previously been lacking in the development (and subsequent approval for use) of a wide range of ‘medical’ solutions. It is due to these new safe and effective sclerosants, as well as the improvements in aftercare and support, that 80% of patients who have undergone contemporary microsclerotherapy treatments have reported a noticeable improvement in the look of their spider-veins.8 This significant improvement in statistics from the early twentieth century figure can be seen as a contributing factor to its recent surge in popularity as a recognised and trusted treatment for telangiectasia. Microsclerotherapy today is a widespread and well-established treatment for spider veins, and with organisations such as the British Association of Sclerotherapists9 working hard to raise and maintain standards of responsible practice in sclerotherapy, and establishing a code of conduct for practitioners, microsclerotherapy has gained a reputation as a safe and effective treatment for telangiectasia on the legs. Save Face, an organisation that aims to help members of the public to locate safe, fully trained, licensed and insured practitioners for non-surgical procedures state (in relation to microsclerotherapy treatment) that it is reasonable to expect a 40-80% improvement in the appearance of spider veins following a microsclerotherapy treatment, though in many cases, multiple treatments are required.3 However, as with all medical procedures, there are some small risks associated with microsclerotherapy that the patient needs to be aware of prior to treatment.

What are the risks associated with microsclerotherapy?

Common short-term side effects in the hours immediately following a microsclerotherapy treatment include redness, welts similar to insect bites appearing at the puncture sites, and a prickling or itching sensation across the area that was treated.3 These symptoms tend to subside spontaneously within hours of the treatment being performed, as long as the correct aftercare instructions are carried out. Longer lasting side effects following microsclerotherapy include bruising and brown pigmentation of the treatment area, caused either by haemosiderin deposition as red blood cells break down, or by post-inflammatory hyperpigmentation.2

I have found that the incidence can be minimised with compression hosiery and by expressing retained clots at 14 days. This staining can occur in up to 15% of all sclerotherapy treatments; staining that is not usually permanent, but that can take between six and 18 months to fade.2 Telangiectatic matting is another side effect that can occur as a result of microsclerotherapy. This happens when vessels are partially damaged and remain under pressure from feeding vessels, leaving a ‘matted’ area of tiny visible blood vessels that resemble a bruise. In my experience, telangiectatic matting usually clears as vessels in the area are successfully closed, within six to 12 months. As with all medical treatments involving medicated solutions, microsclerotherapy brings with it the potential for an allergic reaction,2 from relatively minor symptoms of itching and redness following treatment, to a full blown anaphylactic response that can occur as soon as the sclerosant is introduced to the system. There have been several reported cases of anaphylactic reactions to the sclerosant used, specifically in ultrasound-guided foam sclerotherapy, including one case of a 62-year-old woman who had previously undergone exactly the same treatment but had shown no adverse reactions to it – in this case, the woman required resuscitation with adrenaline.10 However, as there are a number of potential sclerosants available for use, practitioners can work to avoid the issue of allergic reactions as much as possible through a detailed consultation prior to treatment, discussing the medical history of the patient and potentially testing the patient’s tolerance to the sclerosant using a small amount of the solution in contact with the skin. The NHS website also lists some further rare, but potential side effects of sclerotherapy (more particularly applicable to the use of higher concentrations in larger volumes used to treat varicose veins, either in liquid or as a foam), including blood clots, headaches, lower back pain, fainting, transient visual disturbances and in extremely rare cases, transient ischaemic attacks.11

The risk of serious side effects from microsclerotherapy treatment is extremely low (the occurrence of allergic reactions – from minor hives through to anaphylaxis – reported as having happened as a direct result of sclerotherapy treatment has been recorded as just 0.3%7), and even if the patient does experience some haemosiderin staining or telangiectatic matting as a result of the treatment, the likelihood is that these will fade without further intervention within 12 months.2
The majority of telangiectasia treated with microsclerotherapy will also fade – in my experience, many patients report that they begin to see an improvement after about four weeks, though it can take two to three months for the full effects of the treatment of the spider veins to be seen. In many cases, further treatments may be necessary to treat an area of telangiectasia, and I usually recommend that patients budget for around four treatments, though the number required does vary depending on the severity of the case.

Microsclerotherapy, despite the small risks associated with it, remains one of the most popular, safest and most effective ways to treat telangiectasia available today. As professional bodies such as the British Association of Sclerotherapists provide standards and education – and medical practitioners are required to evidence CPD to maintain their professional accreditations – patient education and treatment outcomes can only improve, driving confidence and demand.