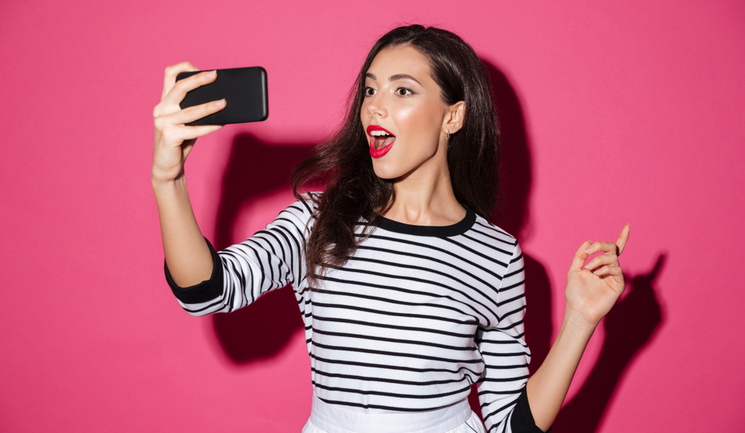 Aesthetics investigates the growth of non-surgical procedures amongst the younger generation.

Have you seen a growth in patients aged under 35 visiting your clinic for treatment? While aesthetic practitioners will be more than familiar with the lip filler trend, particularly amongst those in their early to mid-twenties, new figures released by global pharmaceutical company Allergan suggest that the demand for aesthetic treatment in general is growing amongst millennials aged 21 to 35. The Allergan 360° Aesthetics Report surveyed 14,584 adults from 18 countries, who selfidentified as ‘interested in looking better and willing to spend money on it’. More than 1,300 practitioners from across the globe also contributed to the report, sharing their views and experiences of providing non-surgical aesthetic treatments.1

Results suggest that 98% of millennials would consider professional treatment at some point in their lives, while the age group is more likely than any other to consider treatment as soon as they notice a concern; 39% of those aged 21-35 said they were likely to consider treatment at the age they are now, compared to 32% of 36-55 year olds and 21% of those aged 56-65. In addition, 82% of the millennials surveyed believe injectable treatments are socially acceptable and 63% said they feel appearance impacts how successful they are in life.1

Aesthetic surgeon Miss Jonquille Chantrey participated and supported the research for this report, launching it at the Aesthetic and Anti-Aging Medicine World Congress in Monaco last month. She says, “I wasn’t that shocked by the statistics; we’re seeing that millennials are more aware and open to treatments than they were five years ago and it’s becoming more of a norm for that generation to consider their appearance. My own patient group are very well educated and generally have a healthy mindset, carefully considering their diet and fitness.” As a result, Miss Chantrey was not surprised by other statistics in the report, which suggest that millennials are more likely to consider preventative injectable treatment than older cohorts, with 33% aged 21-35 citing they would, compared to 24% of 36 to 55-year-olds and just 13% of those aged between 56 and 65. This aligns with US-based figures collated in 2018 which indicate that since 2010, the number of botulinum toxin procedures performed on 20 to 29-year-olds has increased by 28%, while enquiries for antiwrinkle treatments have increased by more than 50% year on year.2 From a practitioner perspective, the majority of those surveyed believe that the demand from the younger generation is positive, with 53% agreeing they should start seeing females in their 20s. For men, 38% of the practitioners surveyed said they should start seeing them in their 20s too, even if only for skincare advice.1

From Miss Chantrey’s point of view, this approach to preventative ageing can be beneficial, however notes that it should be considered from an overall health perspective. “This is what I’m doing at my clinic; we work on patients’ mental and emotional wellbeing as well,” she explains, adding, “People are seeking better lifestyles and want to be happier in general; it’s not just about what you look like. I think there will be a bigger movement towards this, especially with the younger generation.” The statistics from the Allergan 360° Aesthetics Report also suggest that millennials are heavily influenced by social media when considering aesthetic treatment. While results indicate that 37% of consumers worldwide search online for treatment and 32% use social media to search about specific problem areas or treatments, the figures for the millennial generation are particularly notable. According to the report, the percentage of US-based 21-35-year-olds using Facebook as a leading source of information is 93%, while 82% use Instagram and 56% use Snapchat. In addition, 20% of consumers across the globe said they follow a practitioner on social media.1

Miss Chantrey said these high percentages are definitely reflected in the UK too. “While some of the stats suggest consumers are influenced by friends and family, social media is the main source of influence,” she says, highlighting, “And it’s not just social media that has a big impact, it’s media in general as well. The rise in celebrity culture and daily coverage of how celebrities look being reported online and in print is far more of a phenomenon than ever before.” While of course there are benefits to the ease in which consumers can find information and trustworthy practitioners on social media, figures from a survey conducted by the Journal of the American Medical Association (JAMA) Facial Plastic Surgery in 2018 suggest that there has been an upsurge in requests for preventative ageing in order to emulate the ‘flawless’ image projected by photo filters.3 This is supported by the 360° report, which found that 34% of US based consumers always use apps to modify or erase something on their face before posting a photo on social media.1

“It’s important that practitioners are really responsible on social media,” says Miss Chantrey, who emphasises that there is a difference between educating patients and advertising to them. She encourages practitioners to use evidenced-based products and quantities when promoting and administering treatments, especially to millennials. “Social media is not real education. Education is direct face-to-face contact with good practitioners. These are really young people who may be on their way to having treatment for decades. Please refrain from over injecting; it’s more about minimal preventative action rather than constantly keeping up with trends.” Miss Chantrey also notes that while millennials are a generally well educated group, that’s not always the case for some patients. “They may be convinced about what treatment they should have because they’ve seen so much of it on social media,” she says, “Don’t be swayed into doing something, just because a patient has asked for it. Base your treatment approach on appropriate assessment and good medical principles. Additionally, she highlights the fact that the younger generation can be a potentially more vulnerable, sensitive group, advising, “You don’t want to encourage concerns about how they look. It may be that there is a clinical need for treatment, however it’s about giving a gentle, supportive introduction to that.” According to Allergan, similar surveys will continue to be conducted, with the aim of aiding better understanding across aesthetics as a whole. Miss Chantrey concludes by saying that her only hope for practitioners treating the millennial generation is that it is done in a ‘truly authentic way, for the right reasons, not just because they can sell more syringes.’

2. Valenti, L and Atkins, C. Preventative Botox in Your 20s is Real – But it Could Be Aging You. (Vogue, August 2018) <www.vogue.com/article/preventative-botox-injections-twenty-somethings-expertguide-wrinkles-fine-lines-eyes-lips-forehead>