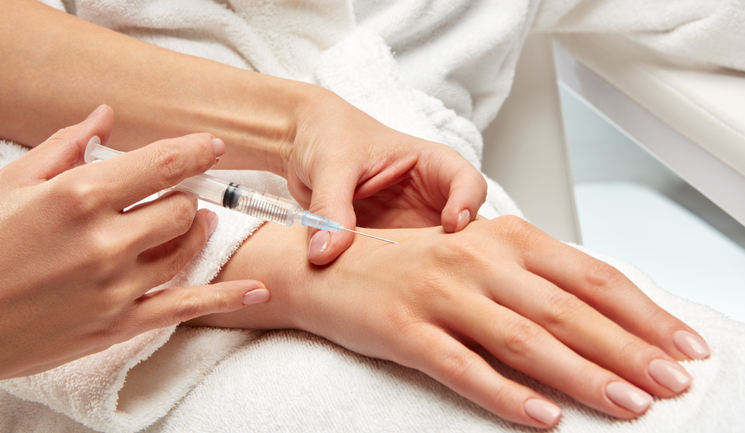 Aesthetics reports on the results of a recent survey suggesting that the majority of women wish they could change the appearance of their hands.

A US-based survey of 1,000 women has indicated that 78% of respondents over the age of 40 wish they could change the appearance of their hands.1 The survey was commissioned by Nestl. Skin Health to coincide with the FDA approval of Galderma’s Restylane Lyft dermal filler to restore age-related volume to the back of the hands, which does not yet have an EU licence for this indication. The results of the Face Your Hands survey also suggested that nearly two in three (63%) of women are interested in having a non-surgical procedure to improve their hands’ appearance. So, are women in the UK just as concerned? And, if so, how are practitioners helping? Aesthetics speaks to two professionals to report on their experiences.

Aesthetic practitioner Dr Kuldeep Minocha, who is based in South England, says that women’s concerns with ageing hands are just as prevalent in the UK. “I probably treat hands every single week,”he says. Alternatively, nurse prescriber Jackie Partridge, based in Edinburgh, says, “I do treat hands, but I would say it isn’t as common as it could be.”

Statistics from the survey indicate that of the women aged 40 and over, 85% noticed signs of ageing on their hands as they’ve grown older, while two in three (65%) women think their hands make them look older than their age. According to the practitioners interviewed, this is not surprising.

Dr Minocha explains that signs of ageing hands in women tend to start around the time of menopause. At this time, he says, “Women will experience a fluctuation in weight, where they’ll start to lose the fatty layer in the hands, leading to veins and tendons becoming more visible.” And of course, it’s not just intrinsic ageing that influences these changes. Partridge says, “There’s also the age spots that develop, which can be an incredibly ageing factor on the backs of hands.” While Dr Minocha adds, “The hands are one of the areas of the body most exposed to sunlight. External factors such as photoageing and smoking will also have an impact on the appearance of hands.”

The survey also found that 60% of women had taken steps to hide their hands because they are self-conscious about the way they look, with 50% saying they were likely to use a filter or photo editor to improve the look of their hands before posting a picture of them on social media. Partridge says that although she hasn’t heard of this amongst her patients, the statistic doesn’t come as a surprise.

Yet, despite this clear concern with the appearance of hands, both practitioners note that patients don’t come to their clinic specifically requesting hand rejuvenation treatments. Dr Minocha says, “Often patients are not aware that you can do anything at all. They just accept it. They’ve seen those famous photographs of Madonna when she was clutching a hand bag with aged hands, while in my opinion her face had obviously had treatment, and automatically assume nothing can be done.” Partridge also exemplifies Madonna, noting, “Hand treatments are a massively under-utilised area as far as the aesthetics market is concerned, and something we should be doing more to promote. While I’m talking to patients, they mention Madonna’s hands and say they are noticing ageing in their own hands too.” Dr Minocha adds, “I do get some more media-savvy patients and those who do extensive research requesting hand treatments, but, more often than not, patients learn about the options during consultations.” He continues, “When we do a consultation, as well as performing a full facial assessment, we also look at other areas that are prone to sun damage and ageing. I point out that wherever you get a loss of fat, increased elasticity or sun damage, treatments are available.”

According to Dr Minocha and Partridge, treatment options involve dermal filler injections to add volume to hands, as well as laser procedures used mainly to address pigmentation concerns. They both also use Restylane Skinboosters to improve hydration and general skin quality.


When Dr Minocha outlines the options available to patients, he says they are always received very well. “Some people feel young at heart but describe having ‘old lady’ hands,” he says, highlighting that his belief is that it’s not surprising that women are open to treatment as they’re generally very attentive towards their hands, adorning them with jewellery and manicures that catch people’s eye and draw attention to them.

Can practitioners do more to promote hand treatments?

“More can certainly be done to promote these procedures,” says Dr Minocha. “It’s the kind of thing we ought to be promoting on our websites and social media,” he says, adding, “I currently don’t do any promotion of it, but there’s a huge opportunity for any aesthetic practitioner to share before and after photographs and describe the treatment process.”

He continues, “With the original studies into hand treatments, the researchers would treat one hand and leave the other untreated – that’s a really powerful marketing tactic. I know aesthetic practitioners who’ve been walking around for years now with one hand treated and one not! When you can show patients the results in real life it can be so effective.” Partridge notes that she has hand rejuvenation treatments on her price list, advertised on a rolling digital screen in her waiting room and on her website. She uses before and after images to promote the results that can be achieved, which intrigues patients. However, Partridge notes that practitioners should be aware that despite the appreciation of options available, budget constraints are likely to have an impact on the amount of hand rejuvenation treatments booked in a clinic. “If a patient has a budget in mind when visiting your clinic, then they want to have the treatment that’s going to have the biggest impact, which is usually the face,” she explains, adding, “I wouldn’t say it’s something that people want to spend an awful lot of money on and, with the FDA guidelines for Restylane Lyft stating that up to three millilitres per hand can be used for volumising,2 it can really add up financially, so it will be a specific type of patient with a specific budget who will undertake treatment.”

Comments from the practitioners interviewed indicate that the findings from the survey in the US could reflect patients’ attitudes and understanding of hand rejuvenation treatments in the UK. Partridge says, “They’re in your face every day, so it is something ladies notice, but maybe don’t realise that there is a treatment option out there for them. They just tend to accept the ageing changes.”

Dr Minocha agrees, noting, “While you have to look into a mirror to see your facial ageing, you physically look at your hands every day and can see them ageing.” That said, when hand rejuvenation treatments are conducted, they can produce high-quality results; “In my experience, patients are absolutely delighted,” says Partridge. She concludes, “Hand rejuvenation treatments shouldn’t be a procedure that practitioners shy away from; if they have the relevant training and understanding of precautions, they’re something that can certainly expand a practitioner’s treatment portfolio if we talk about them more often.”