News Special: Correcting Aesthetic Complications – whose responsibility is it? 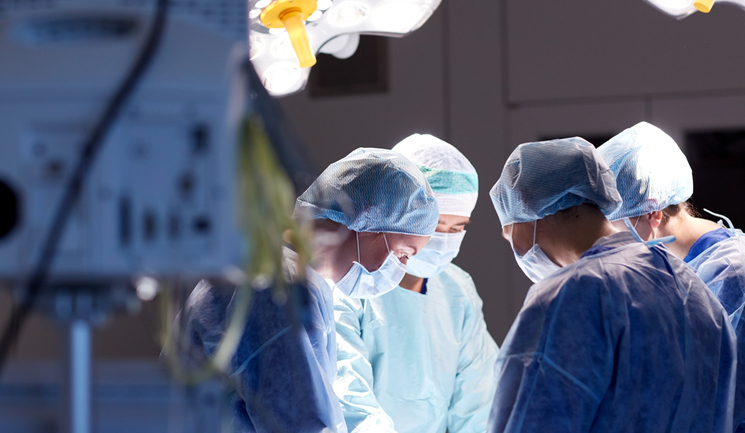 Aesthetics investigates the cost of private aesthetic treatment complications on the National Health Service and asks, ‘why aren’t more adverse events being treated by the private sector?’

On September 3 this year, The Times reported that three clinical commissioning groups in Manchester had spent almost £2 million over the past five years on surgery required as a result of complications from botulinum toxin injections. Although, some aesthetic professionals believe this number is likely to also include dermal fillers. The article stated campaigners were warning that the figures suggested a national bill of as much as £1 million a year.1

With the NHS already under huge financial pressure,2 should it be responsible for correcting sub-standard treatments caused by private aesthetic practitioners?

The facts and figures

“It’s impossible to give a definitive answer on how much the NHS spends correcting aesthetic complications because no reliable data or statistics exist at the moment,” says Emma Davies, aesthetic nurse prescriber and vice chairperson of the aesthetics complications group SaveFace. “The reason we have no data is because there is no governance, therefore we lose data. Consequently, all the information we have at the moment is very anecdotal,” she adds.

The lack of data on the costs incurred by the NHS in dealing with complications caused by cosmetic treatments in the private sector was highlighted in the 2013 Keogh Review. The report argues the need for available data, ‘in order to drive the required improvements in clinical practice, patient education, innovation and research’.2 However, the report did reveal figures submitted by surgeons at the Chelsea and Westminster Hospital in London, which showed that over a 15-month period, 12 patients presented to its A&E department needing treatment for complications from surgical cosmetic procedures. This resulted in 34 outpatient visits and 66 inpatient nights, costing a total of £43,000. The hospital also specifically highlighted costs for dealing with one individual’s dermal filler complication, which resulted in a five-night hospital stay and a reported cost to the NHS of £4,028.3

“A lot of people are shirking responsibility saying ‘I haven’t been trained in how to deal with this, therefore, go see someone else’ and I don’t think that’s right"

Consultant plastic surgeon Mr Niall Kirkpatrick published an article with fellow surgeons in the British Medical Journal in 2013 that looked at the resource implications for NHS hospitals when treating facial filler complications.4 He says, “The cost of treating patients with infections from dermal fillers is about £2,000 a time. The costs of reconstructive surgery as a result of aesthetic complications are poorly calculated in the NHS but are likely to run to many thousands of pounds per treatment.”

Dr Tatiana Lapa, GP and aesthetic practitioner, agrees the lack of data is concerning, “Knowledge is power but at the moment we are saying there is ‘some sort’ of cost to the NHS, but we’re not entirely sure what that cost is. I believe if we actually have raw data, showing this is how much it is costing the NHS, then it does provide scope for change,” she says.

Where does the responsibility lie?

Davies says, “For the patient, it is important that the practitioner delivering the treatments is managing the risks to prevent these things happening, so if a complication does occur, they are capable and competent to manage that complication. If that practitioner isn’t competent, the patient should be referred, but I don’t think they should be referred to the NHS unless they require emergency care and I don’t think the NHS should foot the bill.” Dr Lapa agrees, “A lot of people are shirking responsibility saying ‘I haven’t been trained in how to deal with this, therefore, go see someone else’ and I don’t think that’s right. If you are able to perform a treatment, I think it is reasonable to expect you are able to deal with any common and serious complications of that treatment.” She explains, “If, in certain cases, the practitioner is not able to treat the adverse event, it should then be their responsibility to refer the patient to someone that is able to. It shouldn’t fall to the NHS.”

Dr Lapa also notes that many healthcare professionals within the NHS are not equipped to deal with aesthetic complications. “Many may have no idea how to dissolve filler, so if you show up to A&E, there is likely to be no hyaluronidase in the department. Therefore, it’s not always possible for the NHS to pick up the pieces,” she says.

Although there are several bodies and organisations through which complications can be reported, such as the Medicines and Healthcare products Regulatory Agency through the Yellow Card Scheme. and the General Medical Council, Davies believes there needs to be a single portal for reporting. “In order to submit and quantify data, we need to have an organised format. I think bodies such as SaveFace, the Joint Council for Cosmetic Practitioners and Treatments You Can Trust should all be joining forces and working with the regulators to ensure this,” she explains. Mr Kirkpatrick says there needs to be improvement in regulation in order to address the issue, “The NHS would not have to cover these costs if the aesthetic industry was appropriately regulated by the government, with practitioners only being allowed to practice if covered by medical indemnity, as doctors must be, so that patients have recourse to compensation if there are complications. This compensation could cover the costs of the necessary treatment.”

Dr Lapa believes the UK specialty could benefit by setting up a national insurance scheme. She explains, “One of the solutions brought up in the Keogh Review was to have a national insurance scheme like the one set up in Denmark. The National Patient Insurance Scheme is a public and private partnership funded by insurance companies and regional state boards. Then, if patients have treatments that go wrong, they can access it and it’s there as a safety net.”2

Mr Kirkpatrik concludes, “I believe that patients should have access to emergency treatment if needed for complications such as acute infections. However, I do not think that the NHS should cover the extensive treatment costs of reconstructive surgery necessary to correct the complications. The government is planning to legislate soon but I fear that it will be too little, too late.”