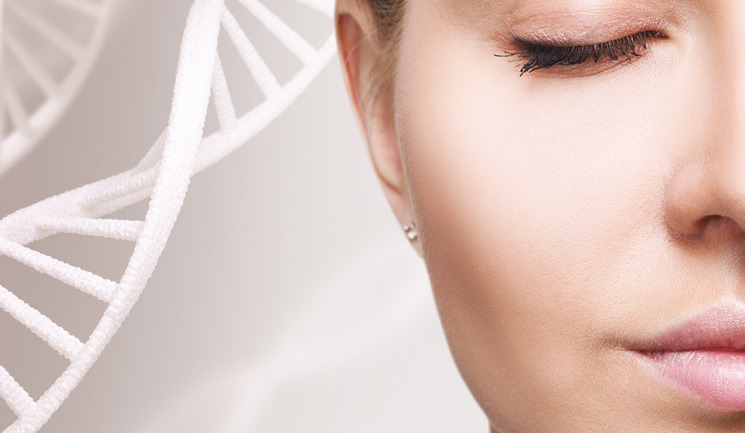 Dr Beata Cybulska explores the use of nutraceuticals for increasing collagen and hyaluronic acid production.

Ageing is a complex process caused by genetic, hormonal and environmental factors, affecting all the cells and organs of the human body.1-4 Most of the signs of ageing in connective tissues are associated with dysregulation of the collagen matrix, rise in inflammatory markers and reduced blood flow. It is produced by fibroblasts alongside elastin and keratin fibres, which provide integrity and firmness to the tissues. Degradation of the collagen matrix with age impacts on the activity of fibroblasts, resulting in fewer collagen fibres being produced, diminished hydration and supply of oxygen and nutrients, resulting in impaired immune responses. Ultraviolet irradiation induced matrix metalloproteinases in the epidermis and dermis result in degradation of collagen and are regarded as primary mediators of connective tissue ageing.5 Skin, being the largest and most visible connective tissue organ, shows signs of ageing before they become noticeable elsewhere in the body.

This article will explain how nutraceutical supplementation can directly stimulate fibroblast production and collagen synthesis, as well as increase natural levels of hyaluronic acid within the dermis and other connective tissue organs in the body. It will examine bioavailability of specific nutrients necessary for collagen production and their effectiveness in promoting collagen type I, II and III in the skin and cartilage supported by preclinical and clinical studies.

Collagen consists of three amino acids: hydroxyproline, glycine and proline, which are wound together into triple helix structure composed of alpha chains.6,7 Collagen is synthetised following a normal pathway of protein synthesis and needs vitamin C and essential minerals such as zinc, manganese and copper as co-factors necessary for the functions of enzymes and transcription factors.8 Humans lose on an average 1.5-2% of collagen from the age of 20.9 The total dermal thickness decreases at about the same rate in men and women.10 This is accelerated during menopause when the synthesis of collagen drops to 30%.11 Many antiageing treatments focus on stimulation of collagen synthesis and improvement of quality and function of treated tissues. Oral supplementation with nutraceuticals containing hydrolysed collagen peptides, hyaluronic acid and vitamins with antioxidant properties has become popular, with many new products being launched every year. The efficacy of oral supplementation has been questioned amid concerns about their absorption in the gut and distribution of the constituents of such supplements.

Collagen peptides are natural, bioactive ingredients consisting of a mixture of hydroxyproline, glycine, proline and arginine, which are produced by enzymatic hydrolysis of collagen. These are either of marine, bovine or porcine origin.12

Marine origin hydrolysed collagen peptides are a popular by-product of the fishing industry and are rich in collagen type I which is the most common type of collagen found in skin, tendons, blood vessels, organs and bone.6 Fish is generally regarded as healthy and ‘clean’ by the public, yet it is one of the top 10 most common allergens.31 It often comes from free water and may not be health certified. One of the pioneers in the production of marine hydrolysed collagen peptides is from a company called Nippi in North America.32 Nippi extracts collagen peptides from fish scales and skin through a complex and controlled natural hydrolysis process producing eco-friendly fish collagen peptides from farmed and wild-caught fish.

Interim clinical data showcased a 12-week clinical skin absorption study demonstrated by blood serum levels at baseline and two hours post ingestion as well as skin biopsies at baseline and 12 weeks post ingestion that hydrolysed bovine collagen peptides, hyaluronic acid and L ascorbic acid among other co-factors necessary for collagen biosynthesis were effectively absorbed and resulted in increased levels of collagen and hyaluronic acid in the skin and a visible improvement in wrinkles (75%) and skin hydration (100%).39

Bioavailability of oral supplements is characterised by their absorption in the gut and metabolic interactions in the body. The bioavailability of hydrolysed collagen peptides is influenced by the size of their particles. Conventional collagen’s molecular weight MW is 30-90 kDa.6,7 Absorption studies demonstrated that collagen peptides with low MW have been absorbed in the gut and appeared in the blood and tissues.19 An example of bovine hydrolysed collagen peptides is a generic, patented formula called Arthred, which is found in a number of formulations. It is pharma grade pure collagen derived from the hide of German cattle produced by Gelita AG.40 Arthred contains a therapeutic dosage of over 10,000mg and has short-chain peptides of low mean MW of approximately 3 kDa (mean chain length of 25-30 amino acids) available in stable, soluble powder form which can be mixed with water or other beverages.40 It is deemed as ‘predigested’ and is already in the form needed for straight absorption through the small intestine, therefore the stomach does not need to break it down. Due to its source the amino-acid composition of Arthred resembles that of collagen in articular cartilage, which is characterised by a high proportion of hydroxyproline and hydroxylysine. Arthred is confirmed as being generally recognised as safe (GRAS) by the Food and Drug Administration (FDA) and safe for human consumption by the Scientific Committee on Food of the European Union.41,42

Hyaluronic acid (HA) is a glycosaminoglycan, which is present in the extracellular matrix in the connective, epithelial and neuronal tissues. It plays a role in cell proliferation, migration and cell surface receptor interactions.43 HA stimulates fibroblast proliferation within the collagen matrix and indirectly improves collagen production in the connective tissues. It also regulates water balance and maintains cell structure.44,45 The average 70kg person has roughly 15g of HA in the body, one third of which is degraded and synthesised every day.46 About 50% of the body’s supply of HA is found in the skin where it is involved in tissue repair.

The quantity of HA in the skin gradually decreases due to ageing.47 Orally-administered HA has been shown to be absorbed and improve skin hydration and smoothness.48-53 It is not confirmed whether the anti-wrinkle effect of oral HA is different depending on its molecular weight or amount of intake.54,55

A co-factor is a chemical compound which is required for a biological reaction. Co-factors are ‘synergistic ingredients’ that play an important role in healthy collagen synthesis and repair. Although enzymatically hydrolysed collagen peptides and hyaluronic acid are key nutrients for stimulation of collagen synthesis and skin hydration, other nutrients play a role in maximising their effects.

There are numerous preclinical and clinical studies demonstrating a positive impact of oral supplementation with hydrolysed collagen peptides and HA on quality and function of connective tissue organs, including skin and joints, amongst others. Oral supplementation with collagen peptides should be considered as an adjunct to other aesthetic modalities to enhance their efficacy. It is important when choosing a supplement to consider its origin, molecular weight of the particles and therapeutic dosages, as well as a mix of compounds including co-factors necessary for collagen synthesis, to assure its highest bioavailability and efficacy in tissue repair and regeneration.