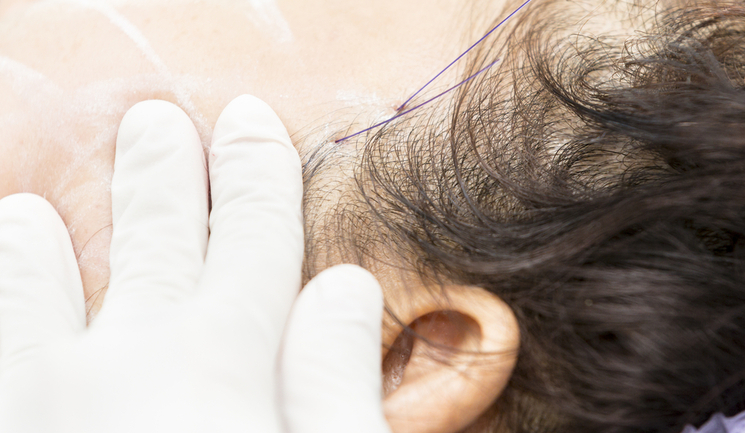 In the second of a two-part article, Dr lrfan Mian explains possible reasons behind poor aesthetic outcomes of PDO threads and how to appropriately select patients for treatments

In the first of this two-part article, I explained the importance of correct placement, anaesthesia and how to avoid certain complications. For the second part of this article, I shall explain how to accurately select the correct patients for the treatments and the reasons why there could be poor aesthetic outcomes.

An in-house clinical audit at my clinic of some 300 PDO threadlift procedures (cogged and non-cogged), in the maxillary and mandibular regions, has suggested that the outcomes and techniques being used currently do not give consistently satisfactory results. Complaints from threadlift patients having these procedures, which totalled 84, were analysed to determine the reasons behind these poor patient experiences. Most complaints were not of a serious nature and none resulted in any long-term permanent damage or harm to the patients. There were no 'formal complaints' and no implementation of formal complaint procedure protocols needed to be invoked.

A very common complaint from patients was that, although initially the procedure was good, they felt that over subsequent months the results deteriorated. From speaking to patients originally treated by different practitioners, the results were poor initially and the practitioner's promise of improvement over the subsequent three or four months did not materialise. In one case, the practitioner had based this on the premise that the aesthetic result would improve due to neocollagenesis and subsequent tissue contraction. Due to the variability and number of factors involved in achieving the final aesthetic outcome, it is my opinion that this advice should be given with caution.

Many patients complained that they were not getting the aesthetic result they had hoped for when speaking with other practitioners in consultation or through general discussion, and felt they were not getting 'value for money'. The results of some PDO face and neck lifting procedures using current methodology were found to last six months or less.

In my experience, the ideal age for PDO threads empirically seems to be the 40 to 55 age group who are otherwise fit and well, although this can vary due to biological ageing differences. The age of the patient is important because, for PDO threads to provide optimum results, the induction of a reaction from the immune system is required, which results in desirable neocollagenesis. The immune system degrades as we age so the speed and degree of this reaction is diminished.1

The older patients’ tissues do not generate as much collagen as when they were younger, resulting in a poor aesthetic outcome of short duration. Patients older than 55 may also have greater skin laxity. In my experience, skin laxity greater than 1.5cm does not give a good clinical outcome. The cheek-finger test should be employed, where two marks are placed on the cheek, which is then lifted towards the top of the ear. When doing this, the movement of the marks should be less than 1.5cm – this is described fully in the previously published 'PDO Threadlifting' article in the Aesthetics journal in 2016.2

From experience, leathery or tough skin in older patients where there is a predominance of type 1 collagen, usually due to photodamage, is difficult to lift with threads, and face-lift surgery may be the only answer.

It can be seen that patient selection at the outset is critical to achieving consistent results. Older patients can be treated but they should be clearly informed, ideally in writing so that you have a record of communication, that their threadlift procedure may not give optimal results. They may need a series of threadlift every four to six months using threads of multiple design and size. Younger patients should have a minimum age of 33 years and will usually need fewer threads, usually non-cog. I find patients below this age do not need lifting treatment.

I have found that there is a big difference in outcomes between men and women. Men seemed to need more threads more often, and also had a greater rate of relapse. The reasons may be due to structural skin anatomy variations, genetic factors, ethnicity and body form.

Through observation, I have found men less likely to follow post-procedure advice thoroughly when compared to women. Post-procedure support in the form of an elasticated facial garment is demonstrated and given to the patient to be worn daily. Unfortunately, some men were found to not wear this support as instructed. The garment supports the tissue while fibrosis and neocollagenesis takes place. This failure to follow instructions may be a factor in poorer clinical outcomes in men. In addition, men have thicker and firmer skin, which is more difficult to rejuvenate with PDO threadlifting.

We all age at differing rates due to our diets, lifestyle and UV light exposure. This may result in differing volumetric and physiological skin changes, which might explain the variable outcomes when a threadlift is performed. The face is covered by five anatomical layers,3 which are listed below:

Sometimes in fair-skinned individuals or those that have inherently thin skin, the cogs may be felt or seen on the face, such as in the cheek. PDO threads are blue with a purple hue and this colour may also show through on the face. I believe there is no need to treat this as, from my experience, the colour is lost a few weeks after placement due to PDO thread hydrolysis.

Ultimately, over six to nine months, all these effects will disappear as the PDO threads are fully hydrolysed leaving no residue. This process can be accelerated if needed by local PH reduction through agents such as vitamin C and sodium bicarbonate.4

I find that a very common complaint is the development of skin ripples or folds, especially after a maxillary and mandibular PDO cog lift. This may be due to over tightening of the threads prior to cutting, superficial thread placement, placement in the wrong tissue plane, the patient having ‘leathery’ skin, or incorrect placement at the 'tissue grab' stage, which is the final stage prior to removal of the metal cog.

One way to overcome this is firstly to place the threads in the SMAS, but then to individually tighten in both a clockwise and anti-clockwise direction to release entwinement in the tissues.

Once rippling has occurred, a 'compass massage' can then be carried out, in addition to clockwise and anti-clockwise rotation massage to try and release the barbs

Once rippling has occurred, a 'compass massage' can then be carried out, in addition to clockwise and anti-clockwise rotation massage to try and release the barbs. The compass massage consists of massaging north to south and then east to west. This can, in stubborn cases, be coupled with infiltrative pH reduction injections. I have found it is best to inject from the base to the epidermis.

By achieving a tissue grab just lateral or at the nasolabial fold, my incidence and extent of post-operative facial rippling has been reduced. I discovered that tissue grab by the PDO cog medial to the nasolabial fold caused more rippling, as the denser type 2 SMAS pushed up against the looser type 1 SMAS5 as it was anchored by the barbs.

To improve longevity in facial rejuvenation, the main cogs cannot only be crossed – cog to cog – to achieve greater neocollagenesis, but smaller gauge threads can be used in a 'fishbone' design. These supplementary threads can be placed as a forward or reverse fishbone design in addition to cross threads. Cavern screw threads are also useful for this fixation, especially in the nasolabial fold and submental areas. These threads can be placed at the initial procedure stage or added at a later date and act as 'locking' threads.6

It is important to correct any facial imbalance present by good thread placement planning. In all cases, prior to cutting, the cogs are held in place using straight artery forceps and the tension adjusted until the facial tissues are balanced. An assistant is invaluable at this stage to tense and hold the threads while the practitioner makes the necessary adjustments. Once the practitioner is happy that facial balance is satisfactory, the threads are cut using the skin pressure technique. It is recommended to always take a clinical photograph prior to cutting as a record of good symmetrical balance.

PDO threads do not need to be treated as a sole treatment modality. Combinations with dermal fillers, both BDDE and thermally cross-linked, platelet rich plasma (PRP), lasers and other light-emitting devices and even botulinum toxin can be used with threads.

This short update has looked at important considerations and recommendations when conducting PDO thread therapies. PDO thread placement is an art and a science; our patients will benefit greatly if the practitioner conducting these procedures is well trained and knowledgeable.