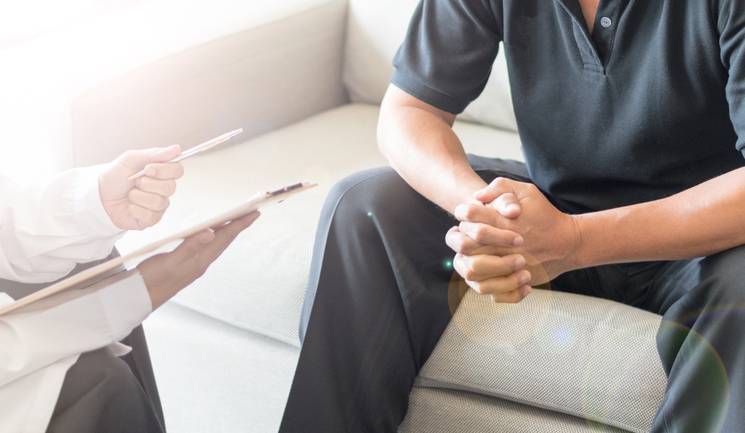 Several studies have established that many men would like to have a bigger penis, even though women seem to be less concerned about size.1 In fact, 45% of men report that they are dissatisfied with their penile size, which is higher than those reporting dissatisfaction with height or weight (40%).2

What is more, I have noticed that the demand for penile enlargement has significantly increased over the past few years. Whether it is pills, creams, non-surgical and surgical approaches or other methods, more men than ever are coming forward to pursue ways to increase their penile size. In our men’s healthcare clinic, International Andrology, penis enlargement or penis size concerns are by far the most common issue that men enquire about.

As many men are presenting to non-surgical aesthetic clinics with other bodily concerns, it is useful for practitioners to know about men’s anxiety in this area as well as the different types of treatments available. I believe that although this topic is most relevant to surgeons, non-surgical aesthetic practitioners may discuss initial concerns with an existing patient. It is therefore useful for aesthetic practitioners to be able to give patients a brief introduction of the treatments available, before referring to a surgical colleague.

First of all, we should recognise that penis size anxiety is a real issue. It is easy to dismiss penis size anxiety as something trivial; however, after consulting and treating many men, you realise that size issues can cause significant distress. Even though we find that most of our patients are ‘normal-sized’3 (Figure 1), anxiety about size can really a ect their self-confidence and sexual life and may even prevent them from normal social interactions such as being with a partner, sports, sauna visits, camping etc. Moreover, one in three men are concerned about size irrespective of age, a uence or educational levels.4 For these reasons, it is extremely important that all patients are properly counselled before any treatment is offered. Like any medical complaint, when counselling patients, it is important to take their complaint seriously.

Practitioners should take a full medical and sexual history, in addition to performing a general and genital examination, recording penile visible length from the pubis (flaccid and stretched) and penile girth. Some men may have a normal size, but the penis is buried by a large suprapubic fat pad. Others may have a big scrotal web that masks the penile length. In some cases, too much skin has been removed during circumcision and some of these patients may present with penile size dissatisfaction.5 Those patients would benefit from a skin grafting procedure.

Examination will also identify patients suffering from true micropenis (erect penis size less than 7cm).6 Those patients will most likely require extensive urogenital reconstructive surgery (phalloplasty) which is not covered in this article as it is a separate medical entity. It is important to explain to the patient what is normal; in my practice, I reference Figure 1 when consulting patients.6 Many patients, especially younger men, may be misinformed and once they are informed on the average penile length and girth they are satisfied and no further treatment is needed. It is also important to identify men who have erectile dysfunction or Peyronie's disease and manage accordingly, as those men may present with penile size concerns.

Men who request penile enlargement as a part of generalised anxiety, stress, problems with their partner or present with body dysmorphic disorder (BDD) should also be identified and referred accordingly as they would do better with counselling or psychiatric help rather than surgery. So, the suitable candidate for penile augmentation is someone who has a low- average to average penile size and knows that he is within the normal range, but wants to enhance the size of his penis in order to boost his confidence and improve his self-esteem.

For patients who are suitable candidates for surgery, an important element of the consultation process is to make sure that the patient is fully aware of what can be achieved. This is because, like many other treatments, many patients will have unrealistic expectations.

One of the first attempted methods to enlarge men’s penises are exercises. This involves stretching the penis to increase its length. These exercises can be performed with or without the use of medical devices (penile stretchers or vacuum erection devices) and there are various techniques that have been proposed and tried.7

There is some evidence that penis exercises and devices can help increase the penis size (mainly the length)7 and we do recommend stretching exercises for all our patients who undergo penis surgery. However, it is also quite clear that:

• For the majority of patients, the results will not be very profound and is usually around 1cm;

• Even achieving these modest results, requires more than six to eight hours of daily stretching for many months; and

• Patients need to be quite careful when performing these exercises in order to avoid tissue damage.

Therefore, the pills and creams that are heavily advertised on the internet will not lead to any penile size gain and are completely ineffective. The majority of these products have basic ingredients such as complex sugars or vitamins. Some more ‘advanced’ products might also have PDE-5 inhibitors, or other drugs, that are used to treat erectile dysfunction. In my experience, these products may result in a firmer erection, hence creating the illusion of a bigger penis, but do not actually change penile size.

In all men, part of the penis extends inside the body so is not externally visible (Figure 2). The root of the penis, or the hidden part as it is often referred to, is attached to the pubic bone through the suspensory ligaments. The main function of the ligaments is to help retain an upwards facing erection.9 Ligamentolysis is the basis of a penis lengthening operation and involves cutting the suspensory ligaments. This allows part of the hidden penis to move downwards and outside the body. The visible part of the penis increases as a result (Figure 4). Through the suspensory ligament division, the flaccid state length can increase by 3-5cm.10 Other surgical procedures that may help with length and are offered to patients if required include: surgical excision of the suprapubic fat pad or liposuction, excision of the peno-scrotal web and skin grafting the penile shaft, if there is lack of penile skin after circumcision.

Basic method of my ligamentolysis technique

The half-moon incision heals quite nicely with minimal scarring and will be covered by the pubic hair post-operatively. After the suspensory ligaments have been adequately exposed, they are divided. Care should be taken to not only cut the superficial ligaments, as this will not be sufficient to pull the penis out. Thus division is done until the inferior surface of the symphysis pubis is felt by the surgeon's finger. Equally, it is also important not to cut the ligament laterally as this will lead to penile instability. A silicon buffer is then placed to prevent re-attachment of the ligaments. The silicon buffer I use is a testicular implant (solid rather than liquid silicone), which is sutured on the pubic bone using a single 1-0 ethibond on J-needle.

There are various techniques that have been tried for penile girth augmentation, but they broadly fall under two categories:

Given the trade-offs between patient safety, potential complications, efficacy and cost, we only recommend girth augmentation through autologous fat or hyaluronic acid (HA) injection. My preferred method is autologous fat injection since the results, for most patients, are permanent and given that quite a significant amount of material is required (50-80ml depending on the penile size) it is also more cost effective. Moreover, my view is that fat tends to exhibit less issues with migration and unevenness, whilst patients report to us that it feels more natural than HA. Fat is mainly harvested from the inner thighs and if more is needed it is taken from the abdomen.

On the other hand, HA injection is an office-based procedure that can be performed with a penile block or local anaesthetic, but will need to be repeated every 12-18 months. It is usually sought from patients who do not have enough fat and might be reluctant to put on weight for the fat injection. The injection technique is quite similar for both HA and fat. We inject the filler (fat or HA) under the dartos muscle (Figure 4), through a small stab incision just above the base of the penis. The injection is done in a fan-shaped manner. Care should be taken to make sure that the filler is evenly distributed across the penile shaft.

For patients that are not circumcised, it is quite important to avoid migration of the injectable to the foreskin during and also after the treatment. It is also worth noting that if the injection is wrongly applied inside the corpus cavernosum then the erection mechanism will be destroyed. Furthermore, there would also be a risk of embolism. We have had quite a few patients referred to our clinic, who have had HA injected wrongly, and in such cases, patients may require a penile implant to restore their erectile function. As such, anyone performing this treatment should be adequately trained and well aware of penile anatomy.

The aim of a fat or HA injection is to have around a 30-40% increase of the penile circumference. In my experience, further increases will tend to make the penis look swollen and unnatural rather than the aesthetically optimum cylindrical shape. Also beyond this point, significant re-absorption of the fat might occur because the excess fat cells will compete for nutrition. This in turn will tend to increase the occurrence of complications, such as fat migration, development of lumps and unevenness.

Based on our experience treating around 150 patients annually, potential complications are usually rare and easily treatable. For ligamentolysis, the most severe complication that can occur post-operatively is infection (less than 1% of patients) of the silicon buffer. In this case, antibiotic treatment on its own is not enough and removal of the silicon buffer is necessary. As for fat injection, the main issue is significant re-absorption of the fat (occurring in around 5% of patients), which in turn can lead to unevenness and lump formation and a re-operation will be required to add more fat and break up lumps.

For HA injection, the main issues are migration and rapid absorption of the filler (around 20% of patients) and the fact that the HA injection needs to be repeated every 12-18 months thus adding up to a significant total cost. With respect to post-operative care, ligamentolysis patients will need to do penile stretching exercises and girth enhancement patients require penile massaging to maintain the uniform shape of the filler. Most patients can return to normal activities within three to four days and resume sexual activities after four to six weeks.

Penile augmentation is widely considered as an ineffective treatment with high complications rates. My view, after treating hundreds of men with penis size anxiety, is that as long as patients are properly consulted and consented, have realistic expectations, and only safe and effective treatments are used, which I have summarised in this article, then the patient satisfaction rates can be very high. As mentioned, only practitioners with sufficient knowledge and experience of treating this area should attempt these treatments and refer to those more experienced if necessary.