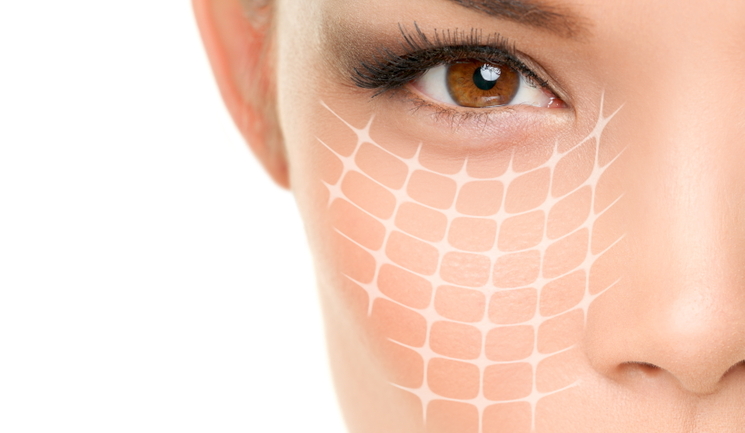 In my research, I have found that world literature on cosmetic facial rejuvenation is commonly centered on Caucasian aesthetic ideals and tends to ignore the larger ethnic groups such as African, Asian (Oriental and Indian) and Hispanic, despite darker skinned people (tan, olive, brown and black) constituting the majority of the global population.1 Of the 5,000 ethnic groups in the world, the largest are the Chinese followed by the Indians.1

The obvious difference in individuals of varying ethnicities is the skin colour, although there is a wide variation of the facial dimensions between ethnicity, gender, and age. When assessing the anatomical aspects, it is apparent that key angles and proportions do vary in different ethnicities.2

Photoageing affects all skin types, regardless of ethnicity. As eyelid skin is one of the thinnest in the human body, the periorbital area is the first to demonstrate visible signs of ageing.3

Rawlings’ analysis of the effects of photoageing due to sun exposure4 concluded that although all ethnic groups are subject to the process of photoageing, Caucasian skin usually ages faster than any other ethnic group. The main reason is that this skin type contains low levels of melanin and is thinner, making factors such as upper eyelid hooding, eye bags and crow’s feet more visible (as early as the third decade), whereas hyperpigmented macules and seborrhoeic keratosis are more common with the darker skin types.4

Studies have confirmed that racial differences in skin physiology are mainly related to the protective role of melanin present in races with darker skin, differences in stratum corneum (SC) thickness, water content, rate of transepidermal water loss (TEWL) and in skin characteristics like extensibility, recovery and elastic modulus.4,5

Peri-orbital features of the African American, Asian and Hispanic patient

Not only does African American skin contain the most amount of melanin, which protects its complexion from the ageing-affects of the sun, 4,5 but the skin is also thicker, therefore wrinkles show up much later in life (generally the sixth decade). However, African American skin is much more likely to develop a scar after an incision and has a higher risk of pigmentation.4,5 The eye orbits of African Americans tend to be of a more rectangular shape, with small brow ridges, high brows and lateral brow hair thinning. When it comes to the eye area, the main concerns for African Americans are droopy eyelids (ptosis), bulgy-looking eyes and rounding at the outer corner due to soft tissue atrophy and bony remodelling of the eye socket.7

Asian skin is made up of higher levels of melanin, and, as a result, signs of ageing around the eye zone show up much later in life. However, melanin also makes skin more prone to pigmentation and it is common to see hyperpigmented macules and seborrhoeic keratosis. Nearly half of Oriental Asians are born with no upper eyelid crease (single eyelid), which can cause the lashes to droop in the visual axis (lash ptosis) or give rise to a sleepy appearance.10 The eye orbits of Asians tend to be of a more rounded shape, with small brow ridges, high brows with a shorter tail. Weaker skeletal support and loss of elasticity leads to under eye hollows and cheek flattening.8

Hispanic and Latino skin tones can range from light to very dark. The skin of these ethnic groups contains a fair amount of melanin, making them less likely to show signs of ageing until they hit their 40s.7 Like Oriental and African American skin, it is more prone to developing skin discolorations. Hispanics tend to have a lower brow position compared to Caucasians, which can sag relatively early and cause brow drooping. Dark circles under the eyes are also common, which is due to volume loss along the eye socket (tear trough area).7

Whilst the darker-skinned ethnic groups tend to have less periorbital wrinkling, they are all prone to pigmentation issues and practitioners should bear in mind that any skin rejuvenating treatment may respond unpredictably to chemical peeling in different ethnicities. Asian (Indian) skin may be more sensitive to topical therapies and develop allergic reactions.9 An individual patient history of post-inflammatory hyperpigmentation (PIH) is very important to take into account. In this subpopulation, peels may be considered as a second-line therapy after topical therapies fail.9 I use botulinum toxin in African Americans and Hispanic patients to improve brow ptosis and glabellar furrows. African Americans need dermal fillers to support their lateral canthus and cheek, as these areas are prone to early ageing. I would normally inject three points (similar to points 1,2 and 3 of the 8-point lift)11 to correct the malar hypoplasia and the lateral canthal rounding. Surgical correction is performed without cutting the skin, where possible, to avoid keloid formation.

Asian (Oriental) patients require upper eyelid rejuvenation (double eyelid blepharoplasty), which I perform surgically and non-surgically (suture Asian blepharoplasty). From my experience, Asian (Indian) and Hispanic patients tend to require tear trough rejuvenation earlier than other ethnicities. Asian (Indian) dark circles often have a hereditary pigmentation component, which make their dark circles more challenging to treat. For dark circle rejuvenation in Asian (Indian) ethnicities, I use a combination of topical creams that contain vitamin C, Kojic acid and arbutin. I also use a skin plumping filler in the lower eyelid skin, such as Restylane Vital Light, in addition to a deep filler in the central and lateral trough. Recognising ethnic differences in skeletal support and skin can hugely impact our ability to better target rejuvenation efforts for different ethnic groups.

As eyelid skin is one of the thinnest in the human body, the periorbital area is the first to demonstrate visible signs of ageing

Mrs Sabrina Shah-Desai will discuss periorbital rejuvenation with hyaluronic acid fillers at the Aesthetics Conference and Exhibition 2016. Visit www.aestheticsconference.com/programme to find out more