Promoting Education and Conservation with AlumierMD 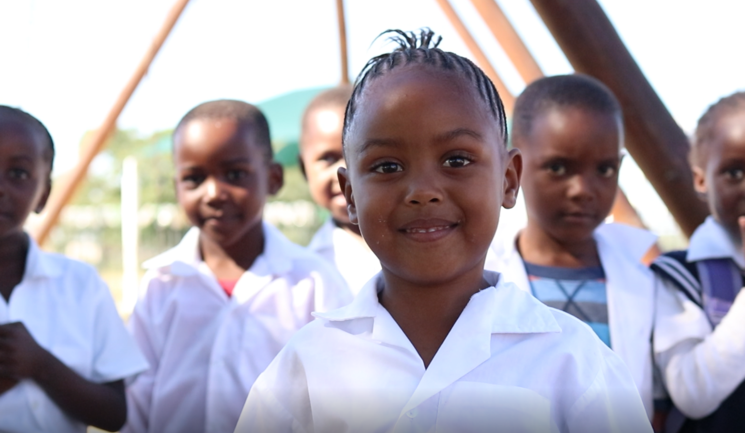 Aesthetics discovers the premises behind Alumier MD’s funding for education and conservation in South Africa.

Skincare company AlumierMD recently invited Aesthetics to spend a week at the Timbavati Game reserve in South Africa to learn about the company’s efforts towards helping to facilitate education and conservation in the region. The company’s founders are passionate about making a difference as they have close connections with the locals in the area and they believe their efforts can go a long way.

“One of the reasons AlumierMD was built was to fund the work that myself, my friends and colleagues have been doing to promote education and environmental conservation in South Africa,” said one of the company’s founders, Paul Levey, who grew up in the country.

With a background in dermatology, he created AlumierMD as he believed there was a gap in the market for skincare that used safe and clean science which was extremely difficult to counterfeit. He hopes that the profits from the company can eventually fund the learning of 300 children, which would in turn help promote conservation. “It all started in believing in the importance of education and believing that it’s the only way that we are going to save the planet,” Levey stated. In 2011, before AlumierMD was formed, Levey and his good friend and colleague Dave Jackaman were approached by a member of the local community, who made them aware of the very basic learning conditions of students at the nearby Nhlengelo Primary School, situated in White City, a very poor area in Mpumalanga, South Africa.

The school was set up by the community and couldn’t accomodate the high number of students attending every day. It comprised just two single classrooms, which lacked fundamental facilities such as toilets, accessible water or a kitchen. The classroom couldn’t fit the high number of students attending every day, which resulted in many studying under a tree outdoors. “We were asked if we could help build another classroom for the children, but when we went there we realised that we couldn’t let the kids who were attending the school learn in those conditions,” said Jackaman, who managed the Nhlengelo Primary School project. He explained, “In White City and the surrounding areas, education is very important for these little children, especially good education. There is a drive to create awareness of animal, vegetation and water conservation in the whole area so they can grow up and conserve the whole ecosystem and become guardians of the community in the future.”

“One of the reasons AlumierMD was built was to fund the work that myself, my friends and colleagues have been doing to promote education and environmental conservation in South Africa”
AlumierMD co-founder, Paul Levey

Together, Levey and Jackaman provided funding and resources to establish essential facilities, including eight classrooms, safety fencing and security, toilets, a kitchen, a small health clinic, and most importantly, a running water supply. Their colleague Leslie Rigali from North America was integral to the support and administration of this funding. Principal Lyson Ndlui explained, “When we started I would work from my car and the children would drink water from a 20 litre container that I would bring. When we received funding, we saw a lot of changes and even now they are still assisting us. The funding brought light to this community, where poverty is something that we see every day.”

He added that although the school has come a long way, it still requires more funding for reliable water, new classrooms, more toilets and a library. AlumierMD is hoping to help further by setting up what the company hopes to call the Alumier Foundation, a non-for-profit charity which aims to assist this school, as well as other organisations, to continue to promote education and conservation in South Africa.

Other educational and conservation organisations AlumierMD is hoping to support through this initiative include; The Greater Kruger Environmental Protection Foundation (GKEPF), The Timbavati Foundation, Elephants Alive, and Wild Shots Outreach.

The charity will launch later this year.