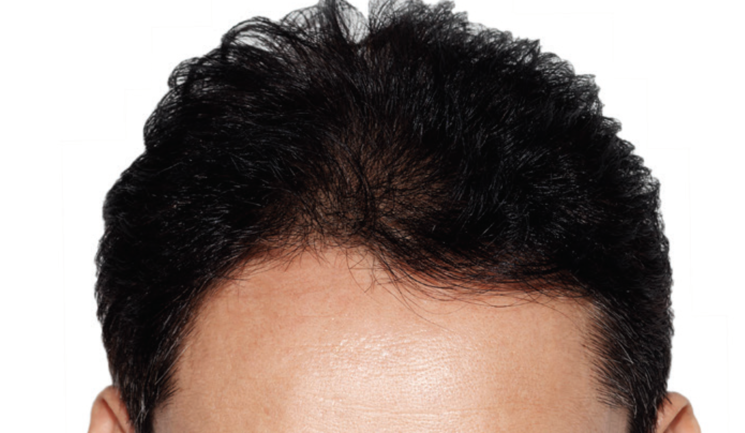 A brief history of hair transplantation

Modern hair transplant techniques were first developed in Japan in the 1930s1 where surgeons used grafts to help restore eyebrow and eyelashes as well as the scalp hair of burns victims. It did not become a treatment for male pattern baldness until the 1950s when dermatologist Dr Norman Orentreich planted the first grafts in balding areas.2 Techniques progressed from there and follicular unit transplantation (FUT), or strip harvesting as it can be known, became the first popular method of hair transplantation.

FUT is where a strip of hair is surgically removed from the back or side of the scalp and follicular unit grafts (one to four hairs) are extracted and replanted in the balding area by the surgeon, using very small micro blades or fine needles. However, the main drawback with this method is that a scar is left in the donor area, which is visible if the patient likes to wear his or her hair short.3

Early FUT procedures in the 1980s had mixed success.4 Patients could be left with plug-like doll’s hair, with several hairs sprouting together in unsightly individual clumps. However, techniques for replanting donor hair have improved. Thanks to the technique slowly evolving over time as surgeons became more experienced at performing the operations and shared their knowledge, leading to a much more natural blend with existing natural hair.

FUE and its development over the last ten years

A different hair transplantation method, follicular unit extraction (FUE), was first developed as a technique in the 1990s by Australian physician Dr Ray Wood and his sister Dr Angela Campbell.5 They felt that cutting out a big patch of skin to harvest the donor hair was unnecessarily traumatic so developed a new technique where the follicular units were taken one-by-one, directly from the donor area, with fine needles. Early FUE techniques were fairly unsophisticated and there was noticeable scarring from punch grafts used to the remove the donor hair, which ranged in diameter from 1.5mm to 2mm. However, more recently, these punches have become much smaller – between 0.6mm and 1mm in diameter, due to improved equipment – meaning that the scarring is almost indiscernible to the naked eye.6

Modern day FUE treatments involve removing individual follicular unit grafts, containing one to four hairs, under local anaesthetic using tiny punches. The grafts are replanted in the donor area using a fine needle, typically over the course of one day. Most surgeons are able to transplant up to 4,000 grafts in a single day, though operations commonly involve between 1,500 and 3,000 grafts. FUE is much more time-consuming than FUT and therefore it is more expensive – costing approximately 50% more per procedure. Over the last five years I believe FUT has been superseded as the most popular method for treating baldness in men and women by FUE. Several high profile celebrities who have had hair transplants using the FUE method – most notably the England football captain Wayne Rooney, who is thought by hair loss specialists to have had FUE7 and model Calum Best8 – could be associated with a rise in patients seeking FUE treatment. This shift in the preferences of my patients has been apparent in my clinic. Five years ago, 80% of my patients opted for FUT and 20% for FUE; now, it is the complete opposite with 80% opting for FUE. The main advantage over strip harvesting is that the scarring with FUE is minimal. Due to the smaller punch holes developed over the last five years, the scarring is barely visible two weeks after the operation. For the first few days, a patient has red pin-pricks in the areas of the scalp used for harvesting but these fade. All incisions and cuts leave a scar, but an FUE scar is barely visible to the naked eye because each FUE scar shrinks to less than 0.5mm.9 I have also noticed a surge in men wanting to wear their hair short around the back and sides of the scalp – and this style favours FUE over FUT.

As with any surgery, there can occasionally be complications such as an infection, which can usually be remedied with antibiotics. Also, there is a chance that the new follicles become ingrown hairs, leading to cysts. These ingrown hairs need to be removed and the cysts burst. With all hair transplant procedures there is a transection rate – recording the number of grafts that fail to take hold in the donor area. Transection rates for FUT and FUE vary between clinics. A low transection rate is a good sign of quality because it reflects the expertise of the surgeon in placing the grafts. The gold standard for the FUE transection rate is 5%.9

Side effects and post-operative care

The patient will need a week to recover from the transplant. It is recommended that they sleep slightly upright with several pillows for the first few days after a procedure so they do not damage the hairs. The patient should wear a buttoned-up shirt for a week or so afterwards, because removing a T-shirt or jumper after a procedure can displace the transplanted hair.

In the first two weeks after a transplant, nearly all the transplanted hair falls out due to the trauma of being moved to a new location on the scalp. This is known as ‘shock loss’ and is only temporary.12 Between eight and 12 weeks later, the new hair will begin to grow from the transplanted follicles. The new growth will progress over the next six to nine months but it can be a year before a hair transplant can be shown off to its full effect.

New techniques in hair transplantation over the last five years

Robotic hair restoration machines to assist with the extraction of follicles in FUE have been developed in the last seven years. Hair is selectively harvested with robotic precision with the aim of preserving the natural look of the donor area. The machine locates and extracts follicular units according to specifications programmed by the physician. A robotic system,13 introduced in 2011, is appropriate for brown-haired and black-haired men. Those with fairer hair may need to dye it first in order for the robot to best visualise the hair follicles.14 The effectiveness of these robotic transplants is yet to be confirmed. Early studies into the effectiveness of robotic surgery suggest that transection rates tend to be higher than manual procedures. Robotic transection rates were as high as between 6-15%.15 While the robot removes much of the highly repetitive work in extracting the grafts, there are significant disadvantages compared to more manual methods – particularly the size of the punches being larger, leading to more scarring. The machines are expensive and this impacts on patient costs.

SMP16 is a relatively new non-invasive technique for disguising baldness developed in the last ten years. SMP involves having your scalp tattooed with tiny dots that resemble the appearance of stubble or a short ‘crew’ cut. There is no scarring and it can also be used to hide transplant scars or conceal small areas where hair is thinning to make it appear denser. It is a good option for men who suffer from alopecia universalis (complete hair loss), and have no natural donor hair for a hair transplant. SMP does not penetrate the skin as deeply as normal tattooing and the colour can be matched to your previous hair colour and skin tone. The main drawback is that the tattoos fade and need to be replenished after approximately 18 months.

A look into the future

A hair transplant is a skilful distribution of available hair. However, no new hair is produced. But what if surgeons could solve the problem of the limited number of donor hair follicles? Researchers are currently trialling new alternative treatments:

New stem cell techniques involve retaining part of the donor hair follicle and supporting its regeneration – producing two follicles from one and doubling the extent of the donor hair. The main drawbacks so far have been related to the quality of both of the resulting hair grafts.10

Hair cloning involves healthy follicle cells that are extracted from areas of the scalp where there is no baldness. These cells are multiplied (cloned) by various culturing methods and the newly produced cells are then injected back in the balding areas of the scalp where they would produce new hair. However, the method is still in the research phase and no hair transplant clinics are currently using it to my knowledge.11

I believe FUE will continue to dominate for years to come, though there will always be a place for FUT, as FUE is not suitable for some patients. New stem cell techniques and hair cloning are still in their infancy and are unlikely to impact significantly on patients in the next five years. In the longer-term, though, they could both assist surgeons and provide new solutions for patients suffering from hair loss.